Wife cries, hugs husband after a cop shot the suspected carjacker dead on a Mexican street

Video captured the disturbing moment a wife broke down in tears and cradled her husband’s dead body moments after police shot him dead for trying to break into a car and aiming his gun at officers.

Eduardo Cardenas Mondragon, 20, was shot in the head and abdomen on Tuesday after he was confronted by police who caught him struggling with the owner of an SUV in the Mexican town of Alvaro Obregon.

Police say they ordered him to drop his weapon but opened fire after he aimed his .25 pistol at them, according to Mexican news outlet Sin Embargo.

Monica Arzaluz wraps her arms around her husband Eduardo Cardenas Mondragon, who was shot twice by a cop and died at the scene of a carjacking in Mexico City

He died at the scene. Meanwhile, his accomplice fled the scene on foot.

Monica Arzaluz, 24, broke down in tears and clutched his lifeless body,  as she screamed repeatedly: ‘Lalo, stop playing with me’.

The widow told Pasala that she believed her husband was a simple painter. 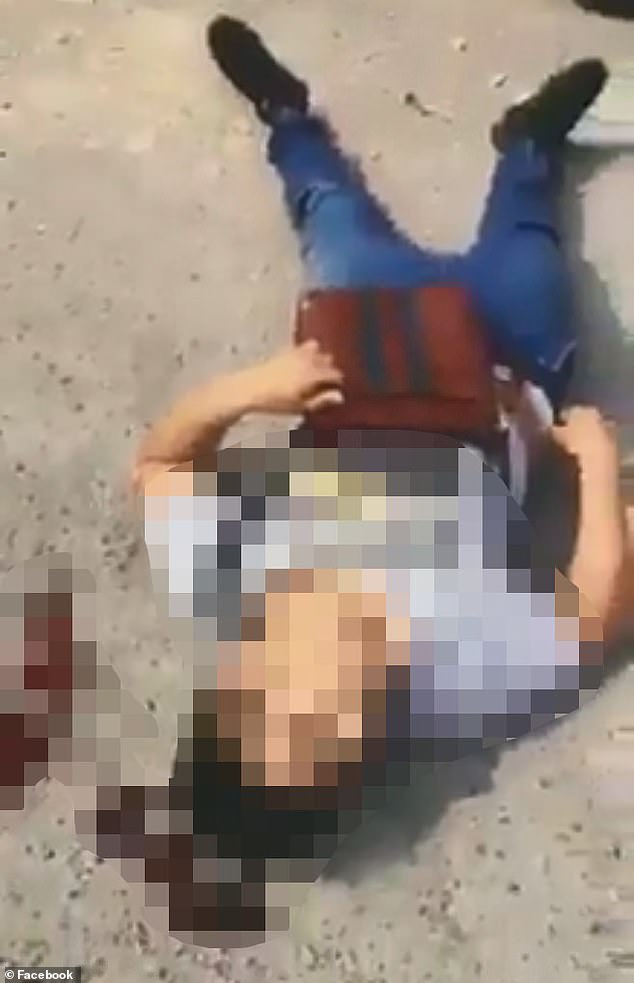 A Mexico City is found laying on the street pavement after he died from gun shot wounds after he pointed his gun at a cop, who responded by shooting the carjacking suspect in the head and in the abdomen 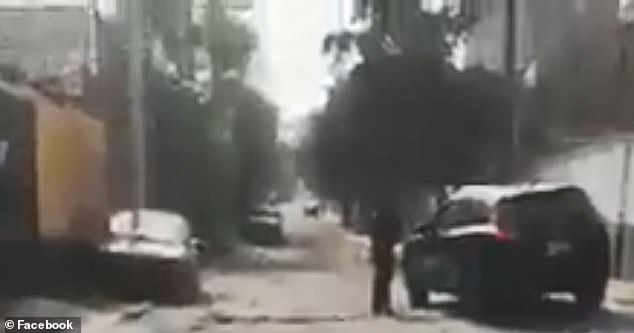 A cop stands near the site of a foiled armed robbery Tuesday in Mexico City after an owner of an SUV was almost carjacked. The driver left the scene immediately after a patrol cop killed one of the suspects 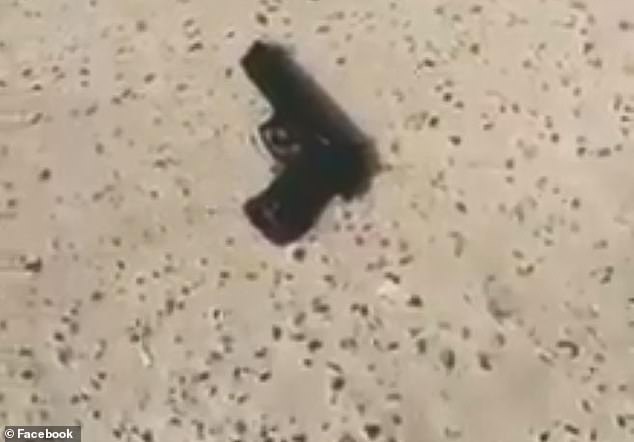 Eduardo Cardenas Mondragon pointed a .25 pistol (pictured) at a cop and allegedly refused to stand down while other residents say he was about to turn himself in before the cop shot him dead

‘What they tell me is that the truck was [going to be stolen] with another person. But if he had already surrendered, why he was killed,’ Arzaluz told Pasala.

‘That policeman already had it out for him. He had already told him on another occasion that he was going to kill him and he killed him.’

According to La Neta Noticias, Cardenas Mondragon had a lengthy crime sheet with four arrests for auto theft.

Area residents knew him for his string of store robberies and muggings of passers-by.