A midwife has won a bitter court battle against her wealthy tech boss ex over their £1million home and claims he told her she was the equal owner at the pub 13 years ago.

Claire Chipperfield, 52, and wealthy tech boss Andrew Horn, 58, lived together for more than 15 years and had two children but never married.

When the couple left London to escape to the country in 2006, Mr Horn put forward most of the deposit on their new home in Lymington, Hampshire, contributing almost five times the amount of her former partner.

And after they split in 2016, he sued her claiming most of their house belonged to him, despite it being in both their names.

But Ms Chipperfield has won her fight for an equal share of the house after telling a High Court judge her ex-partner promised it to her in a pub 13 years ago.

Claire Chipperfield, 52 (pictured), has won a legal battle against her wealthy ex-boyfriend Andrew Horn, 58, over their £1million home in Hampshire 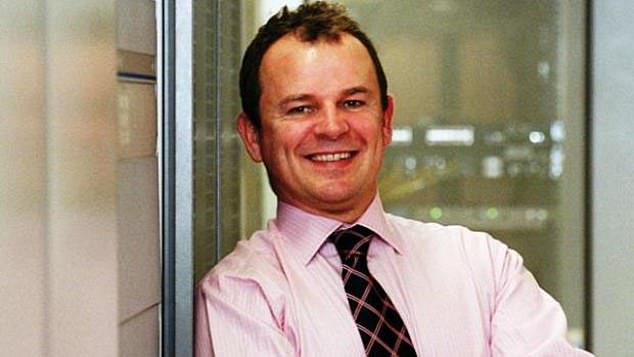 Mr Horn (pictured) put forward most of the deposit on a new home in Lymington, Hampshire, contributing almost five times the amount of her former partner

‘Well, that’s it Chip, we are now 50/50 owners – but that means you owe half the debt as well,’ he had told her in the boozer, said Mr Justice Freedman.

The judge also said Mr Horn had ‘failed to acknowledge the sacrifices which Ms Chipperfield made to the family in terms of her career and the significant contributions which she made to the family finances’ in his bid for a bigger share of their former home.

Mr Horn, a CEO and consultant in the tech industry, agreed the pub conversation took place but insisted it did not mean the house should be shared equally.

‘The words were not to be treated as meaning what they said literally,’ he claimed.

He said he and Ms Chipperfield ‘kept their finances separate’ throughout their long relationship and insisted she didn’t deserve half the property where they raised their family.

But Mr Justice Freedman upheld an earlier finding that the conversation occurred in the way described by Ms Chipperfield.

Refusing Mr Horn’s bid to resurrect his case on appeal after losing in a county court, he said: ‘Contrary to the submission made on behalf of Mr Horn, the words were to be given their literal meaning, which is also their natural and ordinary meaning.

‘The reference to 50/50 meant both literally and in context that the ownership would be shared in those proportions,’ he said.

He also backed an earlier finding in the county court by Judge Michael Berkley that the couple and their children ‘were a true family and the parties had thrown their lots in together’. 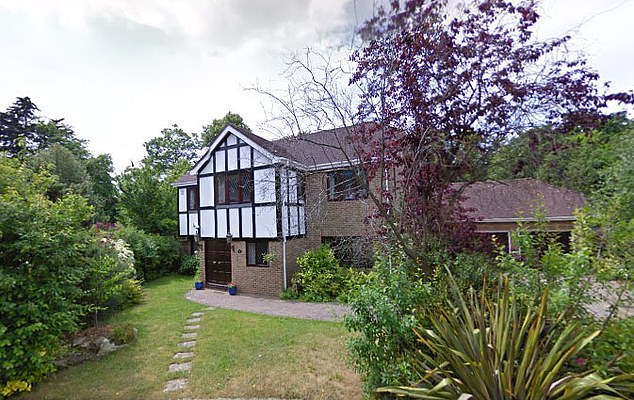 Pictured: The couple’s former home in Lymington, Hampshire, which is now worth more than £1million

In his ruling, Mr Justice Freedman said: ‘Mr Horn and Ms Chipperfield were a couple who never married’, adding that Ms Chipperfield ‘ceased work during the early part of the children’s lives’.

‘Ms Chipperfield says that the parties discussed that they would own the property together and that it was a joint purchase, reflecting their committed relationship and status as a nuclear family,’ he went on.

‘On one occasion in the pub, Ms Chipperfield says that Mr Horn said to her: ‘Well, that’s it Chip, we are now 50/50 owners, but that means you owe half the debt as well’.

‘Critically, the judge found that the conversation in the pub occurred in the manner recalled by Ms Chipperfield.

‘He found that, at the relevant time, Mr Horn was prepared to commit to a 50/50 ownership, based on the parties’ joint debt and the parties’ commitment to one another.

‘He found that, neither at the time of the purchase, nor thereafter, was there any discussion to the effect that the shares should be other than 50/50.

‘The judge took into account the fact that the parties kept their finances separate throughout the relationship and that Mr Horn did not like Ms Chipperfield opening letters addressed to him,’ he added.

Mr Justice Freedman ruled that there had to be a presumption that the house would be split equally.

That decision was ‘reinforced by the facts as found by Judge Berkley, including the [pub] conversation which was of crucial importance,’ he concluded.