Winner or loser: What was in the Budget for you?

In the first fully Conservative budget in 19 years, Chancellor George Osborne has opted to help the lowest paid, while also providing a boost for young workers, middle earners and the self-employed. However, families reliant on working tax credits will see the benefit frozen for four years as the chancellor seeks to slash welfare spending. JAMES SLACK offers his analysis on the winners and losers of Budget 2015.

The lowest paid: Replacing the £6.50 minimum wage for over-25s with a £9 Living Wage delivers more than £5,000 a year extra for a full-time worker. Some 6million salaries will be increased – though some of this will be offset by tax-credit cuts. The threshold at which most people start paying tax will rise by £400 from £10,600 to £11,000.

Armed Forces: The Tory Right was delighted by the Chancellor’s pledge to spend 2 per cent of GDP on defence – something he refused to commit to before the election. MPs will want to check for any double-counting of money from the aid or security-service budgets.

The NHS: Spending will increase by £10billion a year in real terms by 2020 – the exact sum the head of the NHS says is required.

Tax-credit recipients: Working-age benefits such as tax credits will be frozen for four years. The income threshold for tax credits is to be reduced from £6,420 to £3,850.

Large families: From 2017, parents will not be able to claim tax credits for more than two children. Currently one in five families claiming tax credits have three or more children. Those already in the system will not lose out as the policy is intended to encourage parents to only have children they can afford to raise.

Less well-off students: Maintenance grants for those from the poorest backgrounds will be replaced with loans from 2016/17, which they begin paying back once they earn £21,000.

Public-sector workers: The 1 per cent cap on rises in public-sector pay – introduced in 2009 – will stay for four years. With inflation (now 0.1 per cent) expected to hit 2 per cent over the Parliament, it is a real-terms pay cut that will infuriate union bosses at a time when MPs’ pay is being hiked by 10 per cent. 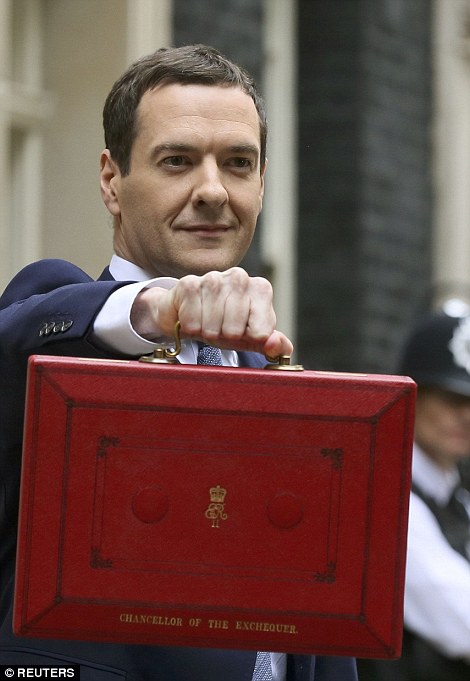 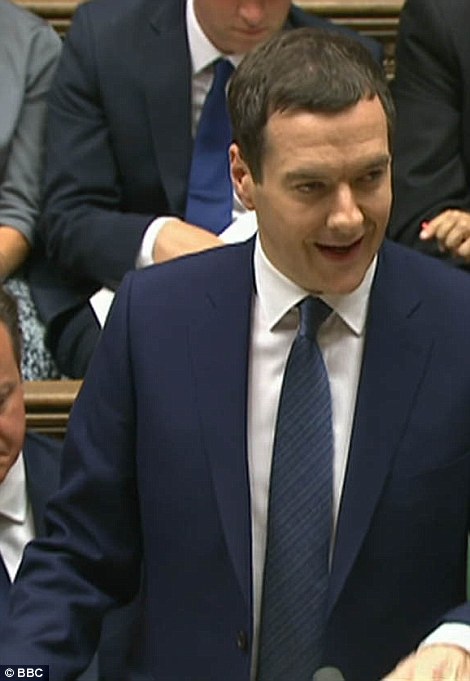 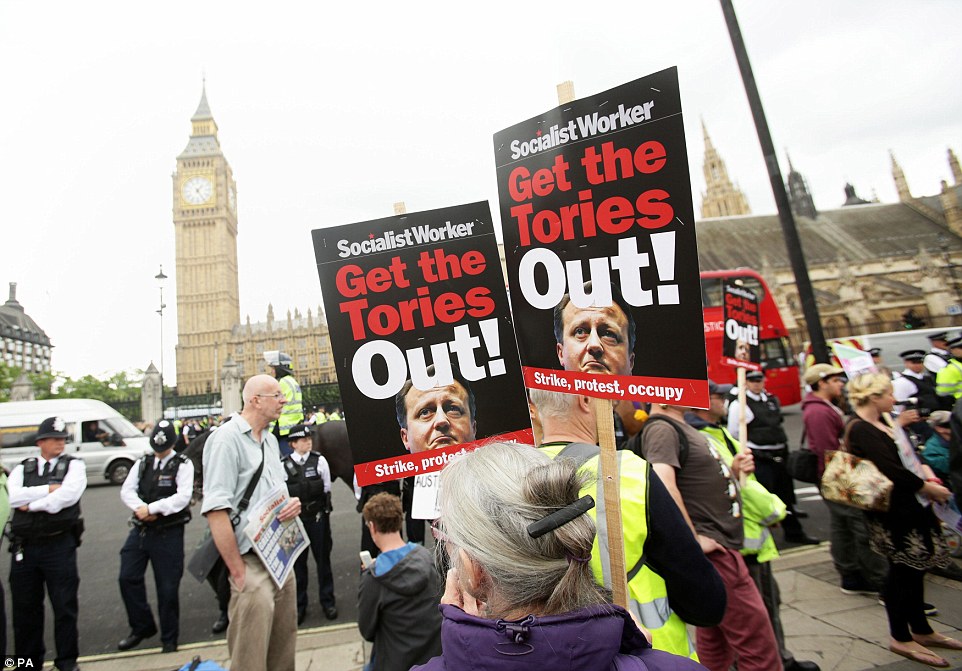 Mr Osborne said that the welfare cap would reduce to £20,000 or £23,000 inside London in an effort to control government spending

Families who buy a new car: Most new-car buyers will pay a £140 charge from 2017. Currently no Vehicle Excise Duty is paid on seven in ten new cars as they are eco-friendly. The money will be put in a special fund for road improvements.

Non-doms: Anyone resident in the UK for 15 of the past 20 years will pay full British taxes on all worldwide income and gains. People will no longer be able to inherit non-dom status.

Labour: The party was hit for six by the living wage announcement. Leaderless, it must now agonise over whether to repeat the mistakes of the last Parliament by voting against benefit cuts that are popular with most voters.