A woman from Texas was caught on camera stealing packages from the the front porch of a house but she was in for a surprise of her own.

The homeowner who lives in Seabrook near Houston was able to view the theft in progress through her Ring peephole camera and speak directly to the thief.

‘I was at work on lunch break when my Ring doorbell app went off letting me know someone was at the front door via motion detection. I usually ignore it because it goes off a lot due to trees blowing in wind makes it go off, but when I checked it, I saw this lady walking around her car and opening the door. At first, I thought she maybe she was delivering my packages, but then it became clear she was not,’ the woman wrote in a posting online. 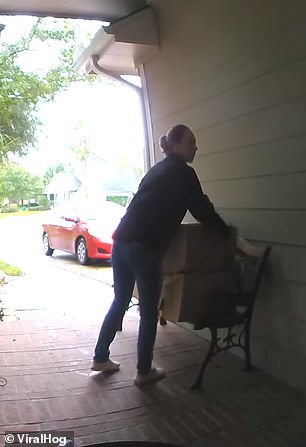 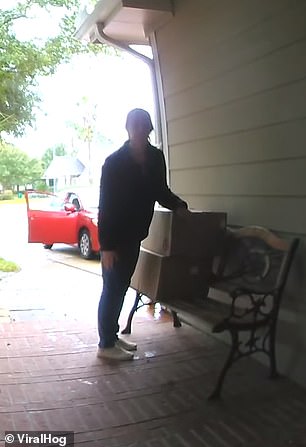 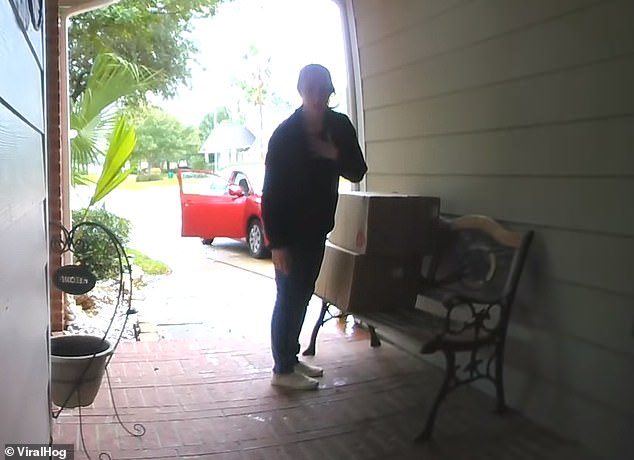 The woman had already loaded up two packages into her car when she was interrupted.

Quick as a flash the perp responded ‘Is this Deborah’s house?’ pretending as though she had mistakenly arrived at the wrong address.

‘No it’s not! Put my packages back on the porch!’ she instructed the woman.

‘Oh my God, I’m so sorry!’ the thief kept repeating as she frantically ran back to the house. 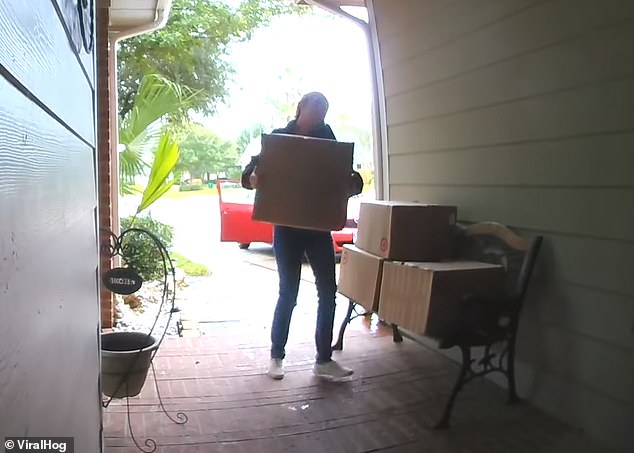 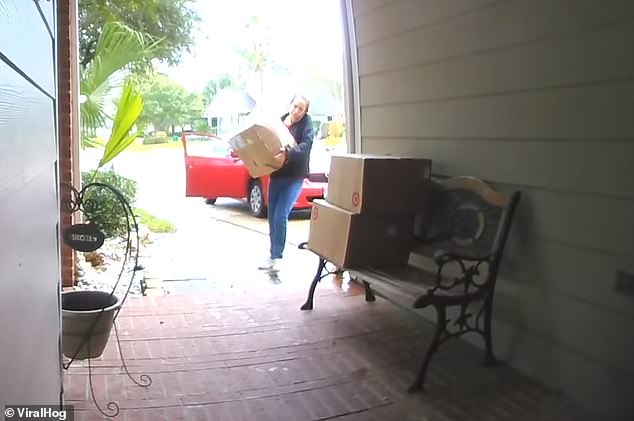 As she did so, she pretended to be on the phone speaking to ‘Deborah’  in order to get the correct address. Al the while, the woman kept on saying ‘sorry’.

‘I was confused about how she would have the wrong house,’ said the homeowner to ViralHog. ‘She then put the packages back on the porch.

‘I called the police and they reviewed the video, assuring me she was a professional thief. They did not recognize her but knew her antics. The police were impressed about the quality of a doorbell camera and asked what was in the packages she was trying to take. I told them each box was 35 lbs of kitty litter.’ 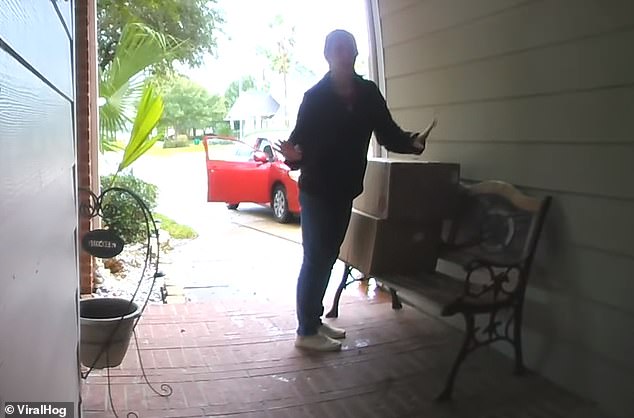