A woman has died during a Spanish fiesta after a stray firework lodged in her mouth and exploded.

The 56-year-old was killed at around 8.30pm on July 13 in the town of Viso del Marqués, in central Spain, during a procession for the festival of San Cristobal.

A 51-year-old man who lit the firework has been arrested for reckless homicide, local media reports.

A 56-year-old woman has been killed after a firework lodged in her mouth and exploded during a procession for the festival of San Cristobal in Viso del Marqués, Spain (pictured)

The accident happened outside the local Our Lady of Assumption church, just as the procession was about to depart.

The woman was pronounced dead at the scene, with medics saying that nothing could be done to save her.

Town authorities have suspended the festival and announced two days of mourning for the woman, who was described as being from a well-known family.

José Calzada, the local mayor, told Castilla La Mancha Media that he ‘deeply regrets’ the accident while extending his ‘deepest sympathies’ to the family and friends of the victim. 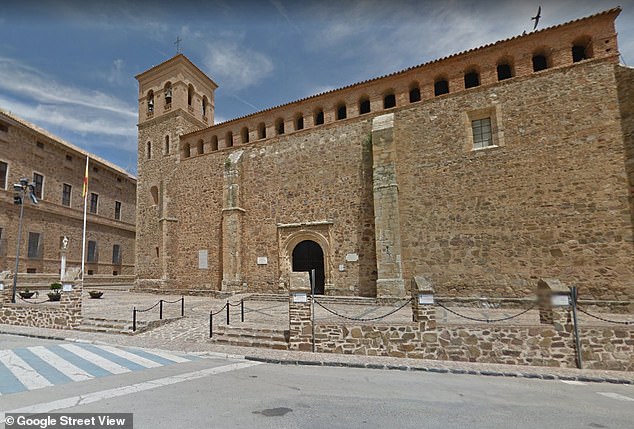 A 51-year-old man who lit the firework fuse has been arrested for reckless homicide, while two days of mourning were declared (pictured, the church where the explosion happened)