Woman is ‘refused a termination by Irish hospital’ just weeks after abortion was legalised, despite the foetus showing a ‘fatal abnormality’

A woman in Ireland was denied an abortion despite the country recently passing legislation to make it legal.

The woman now plans to travel to England, a well trodden path for Irish woman, to get an abortion to terminate the fetus after it was found to be showing a ‘fatal abnormality’.

The Coombe hospital, a leading maternity facility in Dublin, reportedly refused to terminate the pregnancy because it did not ‘fall neatly’ into a fatal foetal abnormality diagnosis.

Ireland had a constitutional ban on abortions until an historic vote made it legal as of January 1 this year.

The Coombe hospital, a leading maternity facility in Dublin, reportedly refused to terminate the pregnancy 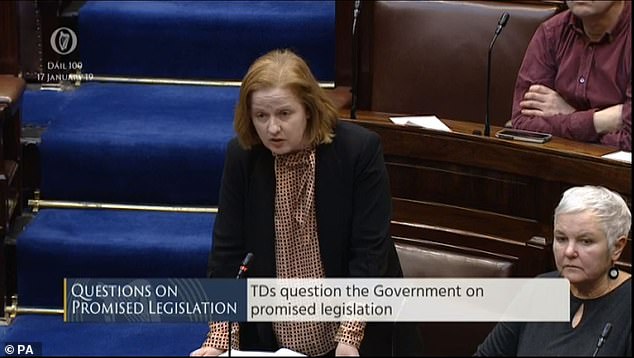 Ruth Coppinger of Solidarity, a socialist party, said that the woman was told by two consultants that the child’s organs were outside its body. Pictured speaking on the issue in Irish parliament

Despite this, the hospital board allegedly overruled two of its consultants in defining the unborn child’s condition as a fatal foetal abnormality.

This a claim the hospital deny, saying that their board has no rule over certifying decisions like this.

Under Ireland’s new abortion laws, a GP can perform the abortion up to nine weeks of pregnancy. 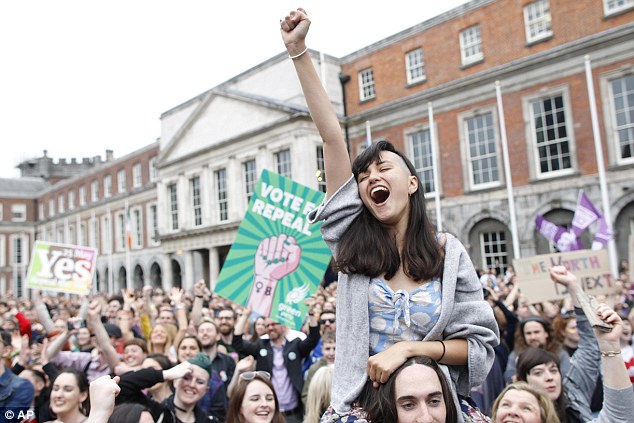 After that, between nine and 12 weeks, hospitals perform them with a decision being made afterwards when there are ‘exceptional circumstances’.

The woman contacted politicians over the matter and they raised the issue yesterday in Irish parliament.

‘Her words to me were: “This is not what I voted for. I have constitutional rights,” Bríd Smith, of the People Before Profit party, told the Dáil chamber. 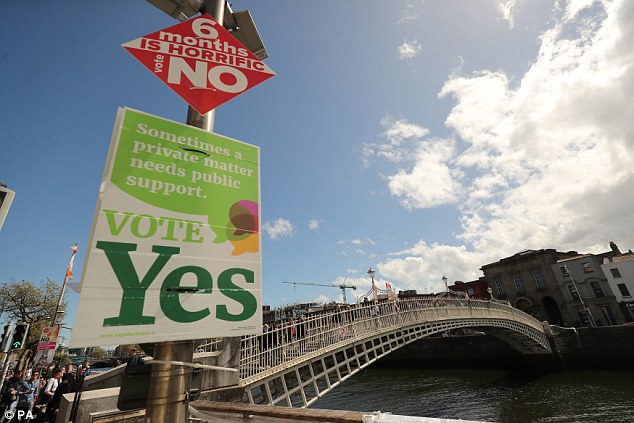 ‘She is finding it hard to sleep, knowing the condition her much-wanted child is in. She wants a termination. She is entitled to it. This country voted for it. It is the law.’

Ruth Coppinger of Solidarity, a socialist party, said that the woman was told by two consultants that the child’s organs were outside its body and that the diagnosis was confirmed a week later before being overruled.

‘One doctor, her consultant, and then another consultant were brought in and said, yes, it is a fatal foetal abnormality. A week later it went to the board and the board has overruled that,’ Coppinger told the chamber. 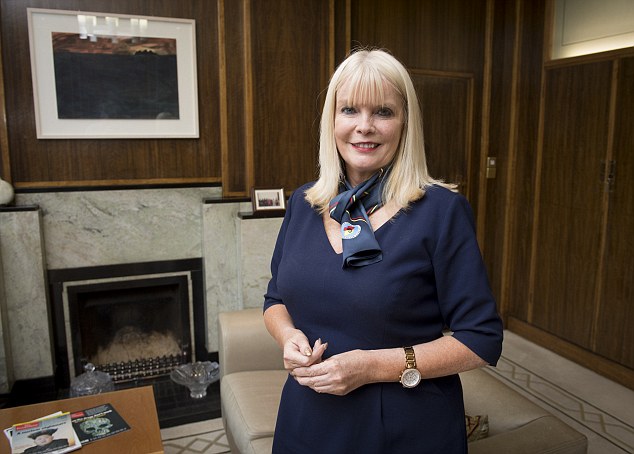 Junior Minister Mary Mitchell O’Connor told media in Ireland that ‘we need to have the full facts of this case’ after Coombe Hospital denied that their board have no role in the ruling of the case.

‘Nineteen maternity hospital have signed up to provide this service, so obviously there are challenges at the beginning of this service – but as I said I’m not going to rush to any judgement,’ she added.

However, the woman claims she was told that her foetus’s condition – including a displaced heart – ‘doesn’t fall neatly into a fatal foetal abnormality,’ according to The Irish Examiner.

In a statement, National Women’s Council of Ireland director Orla O’Connor said it is essential that ‘complete clarity’ is brought to the case, saying what happened ‘has the potential [to cause] widespread anxiety for women in Ireland’.