A young woman has opened up about her battle with severe depression after her family lost everything in the deadly Black Saturday bushfires.

Mariah Payne was just 15 when her family home was gutted in the February 7, 2009 blazes in regional Victoria.

The town of Callignee in the Gippsland region was virtually wiped out, where four people were among the 173 lives lost across the state in what remains Australia’s deadliest bushfire disaster.

Now 25, Ms Payne is sharing her mental health battle in the hope of helping young people devastated by this summer’s horror bushfire season.

Ms Payne and her family fled to her grandparents’ home after a neighbour alerted them that a fire was heading their way that unforgettable day in 2009.

She still has vivid memories of returning to the damaged property with her family several days after the fire.

While two tanks, a dog kennel and her dad’s tractor were unscathed, their home was destroyed.

‘Seeing the damage for the first time was very surreal and hard to grasp at the time,’ Ms Payne told Daily Mail Australia.

‘It didn’t really hit me at first. It wasn’t until six months down the track it began to affect my mental health.

‘That’s when it sunk in that I no longer had a home. 173 people were killed that day. The complete loss of life was tragic.’ 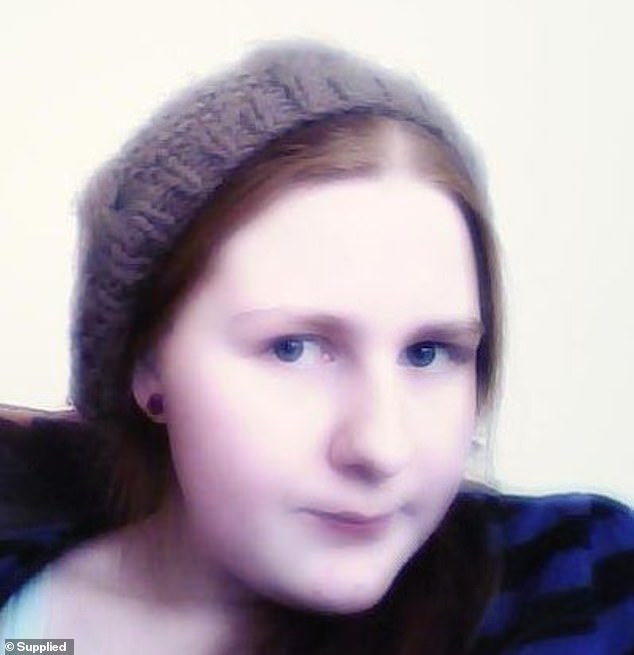 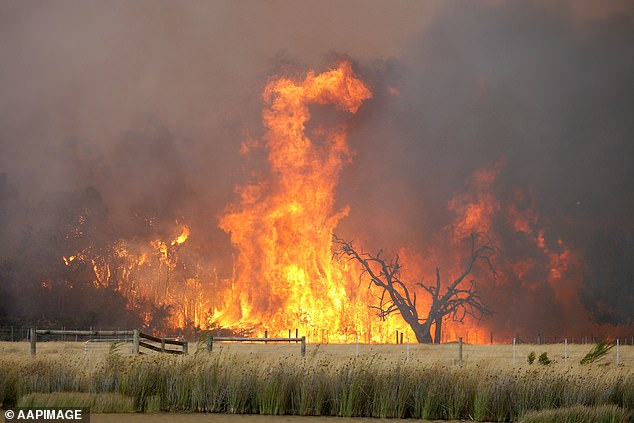 The Black Saturday fires claimed 173 lives. Pictured is Bunyip Ridge bushfire, near Tonimbuk, around 100 kilometres from where Mariah’s town was wiped out

She admitted she contemplated taking her own life during her darkest moments.

‘I was in a puddle in s**t and felt so helpless, unable to do anything,’ Ms Payne said.

‘I lost my focus at school and went depression because I no longer had what I had before.’

‘There also wasn’t much awareness or help for young people at the time.’

Ms Payne eventually sought help and support  from Youth Insearch, a youth intervention service which helped her overcome and deal with the grief over the loss of her home and belongings.

‘I don’t know where I would have ended up if it wasn’t for them as I was going though some hefty s**t,’ she said.

But it wasn’t until 2016 that she saw light at the end of the tunnel. 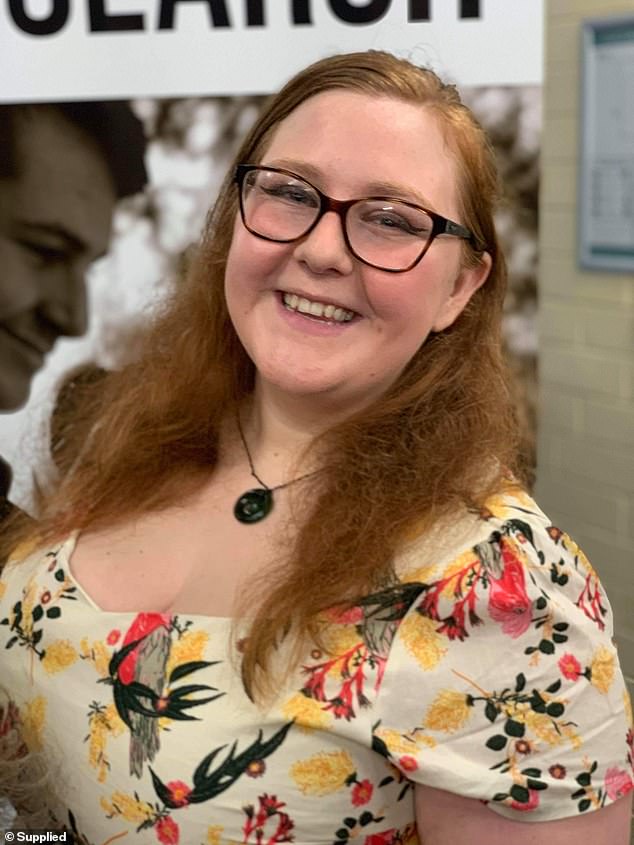 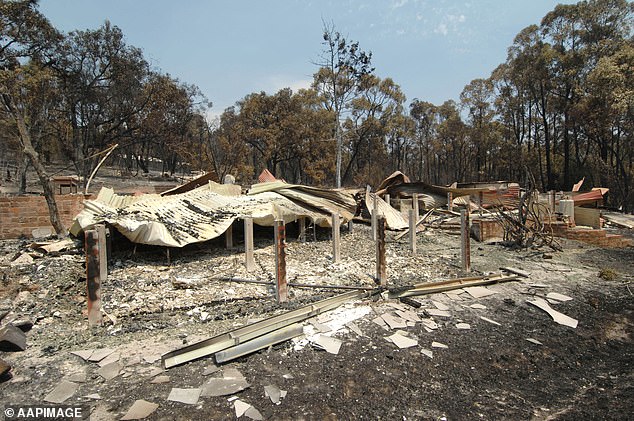 The Gippland region was one of the hardest hit areas in the Black Saturday fires in February 2009, including the town of Boolarra (pictured)

The creative arts Masters student now volunteers with Youth Insearch and Headspace, where she helps young people impacted by bushfires that have recently devastated the Gippsland region, which she still calls home.

More than 400 homes have been lost in the recent fires in the region.

‘They can’t brush it off, talking about it and getting support is the key thing,’ Ms Payne said.

‘I now see Black Saturday as a positive life-changing period.’

Now in its second year, the campaign encourages young people to open up about the taboo topic of suicide with their friends, families and communities.

Suicide is the biggest killer of Australians aged 15-24 and claimed 458 young Australians in 2018.

For every suicide, up to 200 other young Australians attempt to take their own lives, according to Youth Insearch. 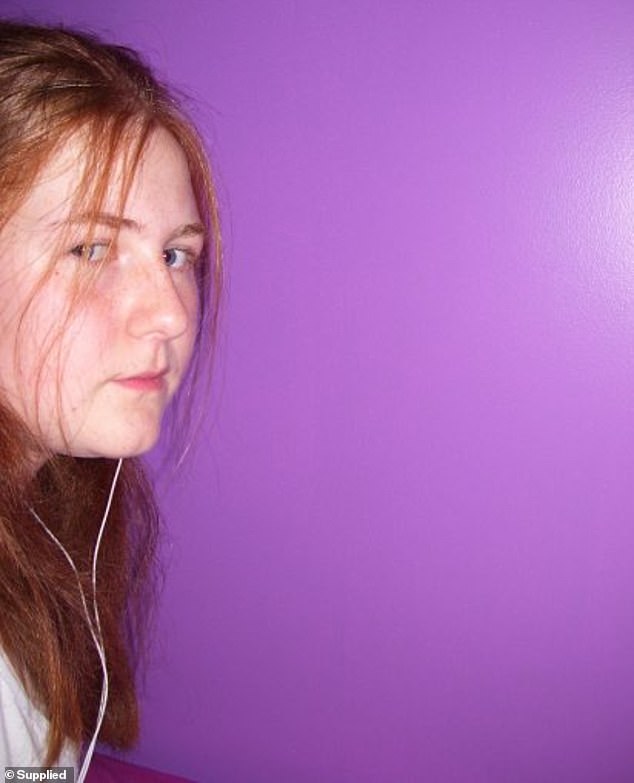 ‘I was in a puddle in s**t and felt so helpless,’ Mariah (pictured as a teenager) said

An estimated 400 fires swept through Victoria, destroying more than 2000 houses in its destructive path on February 7, 2009, now known as Black Saturday.

Of the 173 people killed including Channel Nine newsreader Brian Naylor, 113 were inside homes, 27 were outside houses and 11 in vehicles.

Another six were in garages, five near vehicles and five more on roadways.

Seven deaths occurred in bunkers, some of them specifically designed to protect against fires.

One firefighter, 47-year-old David Balfour from the ACT was killed near Cambarville when a burnt-out tree fell on him.

Black Saturday burnt out 450,000 hectares of land and destroyed 3,500 structures.

More than 11,800 head of livestock were destroyed, made up for 2,150 sheep, 1,207 cattle and an unknown number of other animals such as horses, pigs and goats.

The recent bushfires and drought crisis has serious emotional and mental distress for young people, according to Youth Insearch chief executive Stephen Lewin.

‘We have seen a spike in requests for youth mental health support services in bushfire affected communities like Gippsland in Victoria.’

‘The funding is a recognition that the pain isn’t just felt in the loss of homes and infrastructure, but in people’s minds as well,’ he said.

Federal politicians will wear blue heart badges in parliament to raise awareness, including Sydney-based MP Julian Leeser, who lost his father to suicide.

‘This is an important campaign for raising awareness about the help that is available for young people contemplating suicide and ending the scourge of suicide among our youth,’ Mr Leeser said. 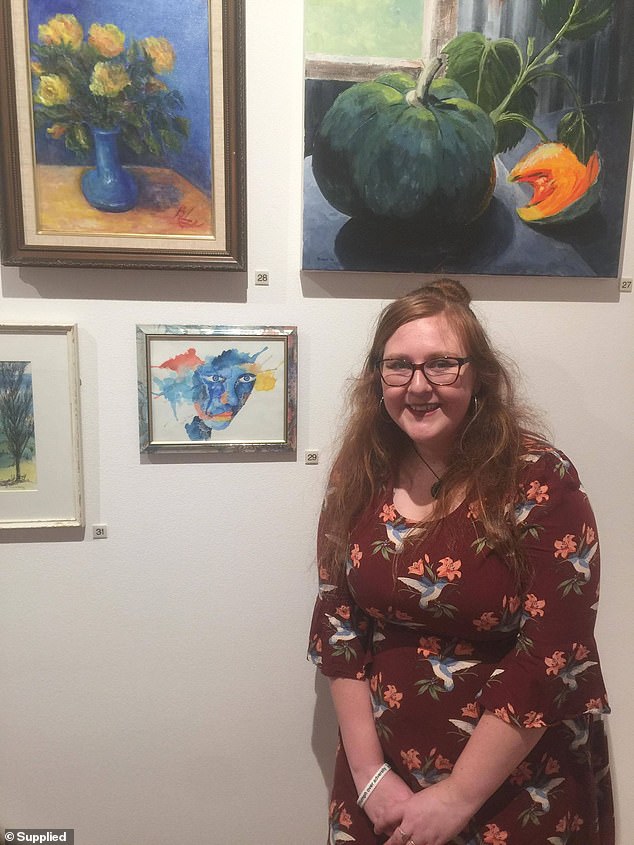 Mariah Payne (pictured with her artwork) says she wouldn’t be where she is today without the support of Youth Insearch, a youth intervention service

Ms Payne had this message for young people whose lives have been devastated by the recent bushfire crisis across Australia.

‘You’re not alone, there are people out there who will listen,’ she said.

‘It’s hard but you need to reach out to family, friends and support services.’