A woman who was kept prisoner in her own home and ‘not allowed to eat, drink, or move unless it was to be raped by her ‘monster’ boyfriend has shared her fears that he will do it again.

Sophie Crockett, 26, of Aberdare in Wales, who has Asperger’s Syndrome, was controlled by Simon Matthew Tibble for two years after he groomed her at the age of 17.

In a new book about her ordeal, she recounts how Tibble, now 38, subjected her to a torrent of sickening abuse and kept her naked or dressed in child-like clothes while carrying her around, washing and feeding her, and even accompanying her to the toilet.

Sophie finally escaped in July 2012 and in December 2013, Tibble pleaded guilty to false imprisonment after a deal with the prosecutor saw the rape charges dropped.

He was sent to psychiatric hospital for an ‘indefinite’ period but in 2018 – after serving just four years – Tibble was released – and Sophie now fears he will ‘get his revenge’.

Sophie Crockett (pictured), 26, of Aberdare in Wales, was controlled by Simon Matthew Tibble for two years after he groomed her at the age of 17

‘Learning that he was out of detention was the biggest shock I have ever had in my life, like a punch in the face. I could barely catch my breath,’ she said, according to The Sun.

‘Every day I live in fear that at some point he will exact his revenge on me for locking him up. In my opinion it is not a case of if he does it again, it is a case of when.’

Sophie, who had suffered from an eating disorder, depression and anxiety, said her condition made her a prisoner in her childhood home because of her fear of venturing out.

But eventually the Welsh teenager joined with society and met Tibble when canvassing for a political party in her home town.

But Tibble, from Slough, soon isolated her from her family and moved them into a cottage together – where he kept her naked or dressed in child-like clothes. 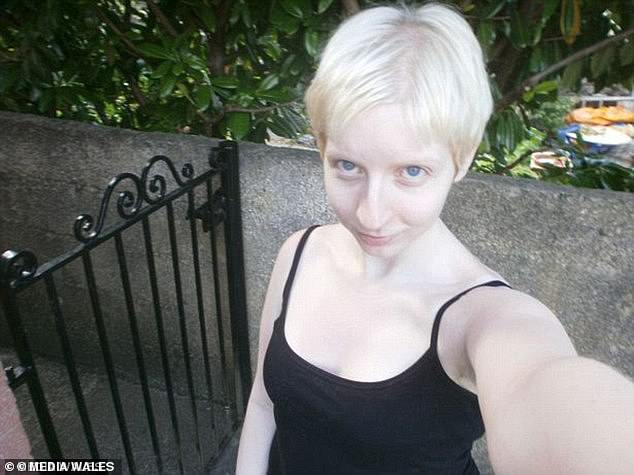 Sophie, seen above, says Tibble, 38, subjected her to a torrent of sickening abuse and kept her naked or dressed in child-like clothes while carrying her around, washing and feeding her, and even accompanying her to the toilet

Her obsessive boyfriend would threaten her parents and use violence to get his way.

‘He isolated me from the people I loved, convinced me he was good for me and then, when I realised the true extent of his evil, controlled me with violence and my fear that he would kill my family if I disobeyed his commands,’ Sophie said.

‘I was kept prisoner I wasn’t allowed to eat, drink, or move unless it was to be raped by him. He would be like a wild animal, sticking his fingers into my eyes, screaming into my face and trying to rip the hair out of my head.’

One morning Sophie woke up to see her boyfriend with a knife in her face, telling her she would die.

‘I woke up at around 7am and he told me “today is the day we die”,’ she previously told Wales Online. 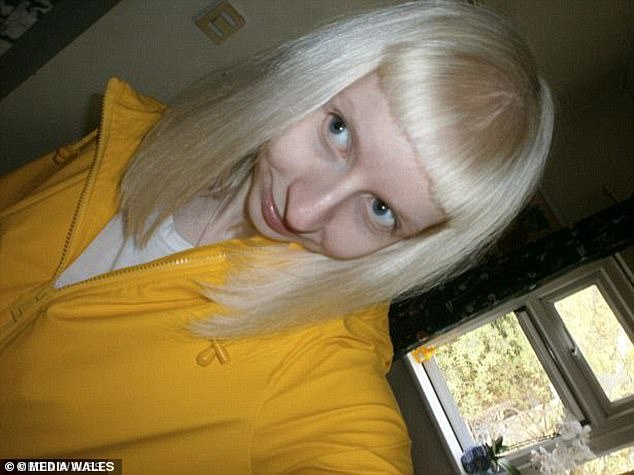 Sophie (pictured) finally escaped in July 2012 and in December 2013, Tibble pleaded guilty to false imprisonment after a deal with the prosecutor saw the rape charges dropped. He was sent to hospital for an ‘indefinite’ period but in 2018 he was released

‘He said: “We must now be like Romeo and Juliet, we will never leave this room but be together forever”.’

Sophie was kept in the house for three days thinking she would die but escaped when a chattering toy Furby annoyed Tibble so much that he threw it out of the door.

Seizing her chance, Sophie bolted for freedom and ran barefoot to her parents’ house – as her family had previously tried to rescue her and police had issued her with an Osman letter, saying they thought her life was in danger.

On December 9, 2013, Tibble, who was described by a judge as a ‘danger to all women’, pleaded guilty at Merthyr Crown Court to falsely imprisoning Sophie for four days in June 2012.

Five years later Sophie was devastated to learn Tibble had applied to a mental health tribunal for unescorted leave and was later moved to a half-way house in Bridgend.

Sophie, who has written about her trauma in a new book, said: ‘It was my worst nightmare come true. I couldn’t believe it. I live in constant fear I am even to scared to go into my own garden.’

A Ministry of Justice spokesperson said at the time of his release: ‘Those discharged from a restricted hospital order are supervised by both a social worker and a clinical supervisor, generally a consultant psychiatrist.

‘In circumstances such as this, they are also usually subject to conditions that prevent them from contacting or going close to their victims. They may also be recalled to hospital if their mental health deteriorates.’

Against My Will by Sophie Crockett is published by Harper Element at £7.99