Woman with cancer caused by asbestos gets all clear

One of the youngest people to develop a rare cancer after digesting asbestos fibres as a child has been told she is now free of the killer disease.

Danielle Smalley has been given the all clear after being ‘gutted and virtually disembowelled’ in a 10-hour operation.

The 23-year-old was last year diagnosed with mesothelioma – an aggressive illness which usually develops in the lining of the lungs, abdomen or heart, caused by the dangerous substance.

Doctors believed the asbestos had been present in her body for about 20 years, meaning she had swallowed some when she was three.

Last month, the client relationship manager had groundbreaking surgery during which she was sliced open from her chest to her pubic line so that all traces of cancer were cut away.

Her entire stomach lining was removed and her bowel was ‘rearranged’ and kept in place using healthy tissue from her diaphragm.

Danielle Smalley, from Hampshire, was diagnosed with aggressive mesothelioma 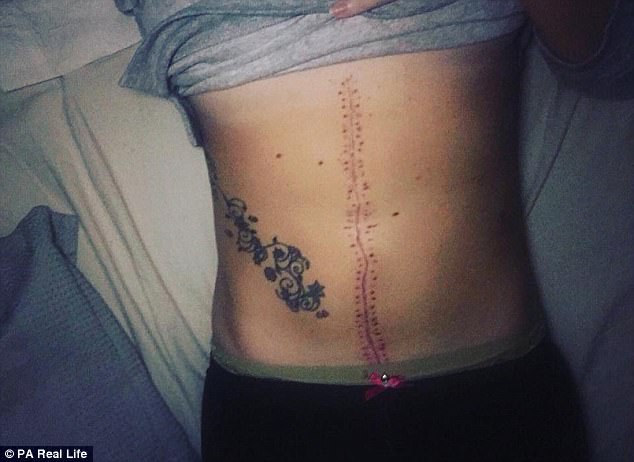 She said: ‘I’d pretty much written off Christmas this year, as I thought I would be too ill, after being gutted and virtually disemboweled.

‘This is a really rare form of cancer and for many people, it’s found too late. My doctors have been amazing and I can’t believe I have come through the other side.’

Ms Smalley’s cancer was diagnosed in April 2017 after medics initially speculation that she had an ovarian cyst, then irritable bowel syndrome, before a malrotated bowel was discovered – where the intestines are on the wrong side of the body.

Believing it was causing a blockage in her stomach, doctors tried to remove it in January 2017, but found numerous cysts and tumours behind her bowel, growing on the peritorium – or stomach lining.

It then took several months to diagnose mesothelioma. With 50 per cent of cases found in men over 75, it is rare in women, but even rarer in young people. 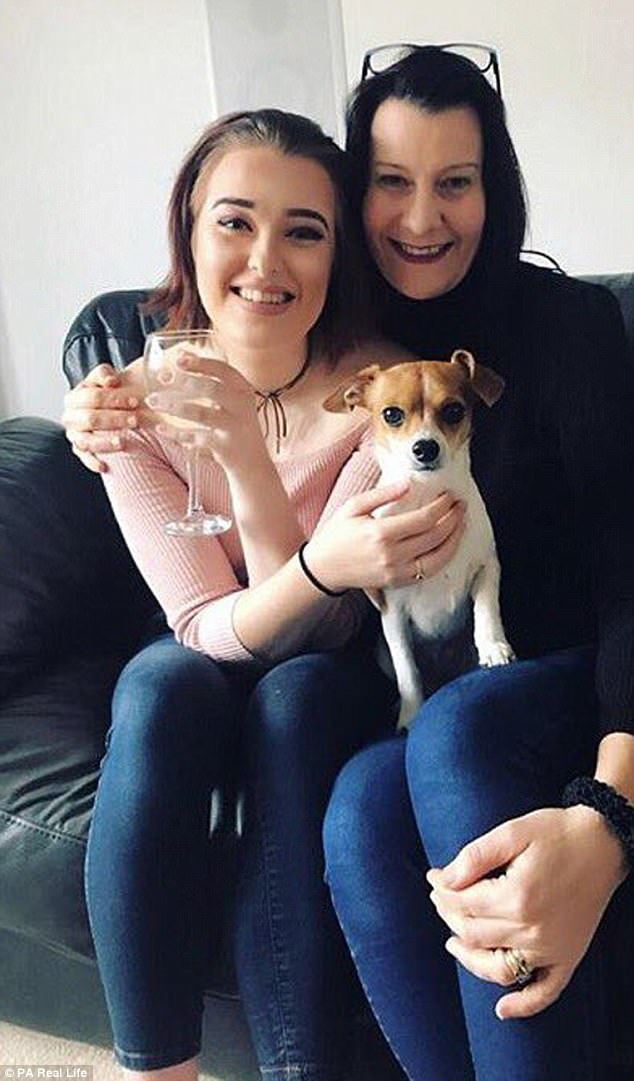 Doctors believed the asbestos had been present in her body for about 20 years – but her family, including mother Amanda Smalley, 47, pictured right, are baffled as to how she ingested the dangerous substance

There were with only two sufferers under 25 diagnosed between 2009 and 2016 in the UK, according to the Office for National Statistics.

Ms Smalley and her parents were baffled as to how she had contracted the disease.

She said: ‘It’s unlikely we’ll ever find out where the asbestos was. It could have been anywhere, so I don’t blame anyone.

‘The type of mesothelioma I have means that I have ingested asbestos. I could have eaten something at a friend’s house, or in an old shed in the park I was playing next to, or anywhere, really. I’ve just been incredibly unlucky.’

In October last year, doctors discovered the cancer had spread quicker and further than they had anticipated.

This left no time for Ms Smalley to freeze her eggs before starting treatment in a bid to give her a chance of having children in the future.

She said: ‘I was devastated, as I knew I wanted kids in the future, but knew I needed to have treatment quickly.

‘Amazingly, though, they were able to move my ovaries further back in my body and they were protected from the chemotherapy so they think I will still be able to have children.’ 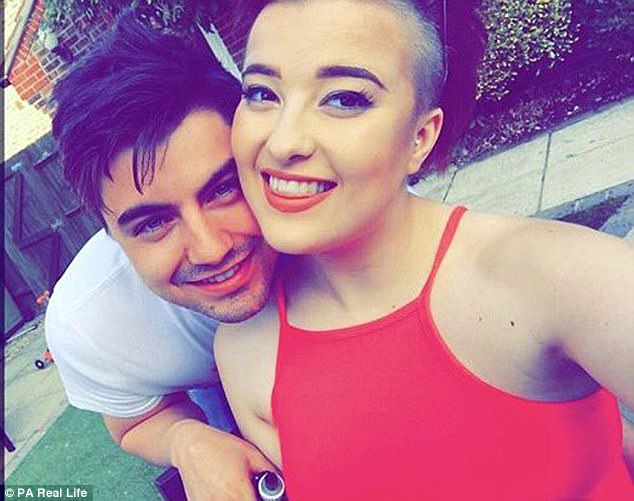 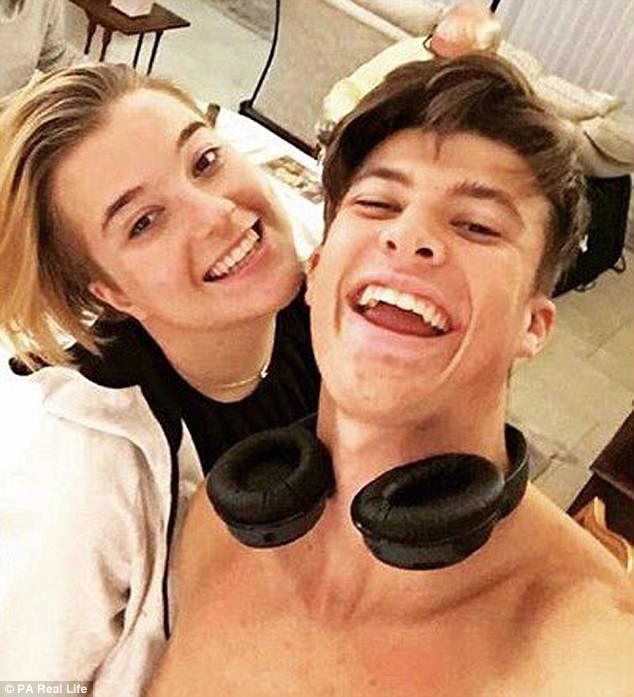 Surgeons did an amazing job

Now looking forward to the ‘best year ever’ in 2018, Danielle is amazed by the skill of the surgeons who have saved her life.

Speaking about her operation at Basingstoke and North Hampshire Hospital she said: ‘It was incredible and went better than anyone could ever have imagined.

‘I had been warned that there was a really high risk I could die, that I would get pneumonia or that they wouldn’t be able to get it all out – but they did.

‘I had been told I probably would need a temporary stoma bag, which may later become permanent, but they managed to avoid that, too. I am in awe of their skill and everything they did for me.’

Sedated for five days to give her body time to heal, while her family and boyfriend sales manager Jack Carter, 25, sat by her bedside, Ms Smalley remained in hospital for three weeks.

During this time she was tube-fed because her stomach could not cope with solid food.

Getting back to normal

But, after eating a few pieces of satsuma on December 1, she was able to return to the house she had moved into with Mr Carter a week before the operation.

She explained: ‘I still struggle to eat a lot, but I’m slowly building it up. I’ve lost over a stone since the surgery because of it.

‘I was really worried about losing my hair, but while it’s thinned a bit, it’s still there. I’ve lost some of my eyebrows and my leg and pubic hair but, if anything, that’s more convenient.’

Amazingly, on December 13, Ms Smalley was declared cancer-free and has continued to amaze her doctors. 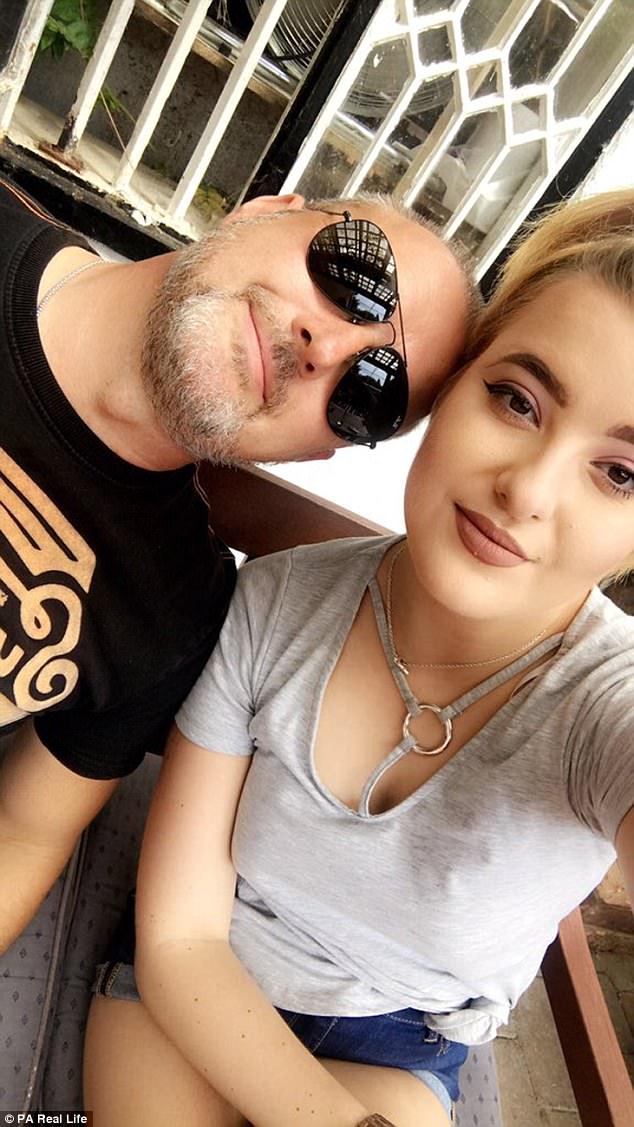 ‘When I went to see them, they couldn’t believe how well I am doing, but then they have never performed this surgery on someone so young before,’ she said.

‘It’s usually for much older people and I think I have been able to bounce back much faster.

‘They’ve told me they’ve removed all the cancer, but I will need yearly check-ups, as the asbestos fibres are still in my stomach. If it grows again, though, I can have more hot chemotherapy through a drain and it will be treated quickly.’

Still very tired, Ms Smalley is taking things slowly, but hopes to go back to work part time in February and build up to full-time again before too long.

‘Now 2018 is looking so much brighter and I can’t thank my doctors enough,’ she said.

‘My friends, colleagues, family and Jack have just been amazing throughout as well and I think they have really helped me to get back on my feet.’

Mesothelioma is a type of cancer that develops in the lining that covers the outer surface of some of the body’s organs. It’s usually linked to asbestos exposure.

More than 2,600 people are diagnosed with the condition each year in the UK. Most cases are diagnosed in people aged 60-80 and men are affected more commonly than women.

The symptoms of mesothelioma tend to develop gradually over time. They typically don’t appear until several decades after exposure to asbestos.

Mesothelioma is almost always caused by exposure to asbestos, a group of minerals made of microscopic fibres that used to be widely used in construction.

These tiny fibres can easily get in the lungs, where they get stuck, damaging the lungs over time. It usually takes a while for this to cause any obvious problems, with mesothelioma typically developing more than 20 years after exposure to asbestos.

The use of asbestos was completely banned in 1999, so the risk of exposure is much lower nowadays. However, materials containing asbestos are still found in many older buildings.