Women claim they were sexually abused as children by evil, rapist NUNS

A sexual abuse victims network is alleging that nuns have been raping children within the Catholic church and getting away with it for decades in what they say is a scandal as big as that of pedophile priests.

In the last week alone, dozens of people have come forward to report being sexually abused by nuns as children to SNAP, the Survivors Network of those Abused by Priests.

They have told how they were targeted by the women while being cared for in orphanages and schools over the last 50 years.

Among the alleged victims are women in their 60s and 70s who are telling their stories for the first time now.

Sister Mary Juanita Barto died in 2014. She abused Cait Finnegan (right) when she was a teenager for years. Cait is now speaking out about the abuse along with other victims 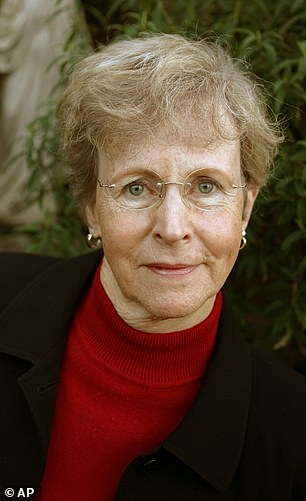 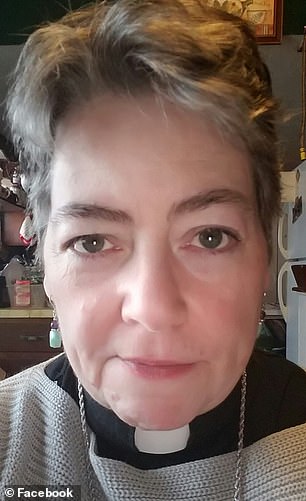 Mary Dispenza (left) and Cait Finnegan (right) both say they were raped by nuns as youngsters. Both stayed in the church for years afterwards but are now campaigning on behalf of sexual abuse victims

‘This is the next big thing for the church — the biggest untold secret,’ Mary Dispenza, a director at Survivors Network of Those Abused by Priests (SNAP), a St. Louis-based advocacy group, told The New York Post on Monday.

‘In the past, victims were very much ashamed and afraid to tell their stories, but they are starting to come forward and we are expecting that this may be as big as the priest abuse scandal.’

Among them is Cait Finnegan, a 67-year-old woman who says she was routinely abused as a teenager by Sister Juanita Barto at the Mater Christi High School in Queens, New York. 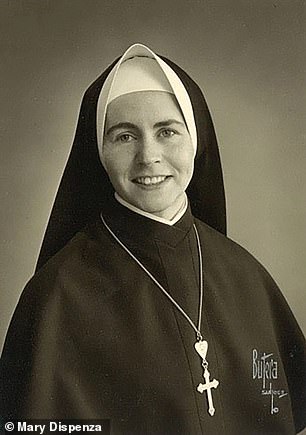 ‘She was obsessed with me 24 hours a day,’ Finnegan told DailyMail.com on Monday.

For years, she did nothing about the abuse out of shame but in 2004 contacted The Sisters of Mercy and had her case properly investigated.

Sister Mary Juanita admitted it when questioned by the order’s lawyer and told them that Cait ‘wanted it’, she said.

Because the statute of limitations had passed for both civil and criminal action, nothing could be done to bring her to accountability.

The order paid for Cait to undergo therapy, she said, but they made no other offer.

Now, in light of the Child Victims Act which was passed last week in New York and gives sexual abuse victims a one-year window to file civil claims, Cait is considering taking action.

‘The pain has been revived,’ she told DailyMail.com on Monday, adding that she was not yet sure if she wanted to go through with a lawsuit. 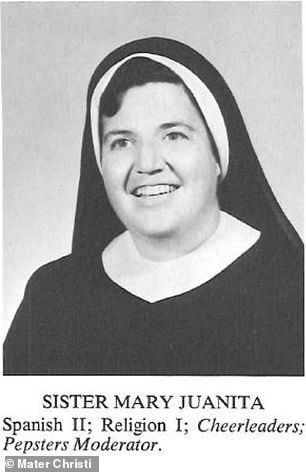 Before she died, Sister Mary Juanita told the order’s lawyer that she did carry out the abuse but that Finnegan ‘wanted it’

She believes that her abuser would never have hurt young children and that she was only interested in teenagers.

She added her belief that the nuns are acting out of ‘unattended rage’ after having been abused themselves.

‘It’s going to come out as physical abuse of children and sexual abuse.

‘I believe it’s what turns so many of them into nasty b*****s in the convent,’ she said.

The Sisters of Mercy, the religious order which Sister Mary Juanita worked for, did not immediately respond to DailyMail.com’s inquiries on Monday morning.

Dispenza also claims to have been abused as a child both by a priest and later by a nun in California.

‘She took my face in her two hands, and kissed me all over my face. And then I just remember leaving. I felt the same way I felt as a child.

‘I felt lost, I felt abandoned, I felt confused, I felt alone,’ she wrote in a 2014 memoir about her childhood.