Would attracting tech stars to IPO in the UK boost your investments?

London may have had its strongest opening six months for Initial Public Offerings in seven years but concerns are mounting that it is losing its appeal as high growth tech firms snub the City in favour of New York.

The number of UK listed companies has fallen 40 per cent from its peak in 2008 and accounted for just 5 per cent of global IPOs between 2015 and 2020.

While Deliveroo and Darktrace may have grabbed headlines this year, AI startup Onfido and healthtech giant Babylon have recently opted for US listings.

Tech companies have said this is because they are put off by London’s strict listing rules and are instead opting to list across the pond.

‘The FTSE 100 is really a 19th century and not even a 20th century index,’ Anderson told the Financial Times.

‘Why have we not grown any giant companies? Of course I’m not expecting everybody to be like Jeff Bezos. But it seems to me there is a real problem here’.

It is a view set out by Lord Jonathan Hill in his review of the UK’s current listing rules. He set out a swathe of recommendations to boost IPO activity which the Financial Conduct Authority is now consulting on.

‘One look at the composition of the FTSE index makes clear another challenge: the most significant companies listed in London are either financial or more representative of the “old economy” than the companies of the future,’ Lord Hill said in March.

This is in stark contrast to the US, where some of Silicon Valley’s brightest stars represent roughly a quarter of the S&P 500 in terms of market cap.

Healthtech company Babylon said it picked the US because markets are ‘more innovative’ and buy now pay later Klarna is also weighing up the benefits of an American listing.

Tech firms say they are put off by the strict rules in the UK, compared to the US where dual class share structures are accepted for premium listings.

Dual class shares give founders and directors greater voting rights and control of the company once it has listed.

Matthew Moulding, founder of the Hut Group which floated last autumn, has a so-called golden share that allows him to block shareholder resolutions. But this meant the e-commerce company could not join the FTSE 100 on its debut.

‘On the face of it, moves to boost the City as it fights for market share with Amsterdam, Paris, Frankfurt and other venues in a post-Brexit world seem sensible, as do attempts to allow up-and-coming firms to raise the money they need, as it will give them the chance to invest, flourish and reinvigorate the British economy,’ said Russ Mould, investment director at DIY investment platform AJ Bell.

Personal investors are left out in the cold

Hill’s review set out the need to ’empower’ retail investors but they still remain largely shut out of the UK’s IPO market.

‘The UK has gone out of flotation fashion with 5 per cent of the companies delivering an IPO choosing London as the launchpad.

‘This is particularly worrying because we see IPOs as an opportunity to bring more people to investing for the first time,’ said Susannah Streeter, senior investment and markets analyst at Hargreaves Lansdown.

‘However, even when companies do choose to list in London, retail investors are excluded from the vast majority of IPOs.’

There has been a flurry of new companies like PrimaryBid and Crowdcube claiming to ‘democratise’ markets by targeting retail investors, which account for 13.5 per cent of shareholders.

Despite this growing market, everyday investors have been invited to participate in only 24 out of 352 UK Main Market and Aim IPOs between October 2017 and October 2020, Hargreaves Lansdown’s data shows. This equates to investors being excluded from 93 per cent of IPOs.

Richard Wilson, chief executive of platform Interactive Investor, said: ‘The hard truth is that we haven’t seen any progress on retail IPO access.

‘The government is making mood noises but if we’re committed to accelerating UK economic development and competing on a global level as the home for the best companies, we need to engage ordinary shareholders – the retail investor. 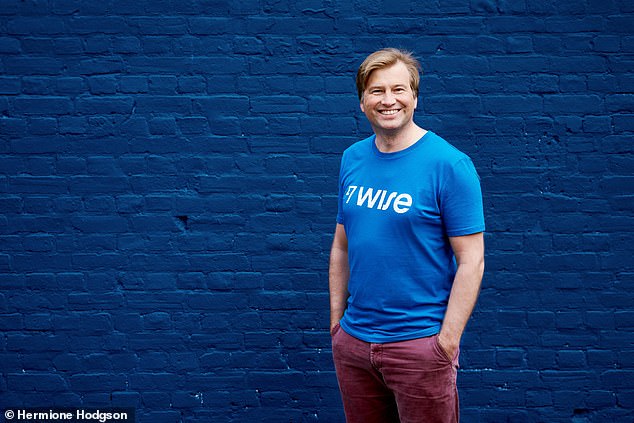 For those investors who do get the opportunity to invest, will the reforms improve things?

‘It’s a tricky balancing act to satisfy investors’ demands for rights against management’s desire for control, however we do have concerns with the principle of dual share class structures,’ Streeter said.

The regulator is consulting on allowing a targeted form of dual class shares in the premium segment which would do away with the sacred ‘one vote one share’ principle.

Dual class shares offer two separate sets of shares – one to the public which usually have limited to no voting rights, and another which is retained by founders and executives that have more weight.

It has been warmly welcomed by founders who are uncomfortable giving up control as soon as they go public. But it also risks complicating the process for retail investors as well as diluting their voting rights.

‘We fear many could inadvertently purchase the wrong class or simply misunderstand the differences,’ Streeter warned.

‘In addition, owning shares with no voting rights means that the company isn’t accountable to its shareholders which flies in the face of the growing importance that is placed on shareholder rights and appropriate governance.’

The new rules would ‘have the effect of watering down the voting voice of shareholders to the point that minority shareholders do not matter.’

The FCA is also considering slashing the amount of shares that need to be in public hands to 10 per cent.

The current 25 per cent ‘free float’ requirement is to ensure sufficient liquidity in the traded shares but founders are concerned relinquishing a quarter of the company’s equity will erode management control.

There is no equivalent requirement to list on the NYSE or NASDAQ and critics say it deters high-growth companies joining the main market, meaning investors will miss out.

But, like with the dual class shares, a relaxation of the minimum requirement means smaller shareholders will not have the numbers to hold management to account.

David Henry, an investment manager at Quilter Cheviot, said a change to the free float requirement will have little effect on the everyday investor.

‘Companies with a smaller free float may appear more difficult to buy and sell, but this will have a minor impact on retail investors who typically deal in smaller ticket sizes,’ he said.

‘Investors should do their own homework to gain comfort that they will be treated properly as a minority shareholder.’

WHICH FIRMS LISTED ON LONDON’S MARKET THIS YEAR?

There have been 25 listings on the UK’s main market this year, according to London Stock Exchange data.

Among them are some of the UK’s most innovative tech companies or older firms which have benefited from the pivot to digital during the pandemic.