A learner driver has avoided jail despite a magistrate describing as ‘morally reprehensible’ his actions in leaving a toddler seriously injured on a Melbourne road and continuing his trip to Subway.

Zachery Davin Larkins, 22, was handed a 12-month community corrections order after pleading guilty to failing to stop and render assistance to two-year-old Damon Michell who ran onto the road at Laverton in September 2018.

He has also admitted failing to display L plates, driving unaccompanied and failing to report the crash to police.

Zachery Davin Larkins, 21, was handed a community corrections order after pleading guilty to failing to stop and render assistance

‘There is no getting away from the fact that the community finds what you did on that evening morally reprehensible,’ magistrate Jelena Popovic said on Wednesday.

‘From an ethical point of view it’s hard to understand what happened,’ she said, noting a ‘fear and flight response’ may have triggered Larkins’ decision to flee.

‘Particularly with younger people, the fear factor overcomes every common-sense rational reaction that one would normally have.’

Ms Popovic noted Larkins took full responsibility, had apologised to the toddler’s mother and was ‘mortified’ by his actions.

‘You impress me as a young man who has been devastated by this event, you’ve taken it very much to heart,’ she said.

‘It has significantly stultified you in your ability to move on.’ 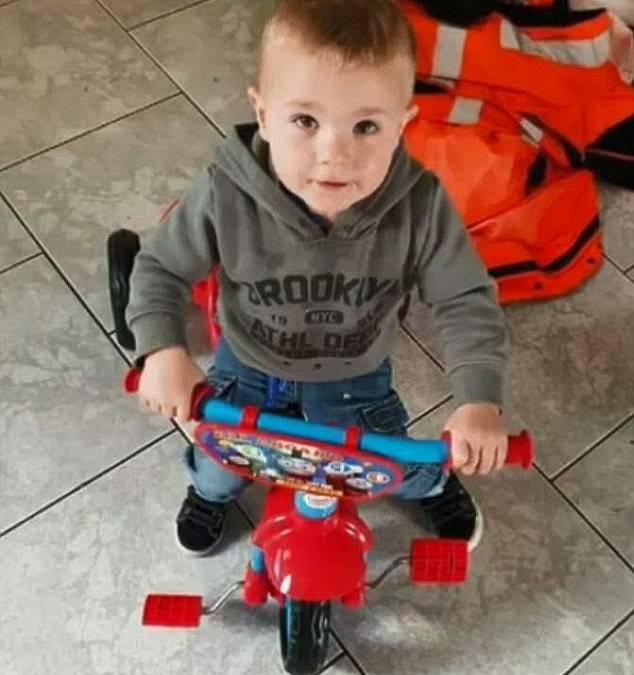 Larkins had been on his way to collect food from Subway in his partner’s Holden Commodore on the night of September 9 when the toddler ran from his family home onto Railway Avenue.

He later told police he had seen someone running towards him, waving their hands in the air and yelling but was unsure what was happening.

This turned out to be one of the toddler’s siblings yelling ‘stop, stop, stop’ before Larkins turned his attention back to the road and saw the child standing in front of the car.

He could not stop in time and hit the little boy, panicked and kept driving to a shopping centre in Altona Meadows, where he left the car after inspecting it, collected his food and walked home.

Larkins had been driving at between 41 km/h and 50 km/h in a 60 zone at the time of the crash, prosecutors said previously.

The hit-run left the boy in a coma, with a lacerated liver, bruised lungs and facial cuts. He was unable to eat or walk properly.

Larkins’ licence has been disqualified for four years and he is required to perform 80 hours of community work, as well as a pay a $327 fine.

Ms Popovic also ordered him to see a psychologist and undergo programs to address reoffending.

‘You are one of these young men who I believe the courts will never see again,’ she said.