It criticised the Conflict, Stability and Security Fund (CSSF), which gets a third of its money from the aid budget, for ‘hasty’ and ill thought out schemes.

The Independent Commission for Aid Impact (ICAI) said there was an absence of proper checks on whether projects had a positive impact and it criticised insufficient safeguards to prevent them from promoting further human rights abuses.

‘As human rights risk assessments are inconsistent and programme monitoring is often weak, we do not know if CSSF programming is causing harm,’ it said.

‘Most of the programmes we reviewed showed design or implementation flaws. The CSSF works with counterparts with contested human rights records, and does not always assess the risks in an adequate and timely fashion.’

Human rights charities have previously criticised projects such as teaching police in Bahrain how to control demonstrators with water cannon and dogs. 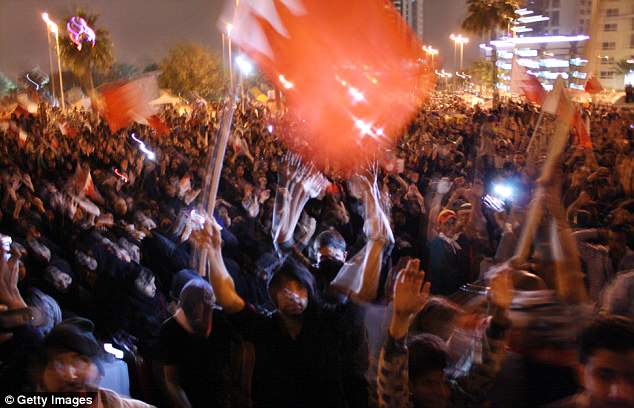 ICAI found that a scheme to install new water pipes in Jordan was found to have caused leaks elsewhere, while a reconciliation project in Colombia to bring together the government and Left-wing guerrillas after years of conflict was dismissed as ‘not much more than opportunities for elites to give speeches’.

A Government spokesman said: ‘Following the National Security Capability Review, the CSSF will move to a new Joint Funds Unit, which will allow for greater strategic and ministerial oversight.’