A pilot was forced to make an emergency landing in a dramatic cloud of spray just minutes after taking off from Dublin.

The Aer Lingus flight to New York JFK had climbed to 5,000ft when the pilot noticed there was an issue with the plane’s hydraulic systems.

Video footage, filmed from inside the airport, shows the A330 approach the runway for landing.

The person who captured it on camera, described the incident as being ‘scary’ because they noticed the plane’s gear doors were extended. 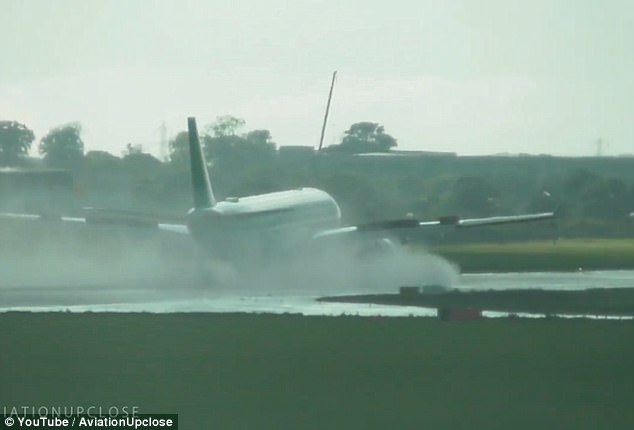 Emergency services rushed to the scene and doused the brakes to cool them down after the plane touched down in Ireland.

Flight data showed the plane made six loops just off the east Irish coast before it headed back towards the airport.

It was in the air for more than one hour before it landed back in Dublin.

The clip was posted online and the eyewitness wrote: ‘It became apparent that there was an issue with the aircraft’s hydraulic systems.

‘The aircraft climbed to roughly 5,000ft and entered a hold to dump fuel while ATC began stacking everyone and getting ready to switch ops on to runway 16 as it was apparent that when the A330 landed it would have no way of exiting the runway. 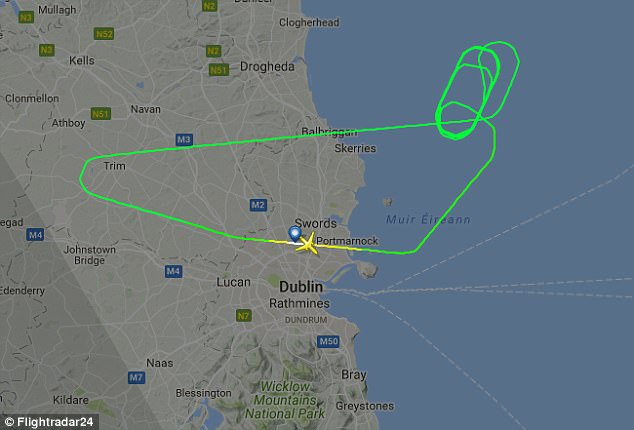 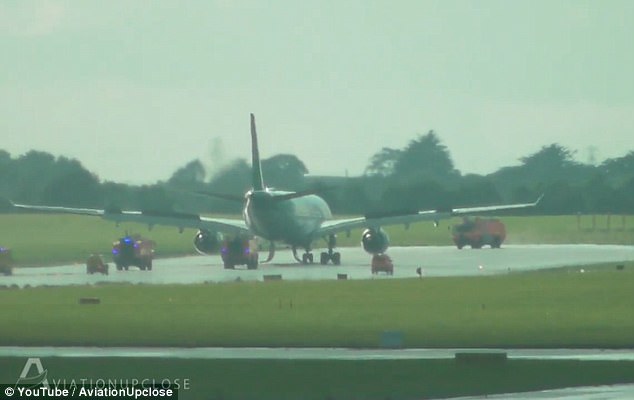 The person who captured it on camera, described the incident as being ‘scary’ as the plane came in to land 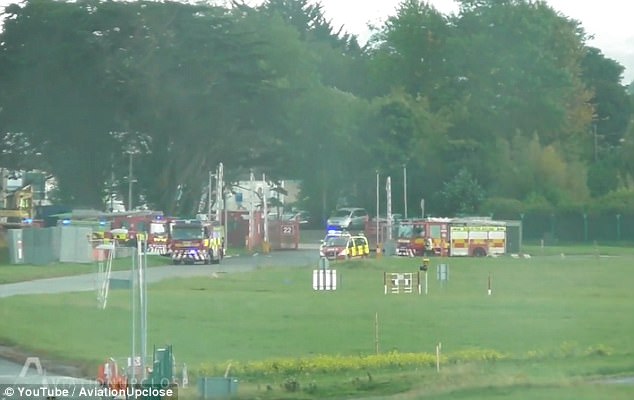 ‘With full emergency crews on standby both airport and local firecrews, the A330 made an approach that was certainly scary to us watching from the terminal, as it had its gear doors extended.

‘The engines were then shut down and eventually the aircraft was towed off. I would like to congratulate everyone involved from the controllers, to the firecrews to the pilots themselves for handling the situation as they did, a spectacular landing to say the least!’