She is due to have her third child, a girl, in August with her husband Charlie Thomson.

And Alex Jones, 44, showed off her baby bump when she left the BBC studios in London on Monday.

The One Show presenter cut a casual figure wearing a white sweatshirt with a metallic rainbow graphic printed on it.

Relaxed: Pregnant Alex Jones, 44, showed off her baby bump in a chilled white sweatshirt and jeans when she was pictured leaving the BBC studios in London on Monday

She paired the chilled out look with baggy faded light blue denim jeans.

The expecting mother, who already has two sons Teddy, four, and Kit, two, opted for chic white trainers with the ensemble.

She shaded from her bright surrounding by framing her glowing, smiling face with black Ray Ban sunglasses. 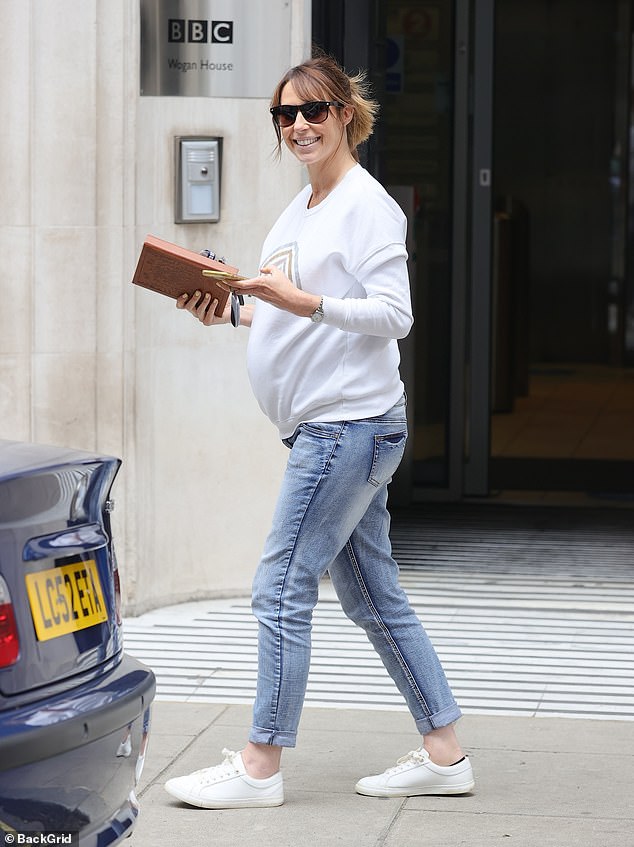 Hands full: The presenter’s fingernails were painted a sunshine yellow as she carried numerous belongings in her hands

The presenter’s fingernails were painted a sunshine yellow as she carried numerous belongings in her hands.

She looked as if she had her hands full as she carried a brown leather notebook, her car keys, phone and BBC pass.

Alex stepped out wearing her brunette tresses tied up in a ponytail, which added an even more relaxed vibe to the outfit. 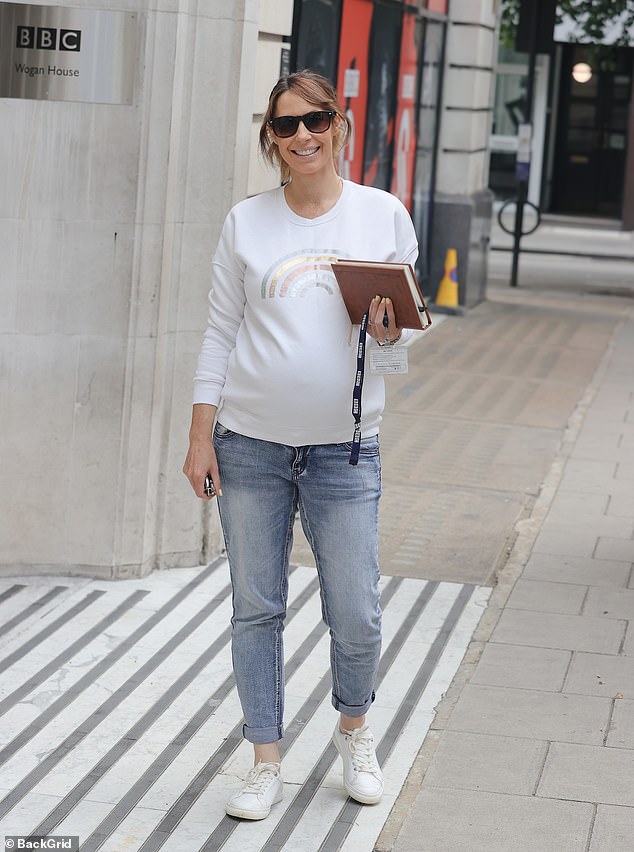 Chilled: Alex stepped out wearing her caramel tresses tied up in a ponytail, which added an even more relaxed vibe to the outfit

The Eat Well for Less host stopped to check her phone for a moment before heading to her car.

She announced her pregnancy back in March and said to MailOnline that she didn’t realise she was expecting and blamed her symptoms on trying out veganism.

‘I just felt really tired but, of course, in hindsight I was pregnant. I thought it was the veganism making me drained of energy but it wasn’t,’ Alex said. 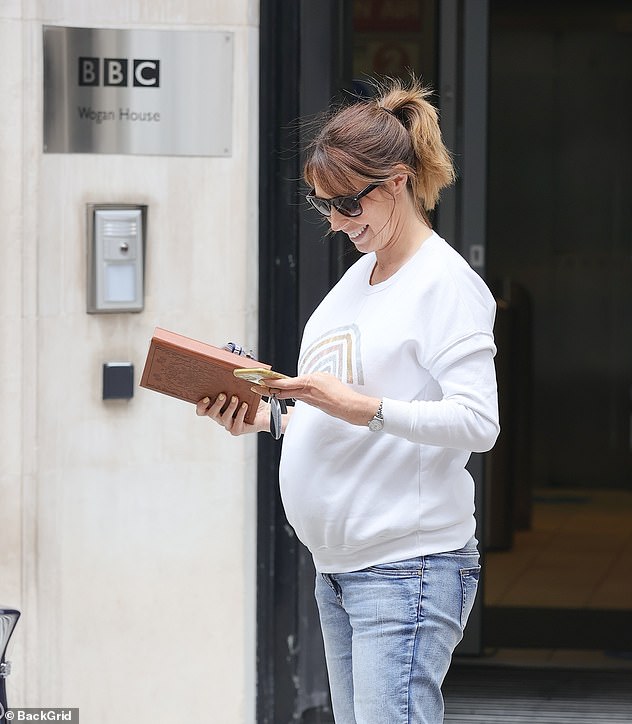 Heading out: The busy Eat Well for Less host stopped to check her phone for a moment before heading to her car

Despite being pregnant before, Alex said she was completely oblivious to the signs she was expecting and instead thought it was down to trying a meat and dairy-free diet.

The presenter continued: ‘This is ridiculous in a third pregnancy, but I didn’t realise the clues were there because I honestly blamed everything on the veganism. I was so tired and hungry all the time and I thought it was that.

‘It’ll be hellish at times, I’m sure, because we’ll have three under four and a half, so it’ll be quite demanding. We just feel super lucky, super lucky that it’s happened.’ 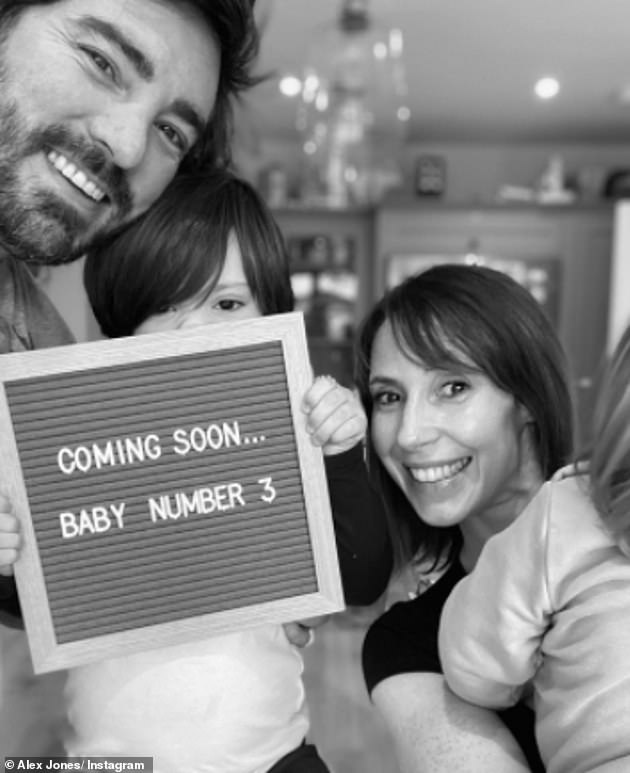 ‘Coming soon!’: Alex, who is already mum to two sons Teddy, four, and Kit, 23 months, admitted she and Charlie were ‘ecstatic’ to discover that they were expecting a daughter; pictured in March 2021