She’s married to Hollywood heartthrob George Clooney, with whom she has nine-month-old twins Ella and Alexander.

And Amal Clooney stepped away from her busy home life for a demanding day of meetings on Thursday morning, as she headed to work in New York City.

The 40-year-old human rights lawyer looked typically chic in an oatmeal tweed button-down top, which she teamed with a matching midi skirt.

Work it: Amal Clooney was spotted heading out to work in New York City on Thursday morning

The British-Lebanese beauty complemented her ensemble with a pair of nude heels, while an oversized cream handbag added another stylish touch to her look.

With her raven tresses falling beyond her shoulders in lustrous waves, the mother-of-two shielded her eyes behind a pair of of blue tinted sunglasses, with she accessorised with a pair of glittering earrings.

Amal, who has worked on a number of high profile cases throughout her career, stepped out as it was revealed that she will represent two journalists jailed in Burma. 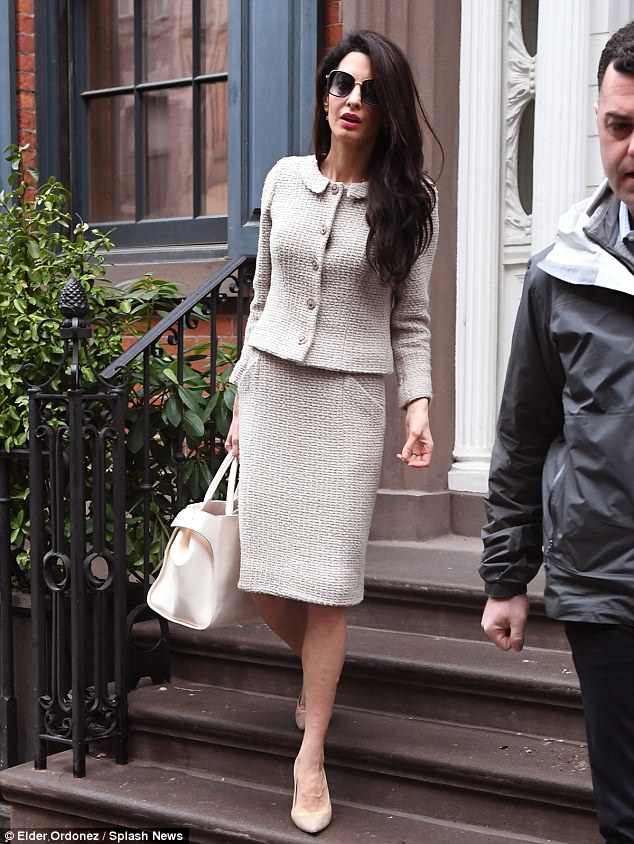 Stepping out in style: The 40-year-old human rights lawyer looked typically chic in an oatmeal tweed button-down top, which she teamed with a matching midi skirt

Wa Lone and Kyaw Soe Oo – reporters for the Reuters news agency – are being held in a Yangon prison after being arrested in December.

They are being held under the country’s Official Secrets Act, a statute which carries a maximum prison sentence of 14 years.

Amal said in a statement released on Thursday: ‘Wa Lone and Kyaw Soe Oo are being prosecuted simply because they reported the news.

‘I have reviewed the case file and it is clear beyond doubt that the two journalists are innocent and should be released immediately. Yet they have been denied bail and face 14 years in prison.

On the case: Amal, who has worked on a number of high profile cases throughout her career, stepped out as it was revealed that she will represent two journalists jailed in Burma

‘The outcome of this case will tell us a lot about Myanmar’s commitment to the rule of law and freedom of speech.’

Amal’s news comes amid claims she recently threw open the doors of her family’s newly refurbished £10 million Berkshire mansion to renowned photographer Annie Leibovitz, for an ‘at home’ interview, set to be published in Vogue this year.

In the unlikely event that the A-listers’ nine-bedroom property isn’t impressive enough, Amal also borrowed £7million of diamonds to wear for the occasion.

A source close to the Clooneys told The Mail on Sunday: ‘This has been organised for a long while. It is Amal’s chance to do a sit-down interview and show the inside of her house. 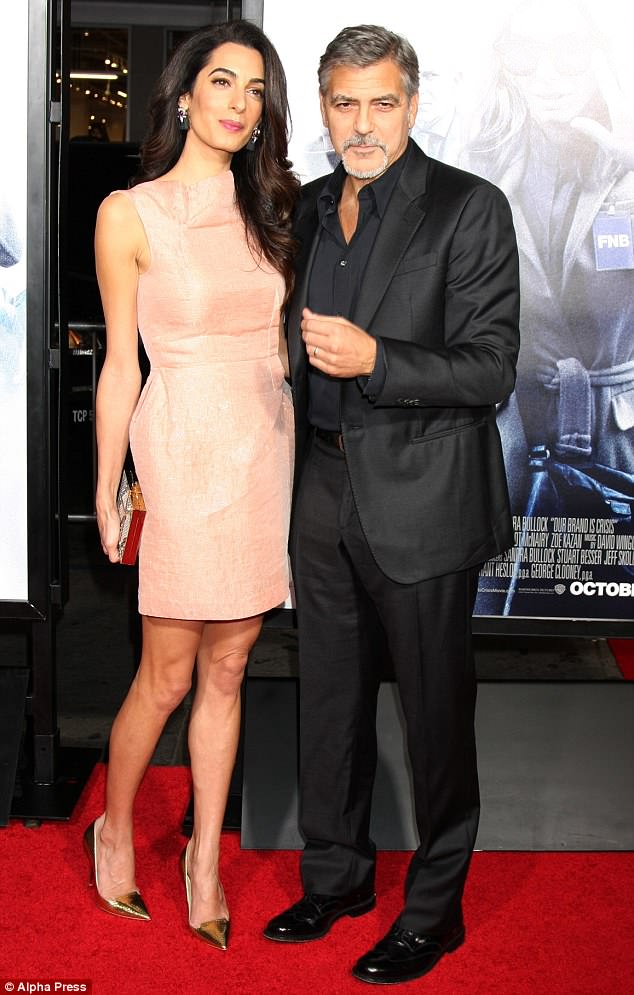 Love and marriage: Amal is married to Hollywood actor George Clooney, with whom she shares nine-month-old twins Ella and Alexander. Pictured in October 2015

‘It will be a really special piece for her. She and George have put blood, sweat and tears into getting their house to be perfect, so it’s the ideal location to do this.’

The choice of photographer is also significant, as Leibovitz took the pictures of Amal during the final fitting of her Oscar de la Renta wedding dress for the couple’s marriage in September 2014.

However, it is understood that neither George, 56, nor nine-month-old twins Alexander and Ella will appear in the new pictures.

The couple bought the 17th Century, Grade II listed mansion in the village of Sonning Eye – where neighbours include British Prime Minister Theresa May and Led Zeppelin guitarist Jimmy Page – for about £7.5 million in 2014, soon after they married. 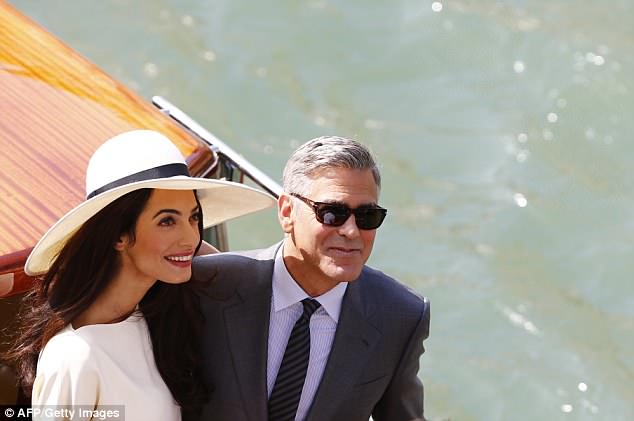 Mi amore: The couple tied the knot in a romantic ceremony in Venice in September 2014