‘Educate yourself’: Man hits back at ‘ignorant American’ who branded British people ‘p******’ for complaining about 89F weather as hundreds of people from hot countries reveal they ‘can’t handle UK sun’

A UK man has hit back ‘ignorant Americans’ who branded British people ‘p******’ for describing 89F day as ‘the hottest of the year’.

Ryan Meyrick, 27, a train dispatcher from Cheshire has gone viral on TikTok, after responding to a video from a US-based woman who claimed 89F ‘isn’t that hot’ and that Brits were ‘weak’ for complaining.

Insisting that she  – and the people commenting on her video – needed to ‘educate themselves’ Ryan explained that temperatures in the UK feel hotter because of lack of air con and heavily insulated buildings.

His video quickly racked up more than 200,000 views with hundreds of Americans and other people from hot countries saying they can’t handle UK heat despite experiencing much hotter temperatures elsewhere.

‘Point number one, we don’t have air conditioning, anywhere,’ he explained.

‘Apart from retail outlets. Some places will have it. But most homes do not have air conditioning.

‘They’re not built with air conditioning, the best we can have is portable stuff.

‘Point number two, is that our buildings are insulated to hell.

‘Because we typically have mild summers and cold winters.

‘So our buildings are designed to hold the heat to save energy costs.

‘And point number three, your body will adjust to the climate that you live in.

‘We don’t get that much hot weather, it lasts for about two to three weeks.

Ryan Meyrick, 27, a train dispatcher from Cheshire has gone viral on TikTok, after responding to a video from a US-based woman who claimed 89F ‘isn’t that hot’ and that Brits were ‘weak’ for complaining. 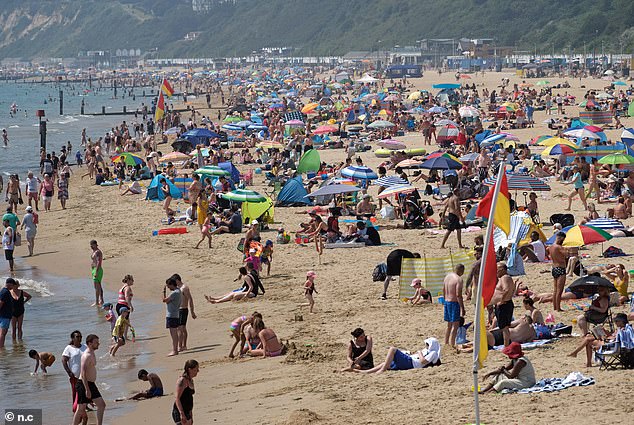 The UK is currently experiencing a t heatwave. Bournemouth beach is pictured in the sun

‘Our bodies don’t have time to adjust, therefore our bodies literally cannot handle the heat.’

Only around 3 per cent of homes in the UK have air conditioning, compared to more than 90 per cent of US homes.

Hundreds of people from the US took to the comments to explain how heat is more intense in the UK. 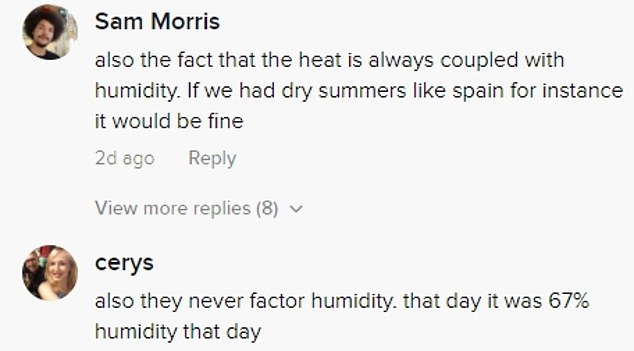 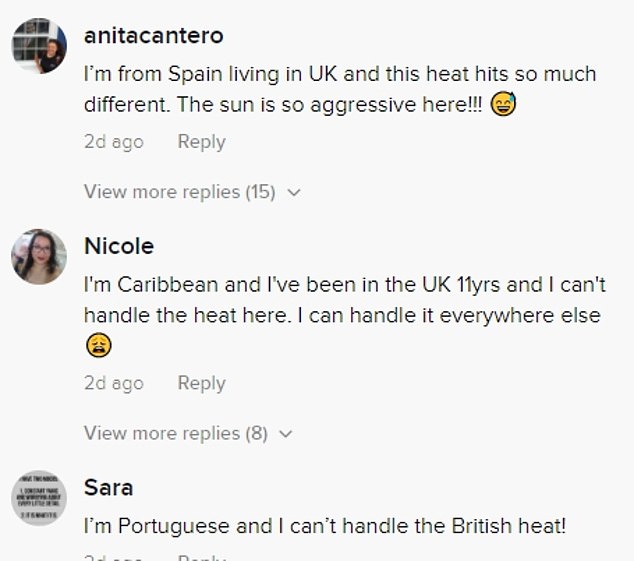 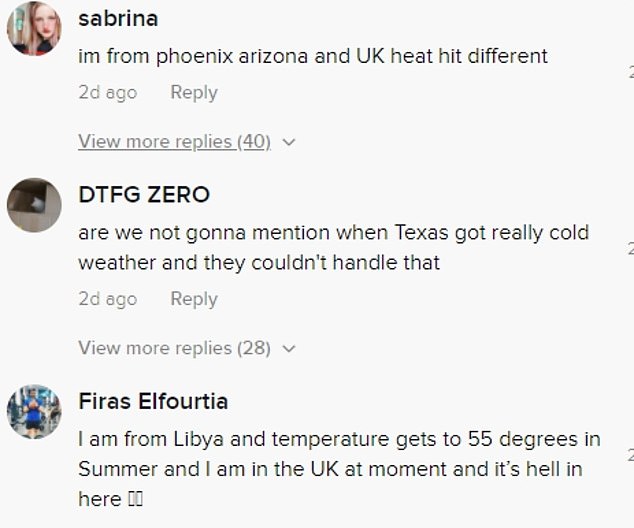 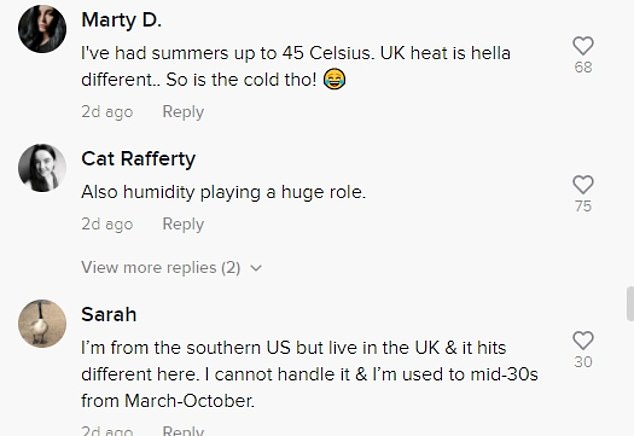 ‘I’m from Florida, living in London now, and yeah, it hits differently here,’ said one

I’m from California, 103F summers no problem. I’m in Kent, it’s 80F and I’m dying. There is no relief. Not having ac is a huge difference,’ said another.

‘From Miami and living in the UK now, I’m freaking dying,’ commented a third.

Others from hot countries also commented, one wrote: ‘I live in South Africa which is hot seven month of the year, and honestly 25 degrees in the UK is killing me’.

Another wrote they were from Libya where heats hit 55C (131F) but it’s ‘hella different’ in the UK.

Parts of Britain were put on high alert for wildfires today as Britain’s killer 90F (32C) heatwave that has led to a spate of tragic drownings this week continues until tomorrow before making way for weekend thunderstorms.

Residents of Devon and Cornwall were warned that ‘some ignitions are possible’ particularly in cut grass and crops, with daytime wind speeds at 15mph from the East tomorrow which ‘could be troublesome’.