A special forces veteran turned federal MP has said ‘humble’ Australian soldiers need to be honoured and supported despite the ‘great shame’ of war crimes allegations.

Andrew Hastie, who served in Afghanistan as a troop commander in 2013 before becoming Liberal MP for Canning in WA two years later, said ADF leaders are responsible for failing to stop the alleged murder of innocent Afghans in the ‘degrading cockpit of war’.

He said the reality of human nature is that ‘people do bad things when they are left unaccountable’ – and firm leadership was lacking from the ‘very top of the command chain’.

He made the comments in an essay, first published in The Australian, reflecting on a four-year ADF inquiry which found evidence of 39 murders of civilians or prisoners by 25 Australians serving in Afghanistan from 2009 to 2016.

Mr Hastie, who is not under investigation, said he ‘feels great shame’ that a small number of soldiers failed to ‘uphold Australia’s values in battlefield conduct.’

But he insisted not all servicemen should be tarred with the same brush and praised the ‘quiet operators’ who were ‘supremely competent’ and never broke the rules.

‘They never thought themselves bigger than the team or the mission. They were humble. They were committed to truth. They were the ones who blew the whistle and repudiated the dark, toxic personalities that have shamed the SASR in Afghanistan. Many are still serving quietly in the shadows,’ he wrote. 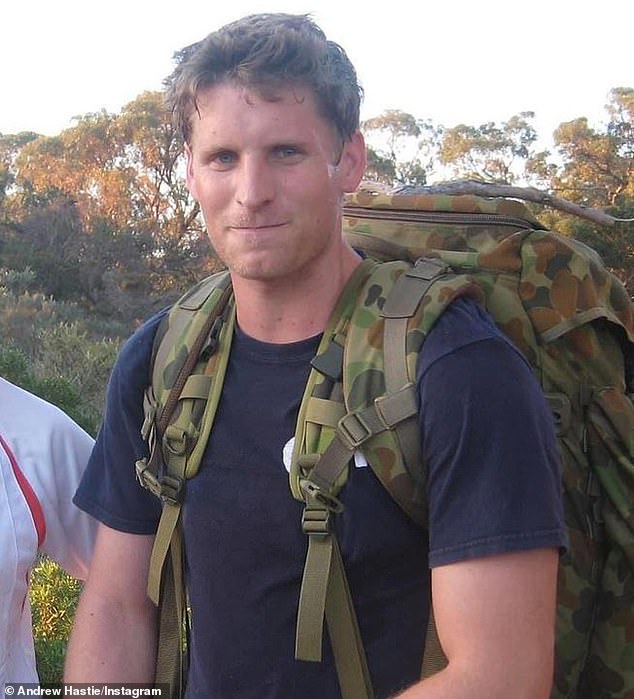 Mr Hastie (pictured), who is not under investigation, said he ‘feels great shame’ that a small number of soldiers failed to’ uphold Australia’s values in battlefield conduct’ in Afghanistan

A report on the investigation, led by Major General Paul Brereton and handed down by the Inspector-General of the Australian Defence Force last week, found a toxic ‘warrior culture’ in the SASR that combined ‘military excellence with ego, entitlement and exceptionalism’.

Mr Hastie said he disproved of that culture where soldiers ‘carried themselves like modern incarnations of Achilles, Thor or Mars’ – but he fended off calls from pacifists and leftists to root out any warrior culture whatsoever.

‘You need people who run to the sound of the guns. Who are prepared to fight and destroy Australia’s enemies. Who will die doing so, if necessary. Those men exist. They are serving at present. They have done nothing wrong,’ he wrote.

‘We need to uphold them and their vital mission.’

His call to honour Australian troops comes after one female and eight male Australian soldiers – aged in their early 20s to 50s – have taken their own lives in just the past three weeks.

Mr Hastie quoted US author Ernest Hemingway who hated war but admitted worse things ‘come with defeat’ as he insisted the defence force must not be diminished after the war crimes investigation which is set to last years and could see soldiers charged and jailed. 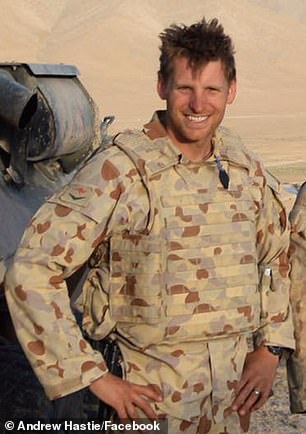 On duty: Andrew Hastie in Afghanistan

He said Australia must be ready for future wars which it cannot afford to lose.

Offering an explanation for why the alleged war crimes happened, Mr Hastie also criticised the Australian Defence Force for ‘sanitising’ the war by managing the media so closely.

He said that unlike the UK and US which allowed good access for journalists, the ADF’s media managers ‘stifled public interest reporting’ which may have helped expose or stop abuses.

He described war as ‘violent, escalatory and degrading’ and added: ‘The brutal reality is no plan ever survives the first shot. People lose their way and become hard of heart, especially after multiple deployments.’

Mr Hastie said war pushed servicemen to the limit and recalled being driven to ‘insanity’ during his brutal SASR selection in 2010 where 132 candidates competed for 26 spots over three weeks.

The 38-year-old said he lost 12 kilos and, sleep-deprived and starved, cried when he called his wife to tell her it was over.

Mr Hastie also called for greater parliamentary scrutiny of the military with an independent Joint Defence Committee ‘where tough questions can be asked in a classified, protected space.’ 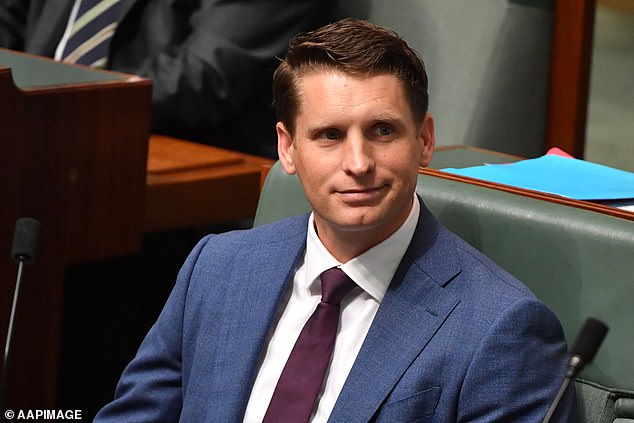