Are we all going on a summer holiday? Millions are wondering

Ryanair boss Michael O’Leary is not often seen as a consumer champion, but he spoke for many when he branded the Government’s plans for the tourism industry ‘idiotic’. Transport Secretary Grant Shapps added fuel to the fire by saying that a ‘blanket’ 14-day quarantine rule for arrivals to be introduced from next month will include Britons returning home. This was exactly what travel companies and holidaymakers alike did not want to hear – believing that it sends out the message that holidays are over. So, amid all the confusion and mixed messaging, let’s try to shed some light…

This is a massively important question, given that the outbound travel industry contributes over £37 billion a year to the UK economy, supporting 500,000 jobs. Wait and see is the official policy, hence the growing frustration. The Prime Minister – on the advice of scientists – is terrified of a second spike in the Covid pandemic and wants to see how the lifting of restrictions in other countries works out. Travel companies are furiously lobbying ministers, looking for clarity and a road map for the future… but they aren’t getting either.

Didn’t Boris say that Britain and France would exclude each other from quarantine?

Apparently, we all got the wrong end of the stick following the PM’s talks with Emmanuel Macron last week. Those travelling to and from France will not be excluded after all – but some people, such as lorry drivers, will be spared two weeks of quarantine.

I have a holiday booked in Italy for the middle of July. Is it best to cancel?

Not necessarily. Right now, the advice from the Foreign and Commonwealth Office is to avoid all non-essential travel – but that could change. Italy certainly hopes it will. More than 3million of us seek out la dolce vita in one way or another each year and Italians are desperately keen to have us again as soon as possible. The country is not operating at full throttle just yet, but beaches finally started to reopen at the weekend and many restaurants, bars, hairdressers and other shops will do likewise in the next few days. In early June, a 14-day quarantine period is due to be scrapped.

Where else can I go to enjoy the Mediterranean sunshine?

Greece is a good bet. The country has escaped the worst of the coronavirus pandemic (with just 165 deaths, compared with almost 35,000 in the UK) and, given that it derives a fifth of its income and a quarter of its jobs from tourism, an absence of British holidaymakers will spell financial disaster for its already beleaguered economy The Greek islands have been in lock down since March but are due to open again this month. Even hotels will back in action on July 1 – but don’t expect any breakfast buffets. Sunbeds could also be nailed into the ground to allow for socially distanced tanning.

What about Spain or Turkey?

Yes. There’s nothing to stop you taking up residence at your villa and quarantining there – but watch how you go. It wouldn’t be much fun to end up in a Turkish prison if the authorities see you out and about. Remember Midnight Express.

If I’m renting a villa in Spain or Turkey, does staying there count as quarantine?

Yes. There’s nothing to stop you taking up residence at your villa and quarantining there – but watch how you go. It wouldn’t be much fun to end up in a Turkish prison if the authorities see you out and about. Remember Midnight Express. 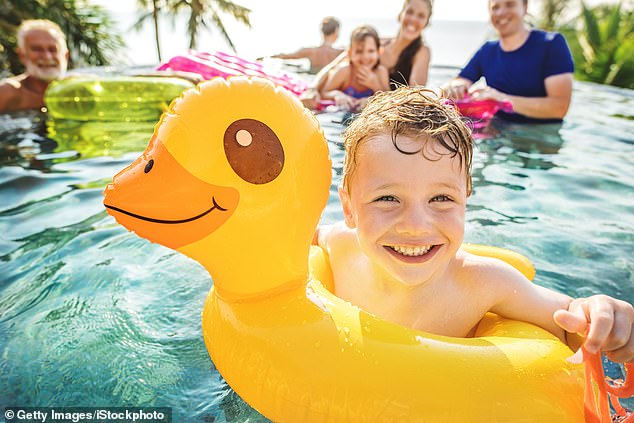 Could your family holiday plans be scuppered this year thanks to quarantines?

If I’m returning from abroad, can I just head back to my house and work from home?

Yes – but you’re supposed to stay indoors. That being said, are police really going to keep watch from noon till night to make sure you don’t pop out to Tesco?

Can I get travel insurance?

That won’t be easy at all. Mainstream insurance companies won’t want to sell you a policy while the current FCO advice on travel is in place, and you are highly unlikely to get cover for the possibility of catching Covid-19. There are exceptions, however. One is The Greek Villas, a company that has a new policy in place with Lloyds of London for guests which does include coronavirus.

Amid the scramble, is your airline ready for take-off?

BA: The national carrier has said it will resume flying holiday-makers in early July if the Government lifts quarantine rules. But there are no guarantees that it will reopen its Gatwick operation – which it suspended at the end of March – and the company has announced 12,000 redundancies. 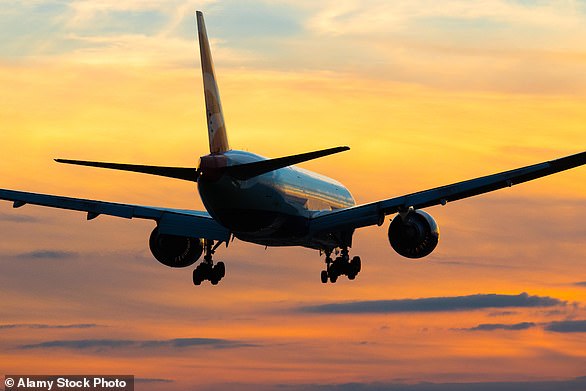 EASYJET: All flights are grounded until further notice. As yet there’s no update as to when they might be flying again, but flights are coming up on pricecomparison site Skyscanner from June 1.

RYANAIR: The carrier is flying to Spain and Italy from July 1, although Spain’s new two-week quarantine rules came into effect on Friday.

VIRGIN ATLANTIC: Billionaire Sir Richard Branson wants the Government to bail his company out, but it’s not happening. Meanwhile, Virgin is pulling out of Gatwick and could make 3,000 job cuts. It’s still flying but further bad news can’t be ruled out.

JET2: All flights were grounded until June 17 (although there’s been no update since April 24 so it’s possible that this date will be pushed back)

KLM: It returned on May 4 with just one daily flight, seven days a week, to Barcelona, Madrid, Rome, Milan, Budapest, Prague, Warsaw and Helsinki.

Wizz Air: Currently flying 10 per cent of timetable as part of a phased return to the skies. But the airline is planning on starting four new routes from Luton to Greece in July as well as one to Faro on June 16.

What should happen now?

It is bizarre that right now anyone can come into the country without any checks and yet the Government is about to introduce a two week quarantine policy.

The words ‘too little, too late’ come to mind.

This should have been done weeks ago when infections were at their highest.

Heathrow Airport is handling about 6,000 passengers a day, compared with 250,000 normally, so it’s no wonder that its boss is exerting pressure on the Government not to enforce blanket quarantine measures.

‘Immunity passports’ would be helpful.

They would allow those who have already had Covid-19 to travel freely.

The Government should also focus efforts on thermal screening technology, which is being used in Heathrow Terminal 2 as a trial.

And why not introduce temperature screening for passengers both leaving and coming into the UK?

Meanwhile, ministers are considering coronavirus ‘air bridges’ to countries that have got their outbreaks under control, such as New Zealand, which would avoid the need for quarantines.

Cruising: is it sink or swim?

There is no easy short-term future for cruising. Ships have been docked since March and will remain so for the foreseeable future.

But that could work to the industry’s advantage, as it will allow plenty of time to bring in new safety procedures.

The long-term future looks bright. Cruising is a growing market because people are living longer, travelling later in their lives than ever before, and there’s a big push to attract younger passengers, as epitomised by the launch of Virgin Voyages last year. 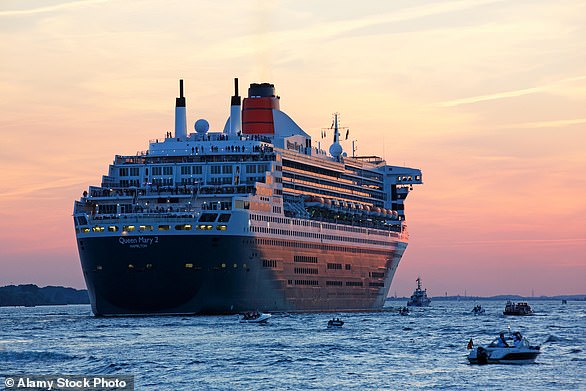 Worldwide, the industry is worth about £123billion and, if it hadn’t have been for the pandemic, more than 32million passengers would have taken a cruise this year, including 2 million from the UK.

Cruise companies are already busy enticing customers for 2021 holidays with some great deals.

No-fly cruises are proving especially popular (Saga will even come and pick you up from home).

Companies know that stringent new measures will have to be in place to restore confidence, especially since the debacle of the Diamond Princess, which witnessed an outbreak of Covid-19 at the start of the crisis.

The Cruise Line Association, which represents major cruise companies in the UK, is working on measures such as pre-cruise testing of passengers, temperature testing (this may also apply in every port), increased sanitising and social distancing on board.

Nearly all travellers will face quarantine

Hopes for foreign holidays are in doubt after officials revealed a blanket quarantine could soon be enforced for returning travellers.

In a blow to millions desperate for a summer getaway, the Government said the vast majority of those arriving into the UK by air, rail or sea will have to selfisolate for two weeks.

And travellers who breach the new quarantine rules could face an automatic £1,000 fine, it emerged last night.

The fine would be ten times that imposed for breaking other lockdown rules.

‘The quarantine period is going to be an important element in the next stage of tackling the virus and preventing a second wave,’ a Whitehall source told the Daily Mail.

‘We want people to understand that it is important and that we are serious about it.’

A limited list of travellers will be exempt, including lorry drivers, security and enforcement officials, airline and Eurostar staff, and scientists researching coronavirus.

The policy could begin as early as May 28, or possibly early June.

The date will depend on when the UK’s coronavirus transmission rate is judged to be low enough for the measure to make a difference.

Every three weeks, the rule will be formally reviewed, but according to Transport Secretary Grant Shapps it could eventually be replaced by a less restrictive system of ‘air bridges’ between very low risk countries.

The Prime Minister’s official spokesman said travellers from France would not be exempt, adding that an earlier statement on talks with Emmanuel Macron had been misinterpreted.

However, those returning from Ireland will be exempt because of the need to preserve the common travel area rules under the Good Friday Agreement.

The common travel area also includes Jersey, Guernsey and the Isle of Man.

The announcement prompted anger among airline bosses, who have been lobbying ministers to scrap plans for a blanket quarantine amid hopes of restarting flights in mid-June.

Ryanair boss Michael O’Leary attacked the rule as ‘idiotic and unimplementable’ and predicted it would be widely flouted.

He told BBC Radio 4’s Today programme yesterday: ‘You don’t have enough police in the UK to implement a two-week lockdown. And what’s really worrying is that a twoweek lockdown has no medical or scientific basis to it in any event.

‘If you really want to do something that’s effective, wear masks.’

Last night, Tim Alderslade, of trade body Airlines UK, said: ‘Airlines are not going to operate if people are effectively told not to travel and that is going to do a lot of damage both to our tourism industry and businesses who rely on aviation for their supply chains and exports.’

Airline bosses favour ‘travel corridors’ between low-risk countries and complain they have not been properly consulted on the proposals.

‘A review every three weeks is far too long,’ one senior industry source said. ‘It could devastate the industry.’