Barack Obama may be the former president, but as far as he’s concerned, his wife Michelle is the real star of the family – particularly on her birthday.

In a gushing tribute posted on social media in honor of Michelle turning 56, Barack shared a series of four black-and-white snaps of the couple, which appear to have been taken inside a photo booth, while penning a sweet message to his wife of almost 28 years.

‘In every scene, you are my star, @MichelleObama!’ he wrote, before adding: ‘Happy birthday, baby!’

Tribute: Barack Obama penned a sweet message to his wife Michelle on her 56th birthday on Friday, while sharing adorable pictures of the couple taken inside a photo booth

The four photos of the couple each depict them striking a different pose for the photo booth camera, with the first capturing Michelle sitting on Barack’s lap while holding his head to her chest.

In the second, Barack is giving Michelle a sweet kiss on the cheek as she glances at the camera, while the third shows her pouting up a storm while Barack flashes a cheeky peace sign.

Finally, the two are seen embracing, with Barack turning away from the camera to hug and kiss his wife, who is seen grinning happily.

The images, which were posted both on Twitter and Instagram, took Barack’s followers by storm, sparking a frenzy of comments and likes – with more than 1.3 million people liking the snaps in less than an hour.

‘Happy Birthday! I miss you and your wonderful family living in the White House,’ one person wrote, while another chimed in to describe the Obamas as ‘relationship GOALS’.

Barack’s social media tributes to his wife have become something of an annual tradition for the couple – who often share sweet public messages and photos for one another on special occasions, including birthdays, Mother’s Day, and Father’s Day. 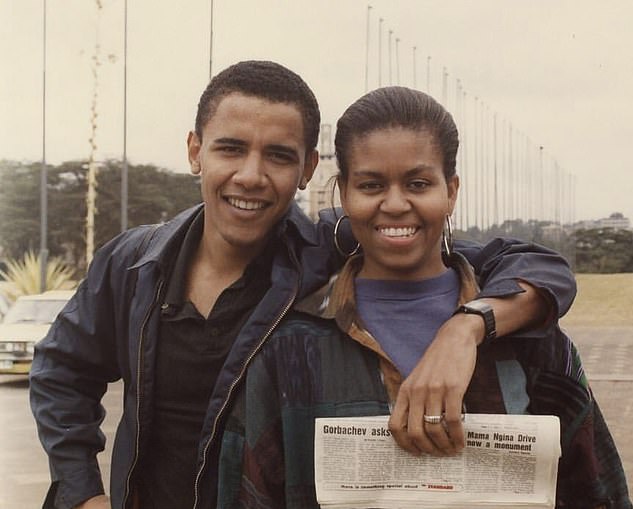 Last year, the former president shared a candid throwback snap of the couple during the first years of their relationship, writing: ‘I knew it way back then and I’m absolutely convinced of it today – you’re one of a kind, @MichelleObama. Happy Birthday!’

This has been quite the year for Michelle, who published her book Becoming at the end of 2018, and then embarked on a lengthy book tour that took up much of the first half of 2019.

Then just this week, Barack and Michelle celebrated the fact that their Netflix documentary American Factory had received an Oscar nomination; the film is the first release from the Obamas’ production company Higher Ground.

Sharing the happy news on Instagram, Michelle wrote: ‘I couldn’t be happier that Julia Reichert, Steven Bognar, and all of the incredible people behind #AmericanFactory have been nominated for the Best Documentary Oscar.

‘What Julia and Steve capture on film is at times painful, at times exhilarating, but always thoughtful and always real — exactly the kind of story Barack and I wanted to lift up with Higher Ground Productions.

‘I hope you’ll see for yourself by checking it out on @Netflix.’ 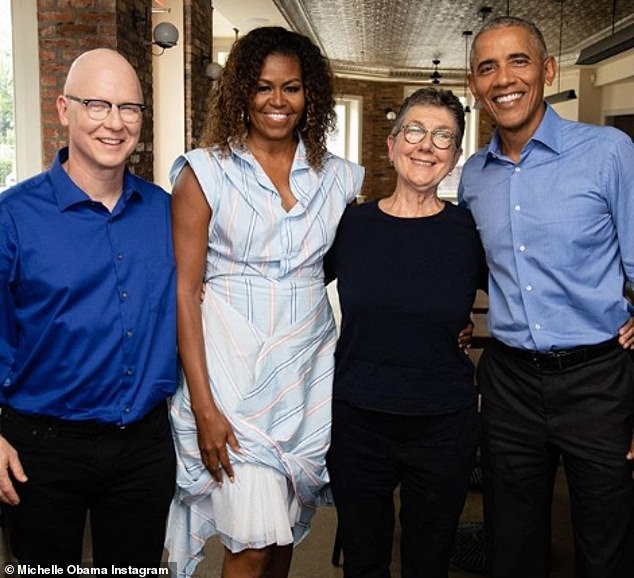 Celebration: Earlier this week, Michelle and Barack celebrated the fact that their Netflix documentary, American Factory, was nominated for an Oscar 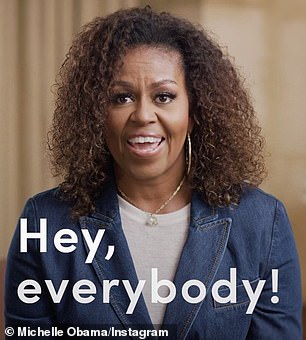 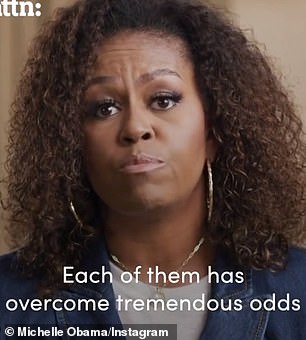 Working hard: A few days before that, the former FLOTUS revealed on social media that she is launching a new Instagram show that will document the lives of four college freshmen 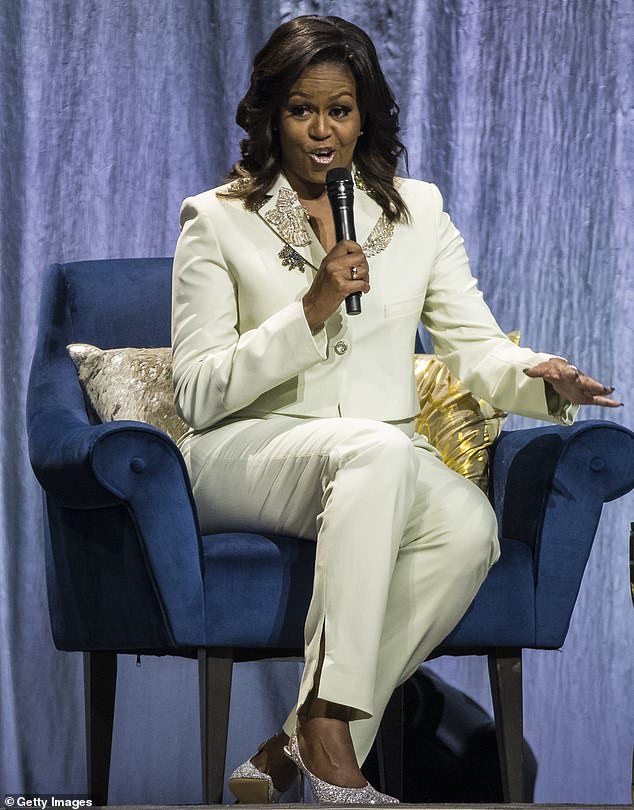 Working hard: It’s been a busy year for Michelle, who spent much of 2019 on her book tour, promoting her bestseller Becoming

Meanwhile Barack tweeted: ‘Glad to see American Factory’s Oscar nod for Best Documentary. It’s the kind of story we don’t see often enough and it’s exactly what Michelle and I hope to achieve with Higher Ground.

‘Congrats to the incredible filmmakers and entire team!’

American Factory is set to battle it out for the Best Documentary Oscar against The Cave, The Edge of Democracy, For Sama and Honeyland.

The documentary, which was released in August last year, follows a Chinese billionaire coming to Ohio to offer jobs at a reopened General Motors automotive plant.

It tells the story of employees struggling to adjust to new leadership at the plant in Moraine, Ohio, after it was reopened by Shanghai-based firm Fuyao Glass in 2015.

In the film, the workers’ excitement is quickly quashed by difficult working conditions, significantly lower pay and management that fires anyone who falls short of company standards and blocks attempts to unionize.