Australia’s biggest-ever basketball export Andrew Bogut says his family’s flight from communist Yugoslavia made him hate socialism and any restrictions on free speech.

The Melbourne-raised NBA star and Olympian, has spoken of his parents’ and grandfather’s escape from the communist dictatorship in the 1960s and 1970s.

‘They saw the writing on the wall and left,’ the 32-year-old athlete told Sky News presenter Andrew Bolt.

‘I laugh at people today – socialism, communist – people promoting that kind of stuff, that it’s the way to go.

‘My family experienced that and it didn’t work out too well for us, being displaced and begging for asylum in Australia.’

Bogut, whose grandfather’s bid for asylum was rejected by Canada, is skeptical of the government having too much control over our lives.

‘When government tries to control people’s everyday lives, telling them how to dress and what to say and those kind of things, that’s where I draw the line,’ he said.

‘People should be able to do and say what they want to say. 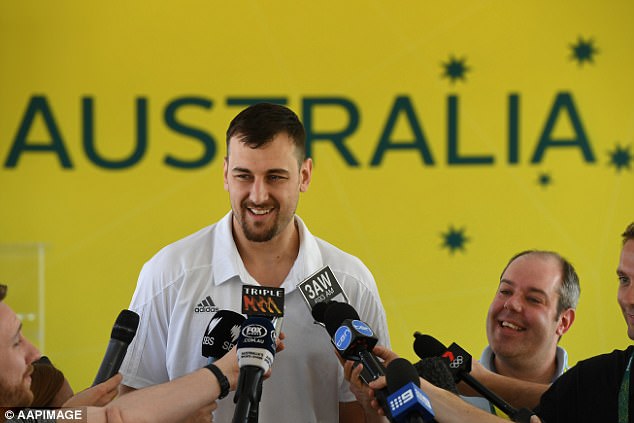 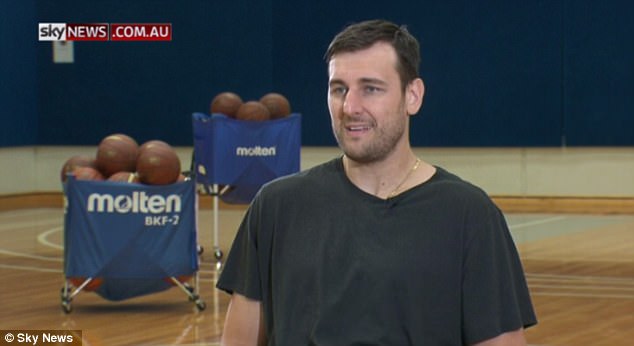 ‘The repercussions are if someone disagrees with you, you have a debate.’

Bogut, who earns an $US11 million salary, also opposes left-wing identity politics, where people are defined by their minority status and often accuse white people or men, in particular, of denying them success.

‘The left want to group people into certain groups and say, “We’re not getting ahead in life because I’m in this group”,’ he said.

‘The thing with identity politics, there’s no finish line, there’s no end or conclusion to it.

‘It will go on for centuries. It’s not something you can sit around a table and say, “How do we solve this problem?”.’

Bogut, who is two metres tall, has played for several NBA teams in the U.S. including the Golden State Warriors in San Francisco and the Cleveland Cavaliers.

He has also worn the green and golden jersey for Australia at the Athens, Beijing, London and Rio Olympic Games.

His family came from an area of the former Yugoslavia, which broke up following the 1990s Yugoslav wars.

His ancestry is Croatian.