‘Everyone smiles with a trophy’: Billy Vunipola hopeful England can clinch Six Nations title in dramatic crunch finale and lift the nation’s spirits

England set out to dismantle Italy in Rome on Saturday and return home as Six Nations champions to boost the country’s mood.

Eddie Jones’s national squad take on the Azzurri at an empty Stadio Olimpico with a first title since 2017 within their reach, if they can clinch a bonus-point win and enhance their points difference sufficiently to finish above France and Ireland, who meet hours later in Paris.

Asked what it would mean to secure the championship trophy, No 8 Billy Vunipola said: ‘It’s massive. The biggest thing for us is that we want people who are going through a tough time back home to be happy.

‘We want to play good rugby and we want to win something. That’s the biggest inspiration we can provide for the country – giving them something to smile about with a trophy. Everyone smiles with a trophy. Hopefully we can do that.’

England players have held talks about how to show support for racial equality and it will be left to individual choice about whether to kneel or stand.

There will be a slot set aside pre-match, before the anthems, to demonstrate solidarity with the rugby against racism campaign, ahead of England’s first fixture since early March. 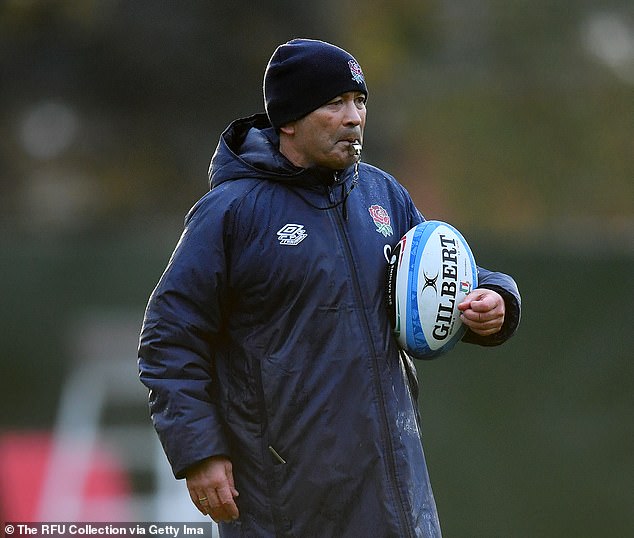 ‘It has been an on-going discussion,’ said Vunipola. ‘Like anything, it’s a personal choice and the leaders made that clear.’

Preparations for the game were disrupted when England’s encounter with the Barbarians was cancelled after groups from their opponents’ squad breached Covid protocols by leaving their London hotel to socialise.

England hooker Jamie George said: ‘I’ve spoken to a couple of the guys who were involved. They put their hands up and realised they messed up. They are very disappointed in themselves.’