Dressing appropriately for your age can be a minefield – especially for men.

Middle-aged spread and skinny jeans are uncomfortable bed-fellows, and a gangly teen trying to fill out a dinner suit can make for awkward viewing.

According to a leading fashion brand, men should simply use famous faces around their age as a blueprint for what they should wear.

After surveying style fans, Jacamo has identified a different sartorial icon to represent each decade – including Brooklyn Beckham for teens, Harry Styles for young men in their 20s, and Tom Hiddleston for those in their 30s.

Brooklyn, who turned 19 this month and is the oldest of the four Beckham children, won most votes as representative of the teenage years, with jeans the must-have item for that age 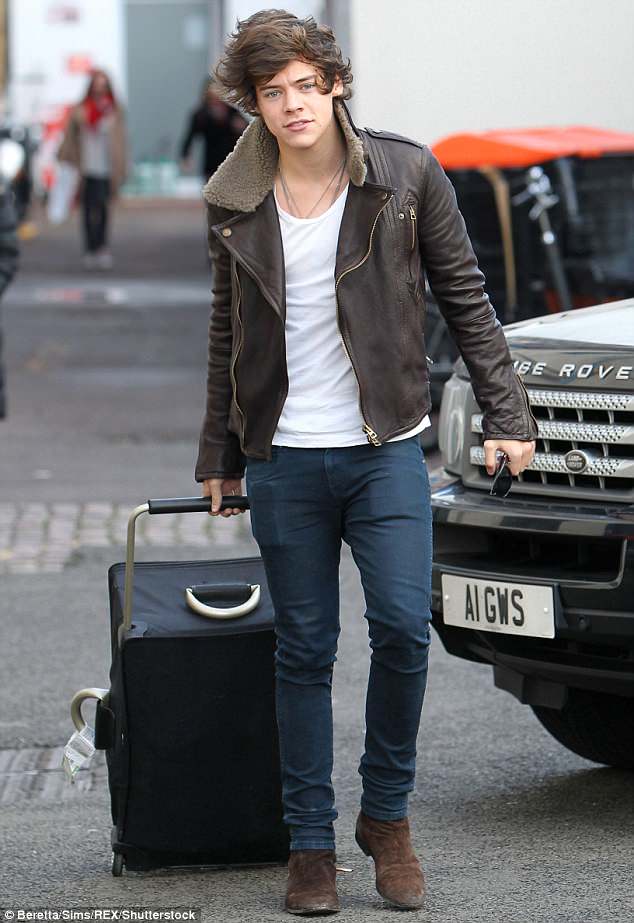 Harry Styles, aged 24, was the guy judges felt most epitomised the look men wanted in their twenties. A leather jacket was the top item of clothing for men in that age group

While Harry flies the flag for leather-loving, rock-chic men in their 20s, The Night Manager star Tom is recognised for his suave suits, while sophisticated sorts in their 60s chose Bond star Pierce Brosnan as their top trend-setter of that decade.

The ‘seven ages of men’s fashion’ survey also points out the must-have item men should own for each decade.

Brooklyn, who turned 19 this month and is the oldest of the four Beckham children, won most votes as a fashion inspiration for teenage boys, and jeans were deemed the age group’s must-have item.

Harry Styles, aged 24, was the guy people felt most epitomised the look men want in their 20s, and a leather jacket was the top item of clothing for men in that age group.

Actor Tom Hiddleston, 37, was chosen as a fashion icon for those in their thirties, and a well-cut suit was the top garment men should own. 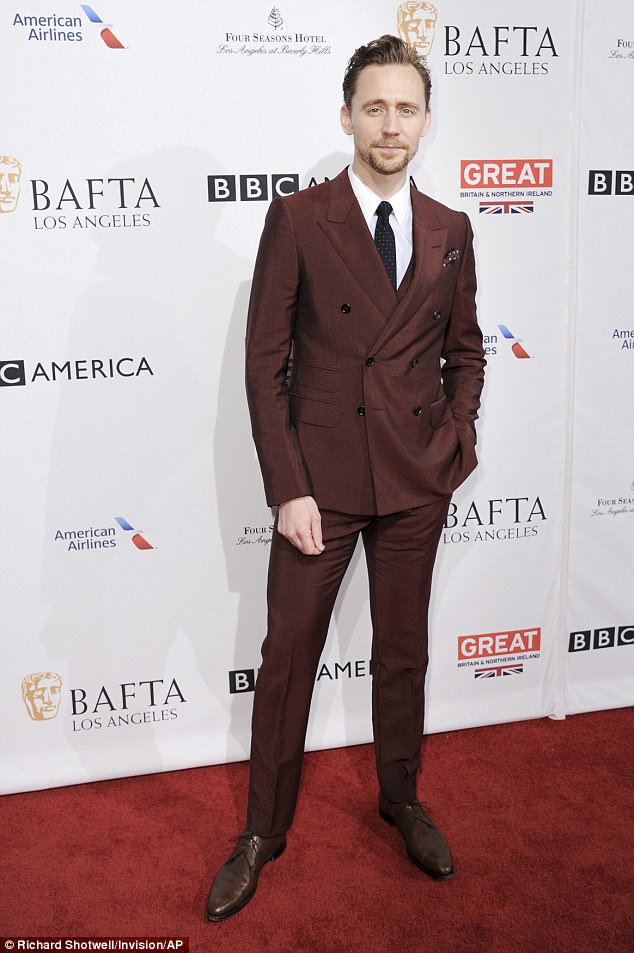 Night Manager star Tom Hiddleston, was chosen as something of a fashion icon for those in their thirties, along with a well cut suit as the top garment 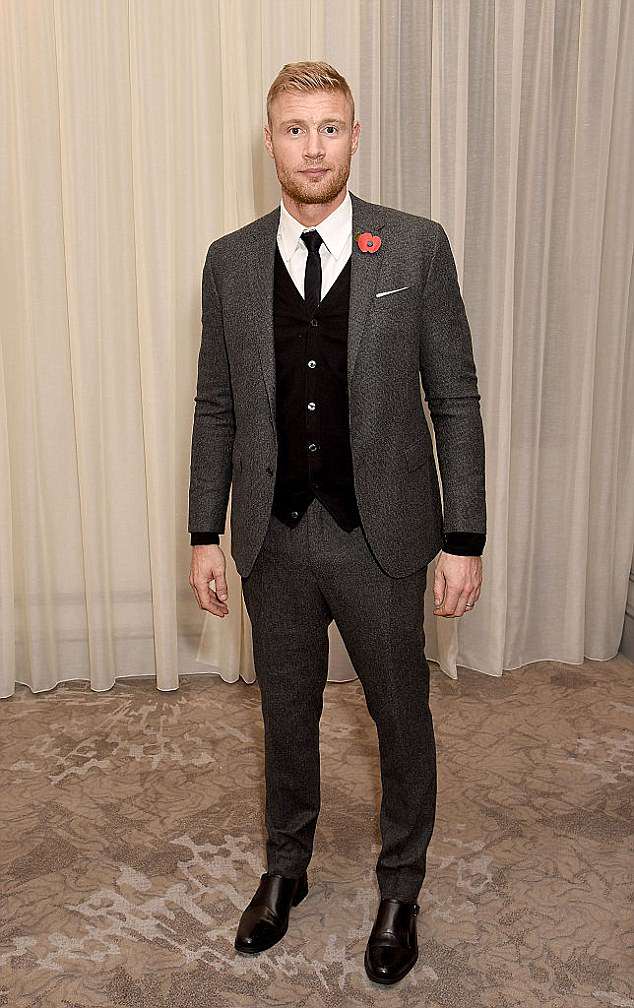 Former cricketer, turned TV personality Andrew ‘Freddie’ Flintoff, was a popular choice for men in their forties. A black tie dinner jacket was voted the must-have for that age group 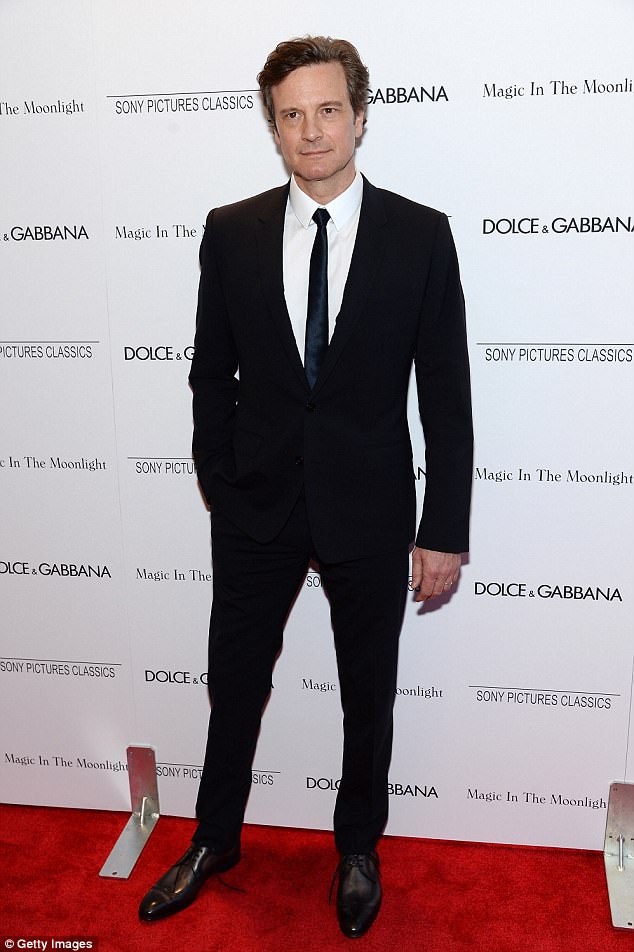 Colin Firth, 57, was the fashion choice for the fifties age group, along with a good tweed jacket, with corduroys voted a must-have for that decade

Former cricketer-turned-TV personality Andrew ‘Freddie’ Flintoff, 40, was a popular choice when it came to styling it out in your forties. A black-tie jacket was the must-own item for men in that age range.

Colin Firth, 57, who catapulted to fame after his famous wet shirt scene in the 1995 BBC adaptation of Pride and Prejudice, was duly applauded for his English gentleman chic. Unsurprisingly then, a good tweed jacket was dubbed the thing a man in his fifties should own.

Hollywood power houses, James Bond star Pierce Brosnan, 64 and the man who made Indiana Jones his own, Harrison Ford, 75, were the top picks for typifying the style men should emulate in their sixties and seventies.

The garment for men in their sixties is a blazer and chinos, and those in their seventh decade should keep an overcoat in their wardrobe.

Jacamo’s Jenni Bamford explained how they came up with the survey: ‘We played very loosely with Shakespeare’s idea of the seven stages of a man’s life.

‘We then asked UK men to vote for their own famous fashion inspirations from the seven decades – starting from their teens to their seventies – and for the garment they most associated with that age.’ 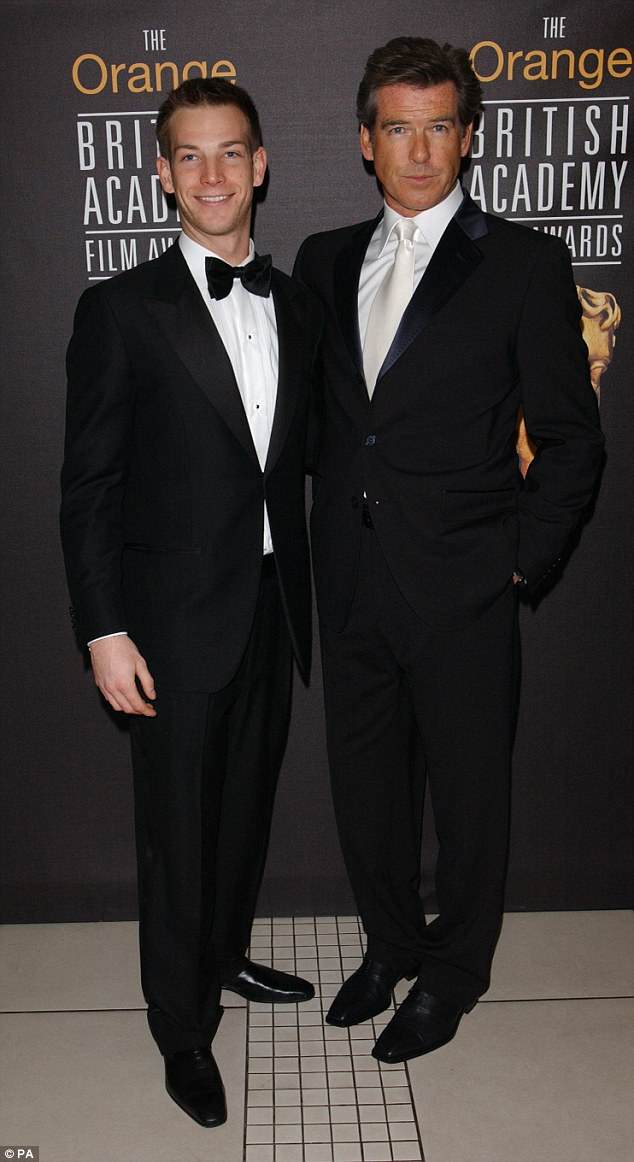 Pierce Brosnan (seen right with his son Sean) won the sixties slot for his dapper style, and a blazer and chinos voted the top look for that age range

Last but not least Harrison Ford was the top pick for typifying the style men are looking for in their seventies, with a good overcoat the garment of choice