A Greek cleaning lady has been sentenced to 10 years in jail for lying about her elementary school record.

The 53-year-old woman had worked at a publicly-funded nursery for 15 years until a review showed she had lied about her primary school education.

She claimed she had attended her elementary school in Greece for six years, which is typically done from the ages of six to 12.

The Greek cleaning lady has been sentenced to 10 years in jail for lying about her elementary school record, a school she would have attended from six to aged 12 [File photo]

It was then discovered she only spent five years at the school.

She had also doctored a false certificate stating she had completed six years, a requirement which helped her get a job as a cleaner.

The woman – who has not been named – was found to have altered her school certificate.

It was not uncommon four decades ago for some Greek children to drop out of school early, particularly in rural areas.

She was charged with defrauding the public, the Athens News Agency reported.

A regional court handed down the sentence earlier this month, in a court ruling which has provoked uproar around the country. 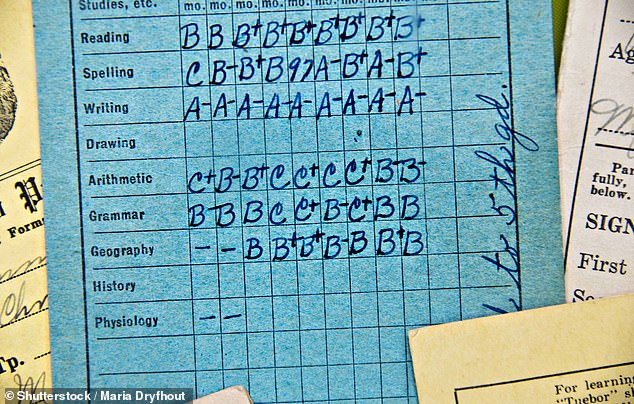 The Hellenic League for Human Rights said: ‘This decision is not simply inhuman. It is another very indicative sign of permanent pathogens in the criminal justice system,’

A senior prosecutor for the Supreme Court will review the legal reasoning of the regional court next week, judicial sources said.