Donald Trump and his siblings rushed to ask a court Tuesday to grant a temporary restraining order against their niece who is publishing a tell-all book about their family.

Earlier this month, it was revealed that Mary, 55, was releasing in July her book Too Much and Never Enough: How My Family Created the World’s Most Dangerous Man.

It promises to describe a ‘nightmare of traumas, destructive relationships, and a tragic combination of neglect and abuse’ that helped make Donald Trump the man he is today.

Trump and his family are desperate to stop the book from ever seeing the light of day and are seeking a temporary restraining order to block its publishing.

Legal papers they attempted to file Tuesday claim that Mary is violating a nondisclosure agreement stemming from the settlement of family patriarch Fred Trump Sr’s estate in 2001.

However the attempt to file was botched and they will have to resubmit, court officials said.

Lucian Chalfen, director of publicity for the New York courts, said: ‘This was not legally filed today as no fee was submitted. They will have to resubmit with the proper fee so it can be filed.’

The Queens Surrogate Court is unlikely to be the final arbiter of the attempt to ban the book, with a move to federal court all but certain.

Donald Trump and his siblings have rushed to try to ask a court to grant a temporary restraining order against their niece who is publishing a tell-all book about their family, according to a new report 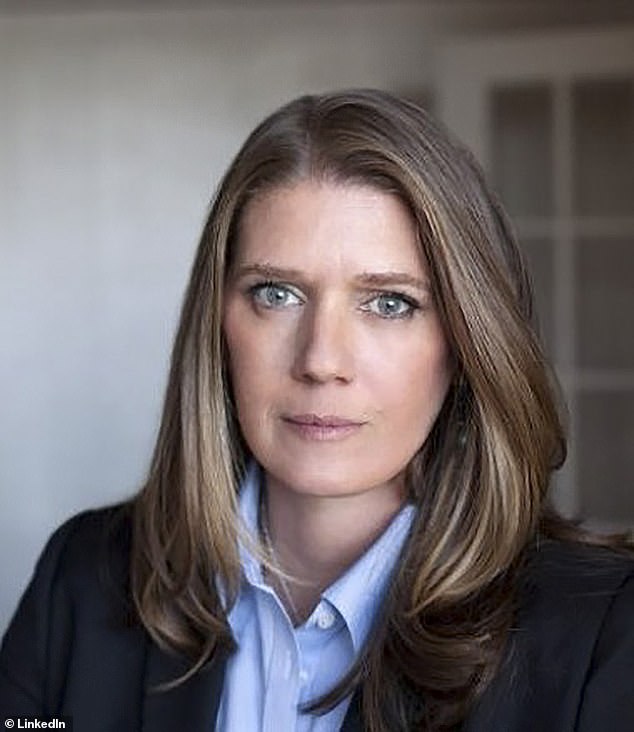 Earlier this month, it was revealed Mary Trump, 55, was releasing her book Too Much and Never Enough: How My Family Created the World’s Most Dangerous Man. It promised to describe a ‘nightmare of traumas, destructive relationships, and a tragic combination of neglect and abuse’ that helped to make Donald Trump the man he is today 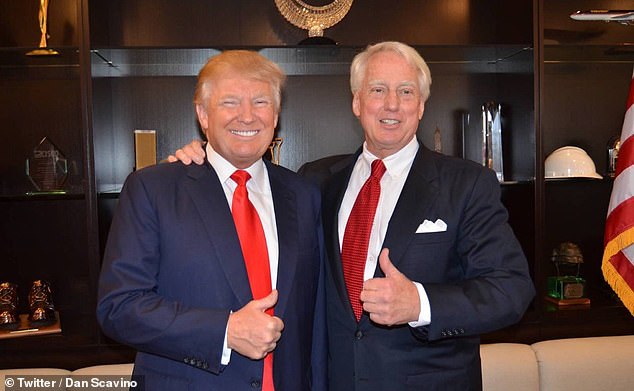 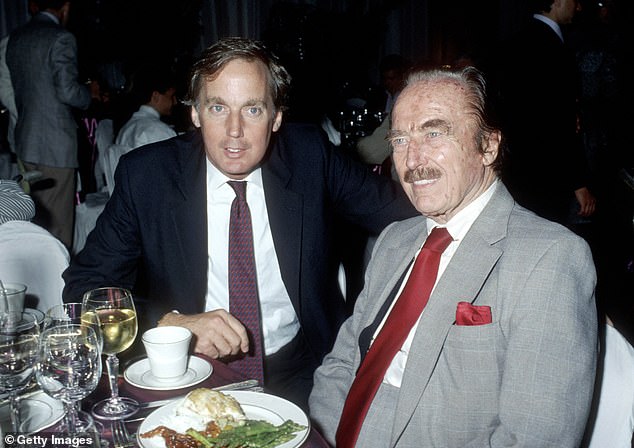 Legal papers filed today claim that Mary is violating a nondisclosure agreement stemming from the settlement of family patriarch Fred Trump Sr’s estate in 2001, following his death in 1999. Pictured: Fred Sr with Robert Trump in 1991

‘They are pursuing this unlawful prior restraint because they do not want the public to know the truth,’ he told the Times. ‘The courts will not tolerate this brazen violation of the First Amendment.’

Boutrous is a high-profile First Amendment attorney who has already twice defeated the Trump administration in attempts to ban reporters Jim Acosta, of CNN, and Brian Karem, of Playboy, from the White House.

He is an outspoken Trump critic who mocked the president’s attempt to ban John Bolton’s book as ‘certain to fail’ in a Washington Post article published last week, before it was known he is representing the president’s own niece in a similar legal battle.

The Trump family are being represented by Charles Harder, a Beverly Hills attorney best known for representing Hulk Hogan when he sued gossip website Gawker for publishing a sex tape of him, ultimately driving the site out of business. Trump’s campaign has paid Harder’s firm just over $2 million in 2019 and early 2020 to represent it, according to CNN.

Robert Trump said in a statement he was ‘deeply disappointed’ with Mary, adding: ‘Her attempt to sensationalize and mischaracterize our family relationship after all of these years for her own financial gain is both a travesty and injustice to the memory of my late brother, Fred, and our beloved parents. I and the rest of my entire family are so proud of my wonderful brother, the president, and feel that Mary’s actions are truly a disgrace.’

Trump himself has previously addressed the sure-to-be bombshell book, telling Axios that Mary is ‘not allowed to write a book’ because ‘when we settled… [she] signed a nondisclosure.’

Publisher Simon & Schuster said in a statement to DailyMail.com: ‘As the plaintiff and his attorney well know, the courts take a dim view of prior restraint, and this attempt to block publication will meet the same fate as those that have gone before.  In Too Much and Never Enough: How My Family Created the World’s Most Dangerous Man, Mary Trump has written a compelling personal story of worldwide significance, and we look forward to helping her tell her story.’ 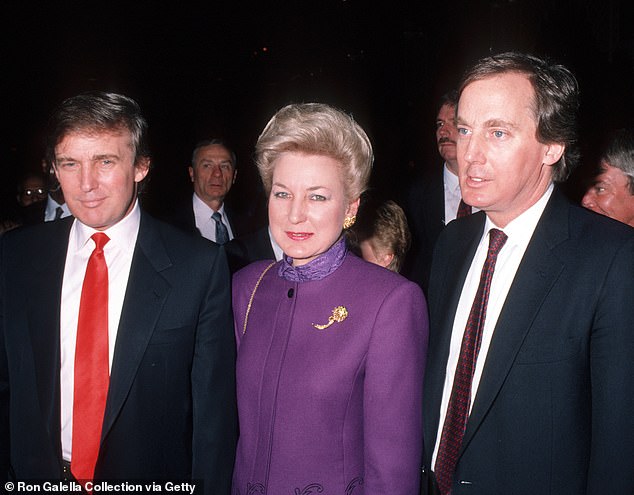 Mary and her brother Fred III had filed suit against Trump, Robert and their sister Maryanne in 2000, for wrongful termination of medical benefits and coverage 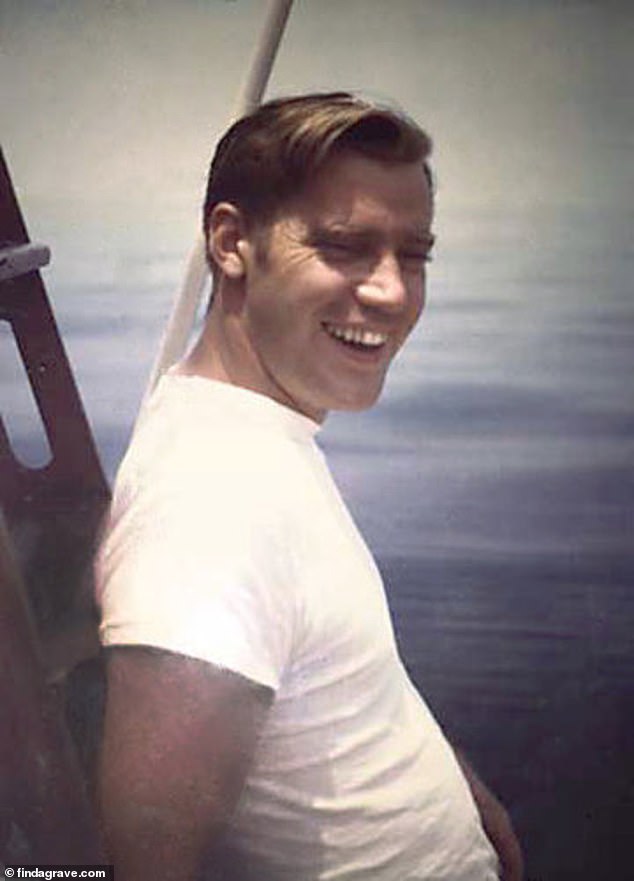 Mary alleged Fred Sr was suffering from ‘significant mental impairment’ and Donald and his siblings manipulated him into nearly cutting out her and Fred III from the will. The new will divided the bulk of the inheritance among his living children, meaning Mary and Fred III only got $200k each because their dad Fred Jr (pictured) was dead

TIMELINE OF FALLOUT BETWEEN TRUMP SIBLINGS AND THEIR NIECE AND NEPHEW

1982: Fred Jr dies aged 42 after a lifetime of battling alcohol addiction. Fred Sr agrees to cover Linda’s medical expenses, and those of her children, the lawsuit states

September 18, 1991: Fred Sr changes his will – Mary and Fred III allege that he did so under the undue influence of Donald and the rest of the family.

Early 2000: Mary and Fred III challenge Fred Sr’s will because they claim he was manipulated into cutting them out.

March 30, 2000: Trump family informed Fred III, his mother and his sister that their health insurance benefits which they had enjoyed all their lives would be terminated on May 1st that year. William’s benefits would terminate on April 1, so two days later.

April 27, 2000: Fred III, his wife, Mary and their mother sue Trump family, saying they are cutting their health insurance in retaliation for challenging the will.

Mary and her brother Fred III had filed suit against Trump, Robert and their sister Maryanne in 2000, for wrongful termination of medical benefits and coverage.

In legal papers obtained by DailyMail.com and exclusively revealed this week, Mary and Fred III claimed that after providing health insurance for decades, the Trump family ‘unilaterally’ canceled it ‘maliciously and without excuse or justification’, the suit claims.

Fred III and Mary alleged the Trumps acted in ‘retaliation’ for them challenging the will of Fred Trump Sr, who died in 1999.

Mary alleged that Fred Sr was suffering from ‘significant mental impairment’ and that Donald and his siblings manipulated him into nearly cutting out her and Fred III from the will.

The new will divided the bulk of the inheritance among his living children, meaning Mary and Fred III only got $200,000 each because their father was dead.

The case was eventually settled and the terms are not in the court file.

But it appears the NDA that Mary allegedly signed stems from this court battle.

In an affidavit from the 2000 lawsuit against the Trump siblings, Mary claimed she discovered that in September 1991 Fred Sr, rewrote his will so it ‘virtually disinherited’ her and her brother.

When they challenged the will in probate court, the Trump family allegedly canceled their health insurance in ‘retaliation’.

Mary and Fred III claim the Trumps lied during the probate for Fred Sr’s estate by saying he had ‘not a scintilla of diminished capacity’ when he changed the will in 1991 at the age of 85.

But doctors who examined Fred Sr around then said he had early signs of dementia and couldn’t even remember his birthday nor details of a story read to him 30 minutes prior, according to medical reports included in the lawsuit.

The documents allegedly show that Robert Trump told doctors in 1992 that Fred Sr’s memory had seen a ‘notable decline’ for the past two years, flatly contradicting his later testimony to the probate court.

The court papers also suggest that Fred Sr’s judgement may have been further impaired by problems with alcohol.

Mary and Fred III even claim their grandfather may not have been the one to sign his revised will and contend it was ‘allegedly’ signed by him.

In an affidavit Mary Trump claimed: ‘At the time the will was executed, my grandfather was suffering from senile dementia and significant memory impairment.

‘My brother and I believe that the will is the product of undue influence and coercion by defendants upon my grandfather, who clearly lacked the requisite mental capacity to make a will.’ 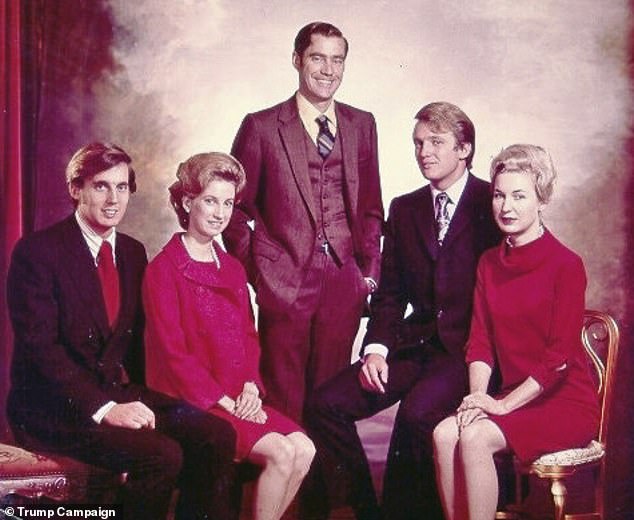 In an affidavit Mary claimed at that point, she discovered that in September 1991 Fred Sr rewrote his will so it ‘virtually disinherited’ her and Fred III. The new will divided the bulk of the inheritance among his living children, meaning Mary and Fred III only got $200,000 each because their father was dead. Pictured l-r: Robert, Elizabeth, Fred, Donald and Maryanne

Fred Sr. built up The Trump Organization into a vast real estate empire and Fred Trump Jr was his eldest son.

But Fred Jr battled alcoholism his entire life and died at the age of 42 in 1982.

He left behind his widow Lisa and his two children, Fred III and Mary.

Their health insurance was covered by one of Fred Sr’s companies as it had always been until his death in June 1999.

That included coverage for Fred III’s disabled infant son William, who needed round the clock nursing care for his seizures.

In her affidavit Mary claimed: ‘I remember meeting with my uncle Robert (Trump) at the Drake Hotel (in New York) in mid-1999.

‘The purpose of the meeting was my uncle’s attempt to persuade us to sign waivers and consents to the probate of my grandfather’s will.

‘When we expressed reluctance to do so, my uncle immediately stated that (the health insurance company) had already expended $125,000 for William’s care.

‘This barely veiled threat surfaced again a number of times, more blatantly, during the course of probate proceedings.’

In February 2000, five months after the will was changed, Robert brought Fred Sr. to Geriatric Medicine Associates at Mt Sinai Hospital in New York for an evaluation of his memory.

Mary claimed Robert told the doctors that Fred Sr’s memory had been in ‘notable decline’ for the past two years.

Mary argued: ‘This was the same man who swore at his deposition, as did his brother and sister, that his father was mentally fit at the time he made his will.’