Dr Anthony Fauci said the emergence of a highly infectious disease such as the coronavirus is a nightmare scenario that ‘keeps me up at night’.

The nation’s top infectious diseases expert said the characteristics of the current pandemic sweeping the globe is made up of all his worst fears for an outbreak.

Speaking in an interview with The Economic Club of Washington, DC, Fauci said COVID-19 jumping from an animal to humans and being highly transmissible was something he had feared for years.

He also said it was ‘inevitable’ the virus was going to come back and that it might never fully dissipate.

Fauci warned on Tuesday that the US could be in for a ‘bad fall’ if treatments do not start working soon and that the crisis is not merely going to ‘disappear from the planet’ when lockdowns finish.

He said: ‘What keeps me up at night is the emergence of a brand new infection, likely jumping species from an animal, that’s respiratory born, highly transmissible, with a high degree of morbidity and mortality. And, lo and behold, that’s where we are right now. And the reason it’s so unprecedented, it exploded upon us.’

Dr. Fauci at a White House coronavirus task force briefing on Monday evening. He said on Tuesday that it was ‘inevitable’ the virus would rear its head again 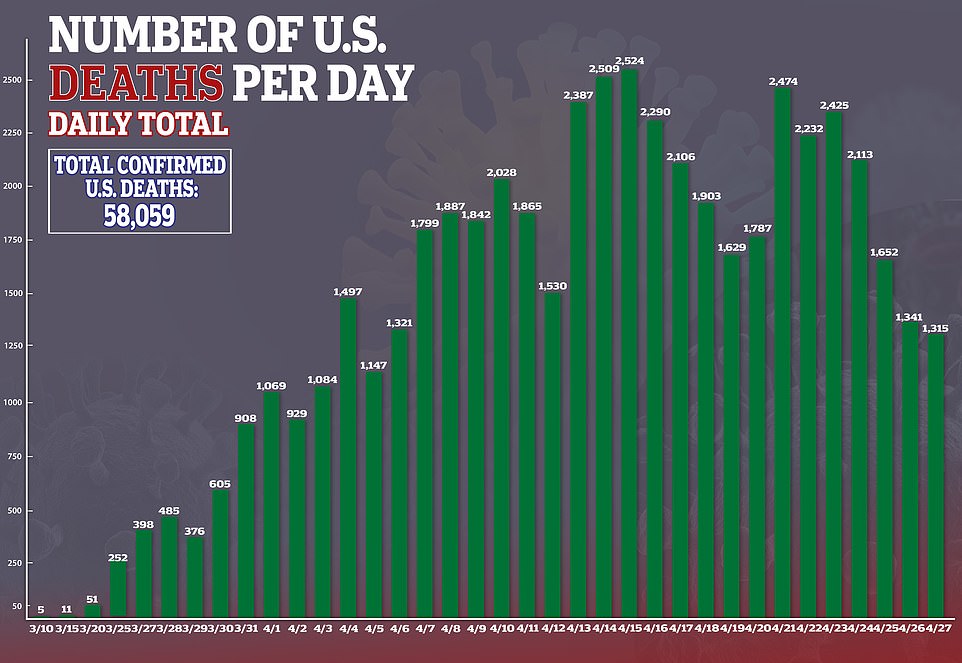 Unlike other illnesses, Fauci warned ‘everyone’ is susceptible to COVID-19 and it is ‘highly transmissible’.

The director of the National Institute of Allergy and Infectious Diseases said: ‘Everyone is at risk. ‘With this, everyone seems vulnerable, with a disease that’s highly transmissible. This is really unprecedented.’

Fauci added that the success of lifting lockdowns around the country will come down to ‘how we handle it’ in the fall that ‘will determine our fate’.

He said in the interview: ‘If by that time we have put into place all of the countermeasures, if we address that, we will do reasonably well. If we don’t do that, we could be in for a bad fall and a bad winter.’

As US fatalities surpassed 58,000 – more than the number of Americans who died during the Vietnam conflict – Fauci also warned deaths could rise even higher if the reopening is not managed correctly.

He added: ‘If as we open up the country economically and otherwise, if we have the capability to implement well when new cases occur, which they will. 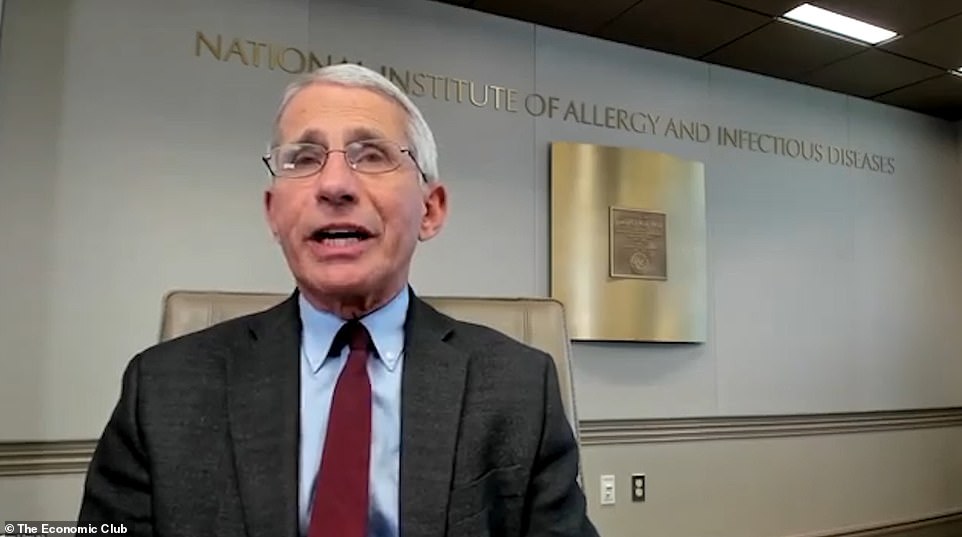 Speaking in an interview with The Economic Club of Washington, DC, on Tuesday, Dr Fauci said it was ‘inevitable’ the virus was going to come back 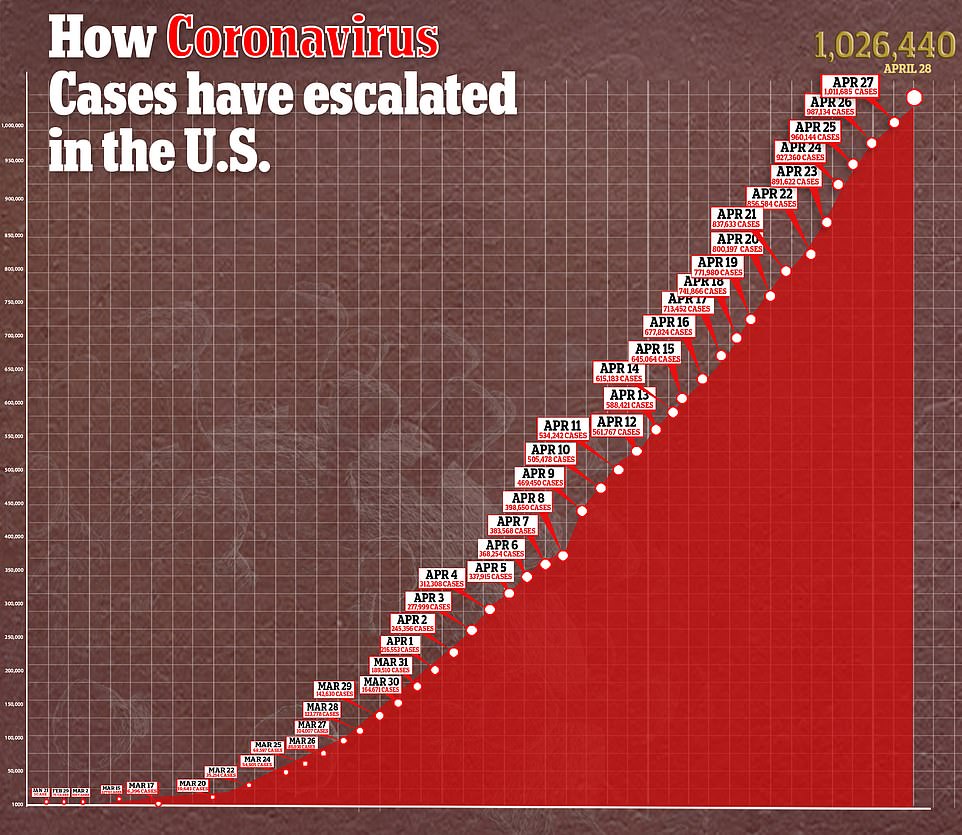 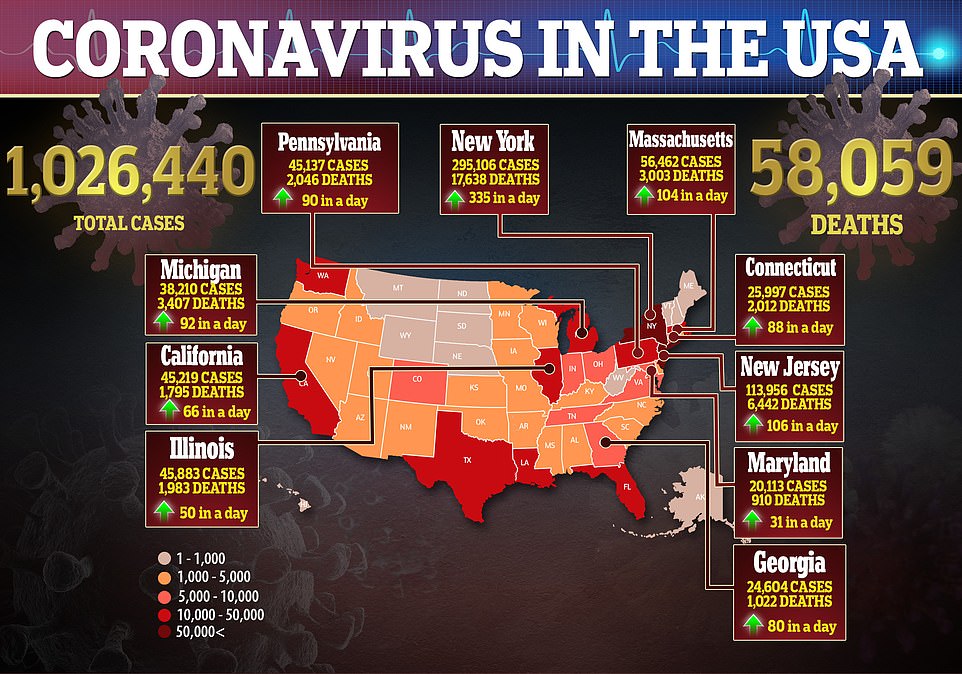 ‘As you try and relax mitigation, if we have the capability of identifying, isolating and contact tracing in a highly effective and efficient way, then the numbers will stay low. It may be 80,000, whatever 70,000 like the model says.’

He repeated a previous warning that a vaccine would probably not be available for at least ‘a year to a year-and-a-half’.

Fauci added: ‘Hopefully by that time we get to this coming winter, we will know whether we have a safe and effective vaccine. The challenge would then be to scale it up.’

It comes amid growing concern that a second wave will coincide with flu season which may topple the country’s healthcare system, and as the world’s science and medical communities race to find a treatment for the virus that is reliable.

‘In my mind, it’s inevitable that we will have a return of the virus, or maybe even that it never went away,’ Fauci said according to CNBC, adding the virus is ‘not going to disappear from the planet’.

He added that he was ‘cautiously optimistic’ that researchers would come up with a vaccine but he did not say how quickly he thinks they will be able to achieve it. 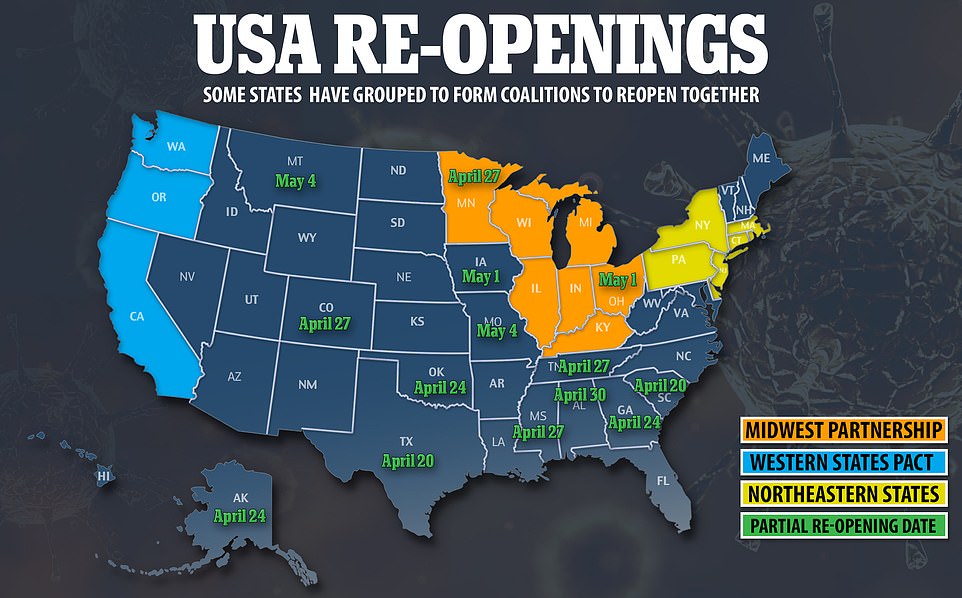 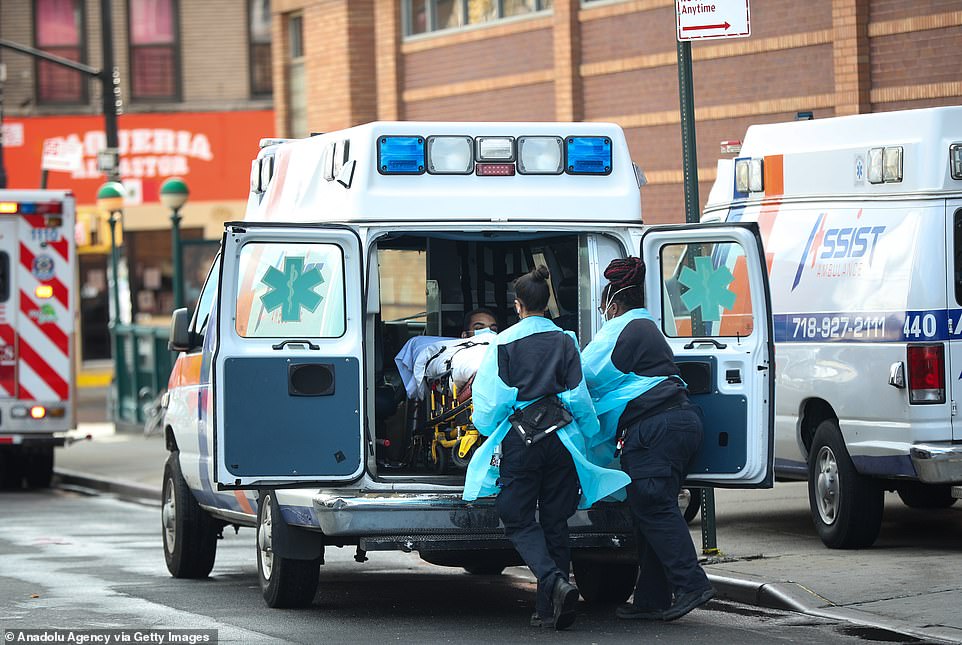 The treatments used so far include drugs that are ordinarily used to treat malaria and heartburn.

Neither is full proof and a vaccine is even further away. Fauci previously said he does not think a vaccine will be created for at least a year.

The government is working with biotech firm Moderna to try to fast-track a vaccine. They launched their first trial on March 16 but the results are not yet known.

Despite some parts of the country reopening already, the Fauci warned opening up too soon would send the US back to the crisis it was in a few weeks ago.

‘A rebound [could] get us right back in the same boat that we were in a few weeks ago,’ he said.

As of Tuesday afternoon, the US had more than 1million cases of coronavirus and more than 58,000 people had died.

Despite the ongoing increase in cases and deaths, several states are choosing to reopen because they have been relatively unaffected.

Lockdown there will remain in place for the whole state until May 15 and even longer for New York City, the epicenter of the epicenter.

Dr. Fauci has been praised as the country’s voice of reason throughout the pandemic, offering calm advice and information against a backdrop of political fury from President Trump. 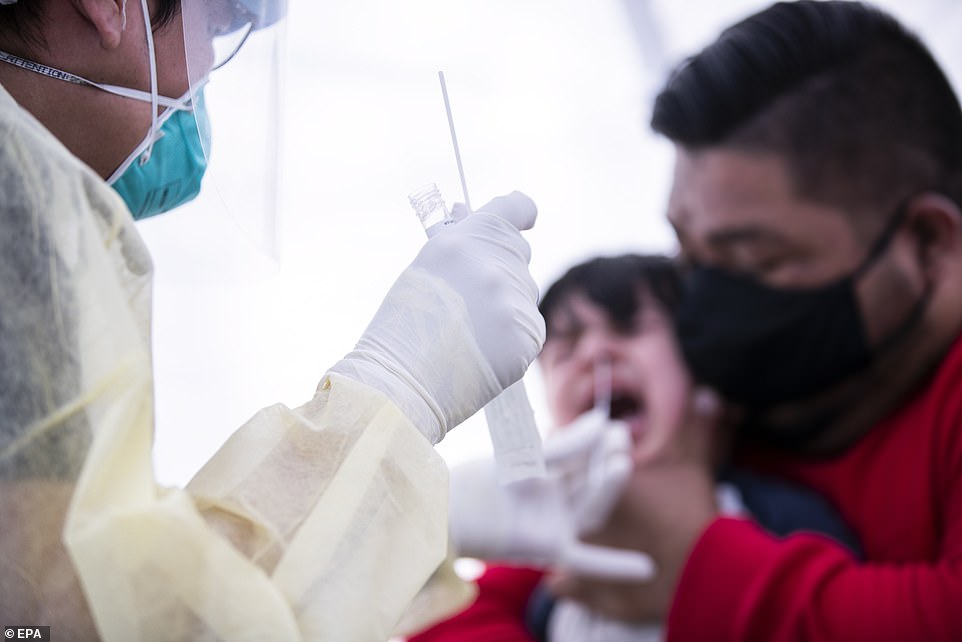