Aston Villa goalkeeper Emiliano Martinez has admitted he fell out of love with football after six loan spells in seven years during his time at Arsenal.

The shot-stopper joined the Gunners’ youth set-up in 2010 and made his debut two years later but found it difficult to get regular opportunities in the first-team.

Martinez, who spent time on loan with Oxford United, Sheffield Wednesday, Rotherham United, Wolves, Getafe and Reading, made just 38 appearances for Arsenal during his ten-year stay at the Emirates.

The 28-year-old said his time at Getafe proved to be the most difficult, with the ‘keeper finding himself out of the team and knowing he would get limited opportunities when he returned to Arsenal.

‘I don’t think you prepare for not playing, I always thought I had the talent but at some stage in my career when I was 22, 23 and I wasn’t playing, I went on my first loan to Spain, I played only six games,’ he told Sky Sports. 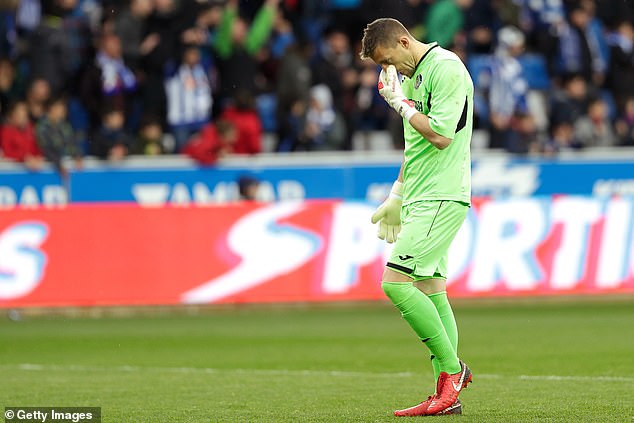 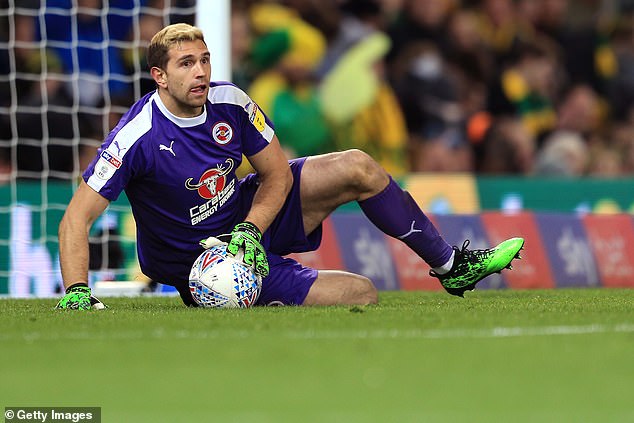 ‘That was something I was worried about, I told my wife, “I know I’m not playing but I’ve stopped watching football games,” so it wasn’t an easy place to be.’

Martinez said he made a promise to himself that his loan at Reading would be his last and revealed he worked with a psychologist to help him through his struggles.

‘I went on loan again to Reading in the Championship, a league which I didn’t want to be in,’ he added.

‘I put myself in a position: I have a newborn baby, this is going to be my last loan. I got that in my head, I started with a psychologist that helped me through my bad moment, it helped me to get past my frustrations. 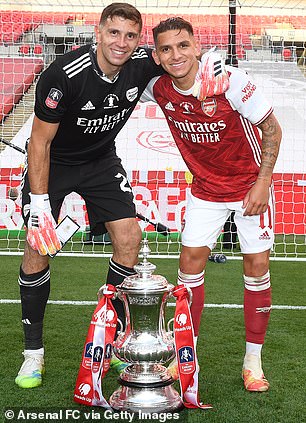 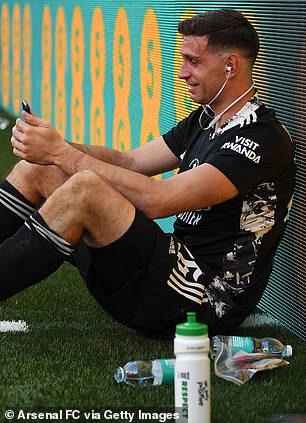 While Martinez made less than 50 appearances for Arsenal, he was the hero as they beat Chelsea to win the FA Cup in the 2019-2020 season before saving the crucial penalty in the Community Shield shoot-out against Liverpool.

The ‘keeper broke down in tears on the pitch as he called his family and friends on FaceTime to celebrate Arsenal’s victory.