By Jonathan Mcevoy For Mail Online

He was 0.402sec ahead of Lewis Hamilton’s Mercedes in second and 0.425sec ahead off Sebastian Vettel in a disappointing third, a week on from his morale-boosting win in Singapore. 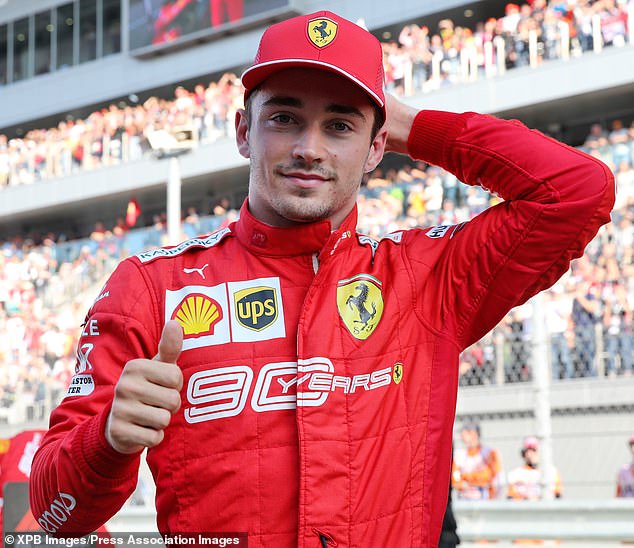 Although Ferrari started the season poorly they now have a good chance of a fourth straight victory as their form has markedly improved since the summer break.

However, Mercedes are the team of this Sochi track, having won here every time the race has been staged, starting in 2014.

Hamilton also holds a commanding 96-point lead over Leclerc, the coming man, with 156 on offer before the season ends at Abu Dhabi on December 1. 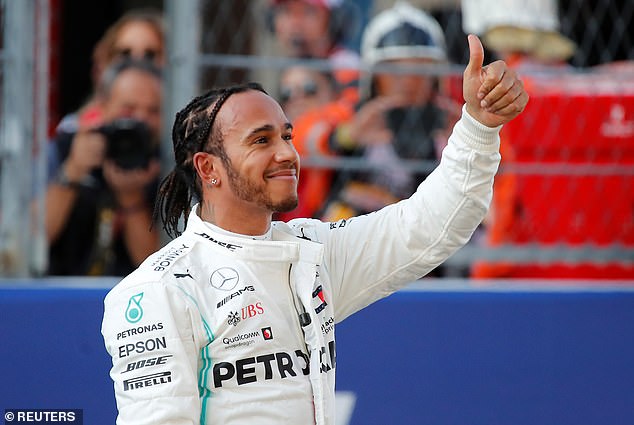 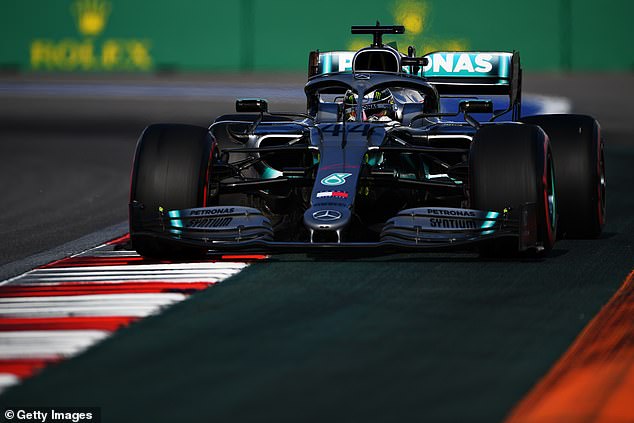 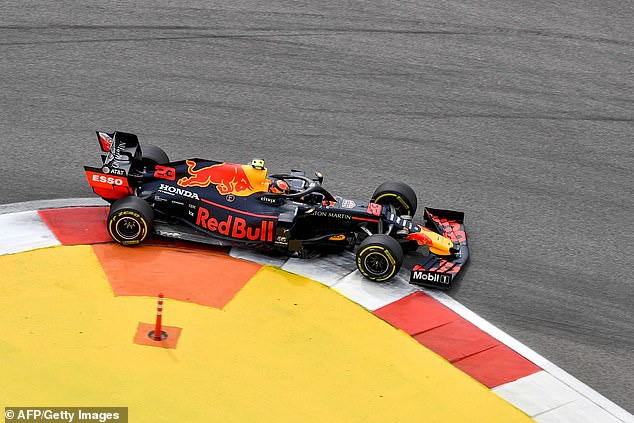 The Briton has not taken a pole for five races, his form a little short of top notch.

But he could be pleased with his showing on Saturday. ‘Yes, get in their man,’ he said.

There was some drama early on as Alex Albon spun his Red Bull.

Luckily for the London-born Thai, the prang came at the low-speed 13th corner. His car spun round and damaged its rear as it hit the barriers.

He walked away unharmed. Qualifying was delayed as the damaged machine was removed. 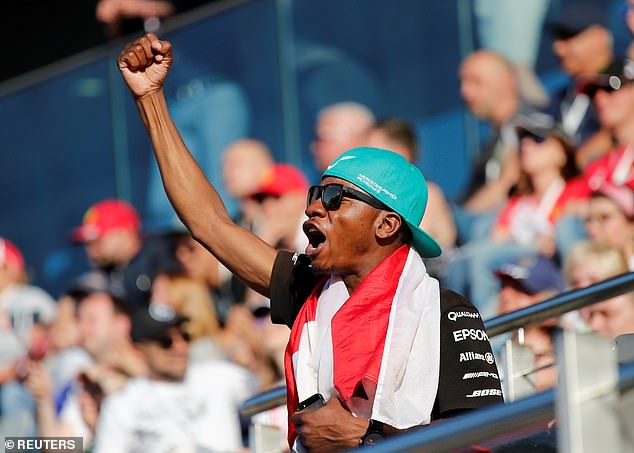