Tyson Fury has urged heavyweight rival Anthony Joshua not to retire before they meet in an all-British blockbuster.

Fury is on the comeback trail after more than two years out of the sport and is targeting a money-spinning clash with the current IBF and WBA heavyweight champion.

But Eddie Hearn appeared to cold water on those plans by hinting Joshua could hang up his gloves if he beats Deontay Wider to become the undisputed heavyweight champion. 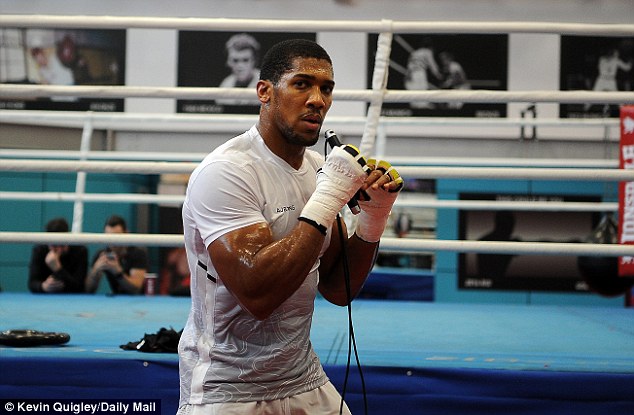 ‘Stay active, get a couple of fights in because I’m going to take you to school,’ he told AJ

Fury responded by releasing a video on Instagram in which he labelled AJ a ‘s***house’. The self-styled Gypsy King also confirmed he is still yet to sign with any promoter.

‘Hi this is Tyson Fury, just to clear up a few things from the papers. I’ve signed nothing with nobody as of yet. I’m still a free agent ATM (at the moment),’ he said.

‘I just saw reports that Eddie Hearn saying Joshua will retire before he fights me and if he does, I told y’all he was a s***house and he’s afraid of the Gypsy King. Look, I got myself back in shape… and now he wants to retire all of a sudden.’

‘Typical, typical, typical moves, stay active, get a couple of fights in because I’m going to take you to school, play with you. It’s going to be unbelievable, an easy fight. (I’ll) jab his head right off, use his head like a springboard.’

Fury has been out of the ring since beating Wladimir Klitschko in November 2015, after which he had to surrender his unified world titles amid self-confessed problems with drugs and depression. 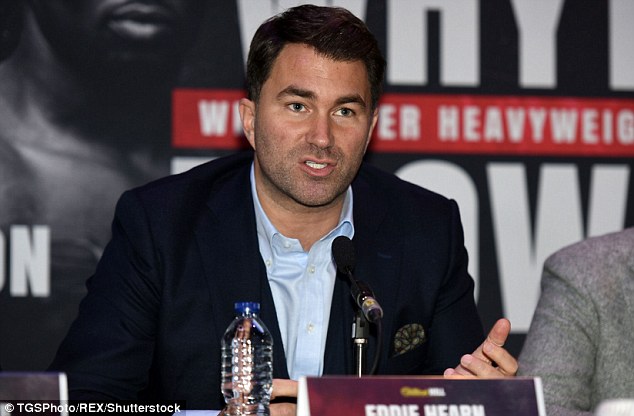