She appears to have a blessed life as one of the most successful supermodels in the world with a picture-perfect family to boot.

But Gisele Bundchen is ready to shatter the glossy image of the flawless Brazilian bombshell in everyone’s minds as she opens up in her new memoir Lessons: My Path to a Meaningful Life.

In it Gisele, 38, reveals she once suffered from panic attacks so severe that she considered ending her life.

‘Things can be looking perfect on the outside, but you have no idea what’s really going on,’ she tells People this week.

‘I felt like maybe it was time to share some of my vulnerabilities, and it made me realize, everything I’ve lived through, I would never change, because I think I am who I am because of those experiences.’

In excerpts from her new book obtained by People, Gisele talks about not feeling ‘very special’ during her childhood and her rough start in the modeling industry.

After being discovered by an agent at a São Paulo mall at 14 Gisele faced a lot of criticism about her looks.

‘They told me, “Your nose is too big and your eyes are too small and you’re never going to be on the cover of a magazine,” she recalled.

But it wasn’t long before her stunning good looks and athletic-yet-curvy figure got her noticed and she got her big break walking for Alexander McQueen in 1997 and was soon on the cover of Vogue who hailed her look as ‘the return of the curve’. 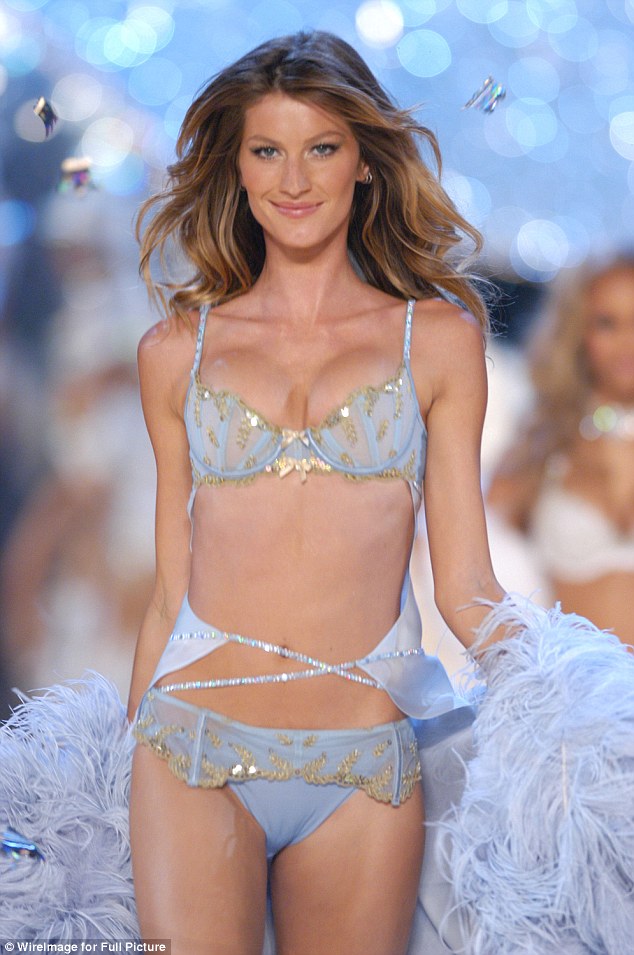 Thrust into the spotlight: It was when she landed a $25 million contract with Victoria’s Secret in 2000 and she started dating Leonardo DiCaprio that Gisele’s life really transformed 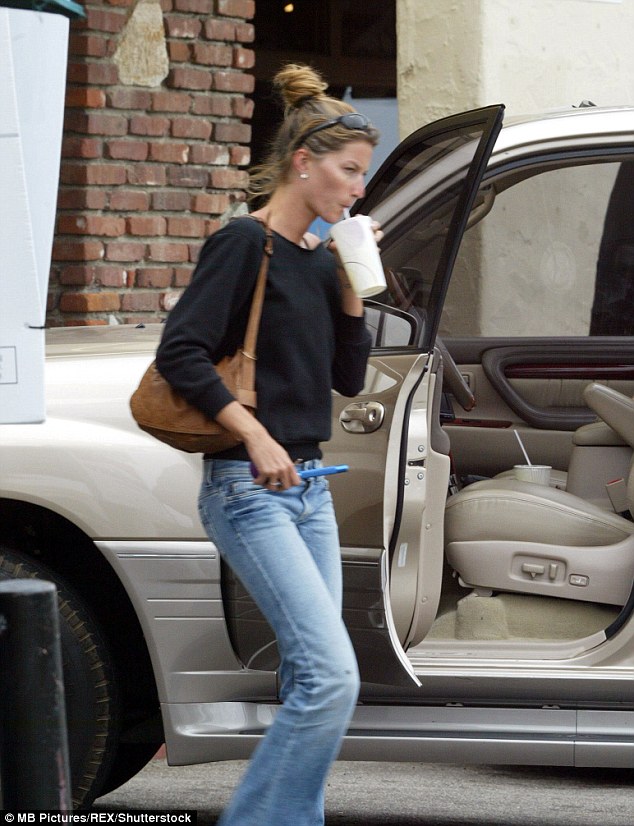 ‘I felt powerless. Your world becomes smaller and smaller, and you can’t breathe’: Gisele suffered her first panic attack on a bumpy plane ride in 2003 and would then get them at home too. (Seen here in 2004)

It was when she landed a $25 million contract with Victoria’s Secret in 2000 and she started dating Leonardo DiCaprio that Gisele’s life really transformed and she was thrust into the spotlight.

It was around this time she started suffering panic attacks, her first one happening on a bumpy flight on a small plane in 2003.

She explains that she also developed a fear of tunnels, elevators and other enclosed spaces and recalls feeling confused and frustrated about why it was happening when everything in her life was going so well.

‘I had a wonderful position in my career, I was very close to my family, and I always considered myself a positive person, so I was really beating myself up. Like, “Why should be feeling this?”

‘I felt like I wasn’t allowed to feel bad,’ she writes. ‘But I felt powerless. Your world becomes smaller and smaller, and you can’t breathe, which is the worst feeling I’ve ever had.’ 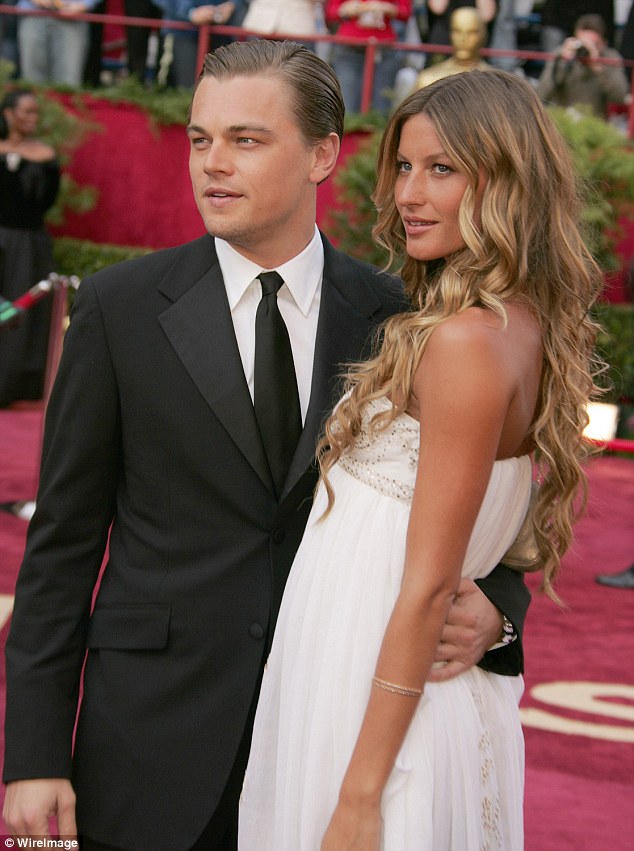 Soul-searching: She is pictured with Leo in 2005 just before they split. Gisele reveals in her memoir that her panic attacks became so severe that it forced her to question her relationships

The attacks would also happen when she was at home leading to Gisele considering taking drastic action to relieve herself of her suffering.

‘I actually had the feeling of, “If I just jump off my balcony, this is going to end, and I never have to worry about this feeling of my world closing in.”‘

Gisele says she was prescribed Xanax but didn’t want to rely on medication to solve her issues.

It was then she underwent a lifestyle overhaul, looking at her diet and aspects of her life which might have been causing stress.

‘I had been smoking cigarettes, drinking a bottle of wine and three mocha frappacinos every day, and I gave up everything in one day,’ she recalls.

She also cut out sugar and tried yoga and meditation to combat her stress. 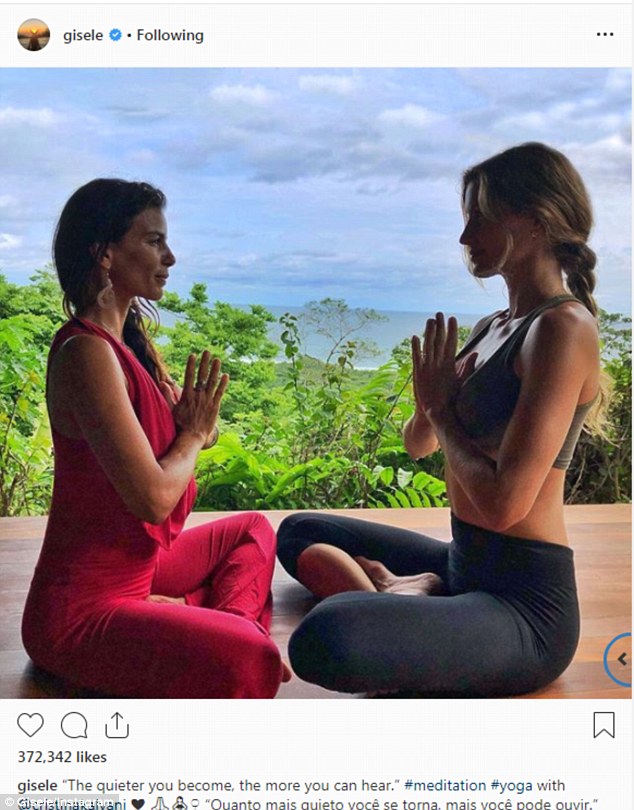 Self care: After the panic attacks started happening when she was at home, Gisele overhauled her lifestyle and took up yoga and meditation 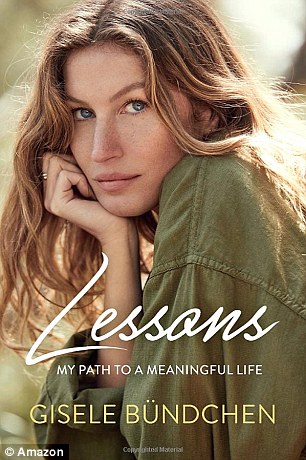 Opening up: Gisele’s memoir Lessons: My Path to a Meaningful Life is out October 2

‘I thought, if this stuff is in any way the cause of this pain in my life, it’s gotta go.’

At this point Gisele also looked at her personal relationships, realizing she was ‘alone’ in her soul-searching and decided to end her relationship with DiCaprio in 2005.

Gisele now reflects on that time in her life as a period of growth and learning.

‘Everyone who crosses our path is a teacher, they come into our lives to show us something about ourselves,’ she says. 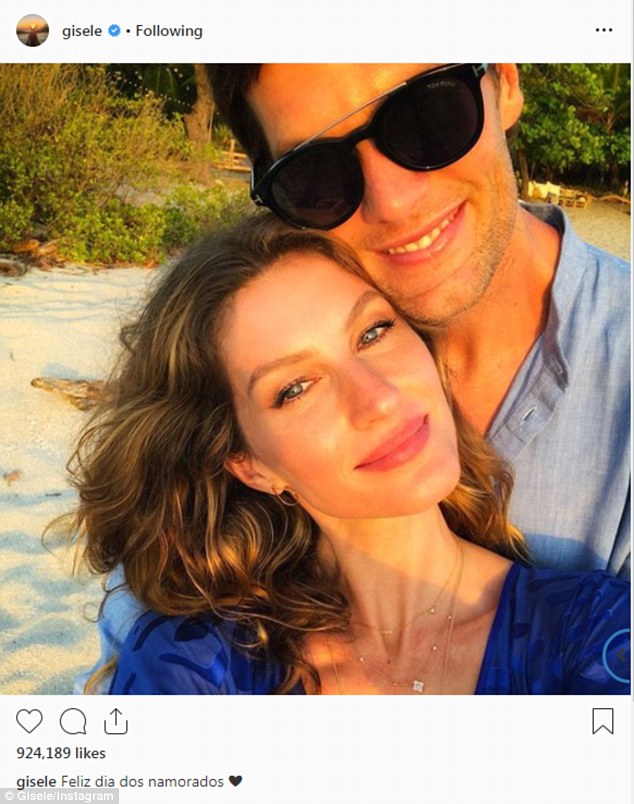