A grandmother’s body was taken in a panel van to a local shopping centre to be declared dead in front of curious onlookers, in what her family describes as a ‘disheartening’ failure from medical professionals.

Elizabeth O’Kane, a grandmother of 29, died peacefully at her daughter’s home near Maitland in the NSW Hunter Valley late on Tuesday night, just as she wanted to.

But when her family tried to have someone come to verify the 71-year-old’s death, they were told it was not possible, and they would need to bring her body to the doctor’s surgery instead.

An undertaker had to drive Ms O’Kane’s body to the nearby medical centre where she was declared dead, just metres from a highway and across the road from an ALDI as onlookers tried to get a peek at what was going on.

Doctors lean inside a panel van to inspect the body of Elizabeth O’Kane, 71, and formally declare her dead (pictured)  while the vehicle is parked outside a shopping centre  after her family were told no doctor would make a home visit to sign off on her death

Her grandson, Josef Krausert-O’Connor, told Daily Mail Australia watching his beloved grandmother die was hard, but the ordeal that followed was even more distressing.

The family had arranged for Ms O’Kane’s doctor to come over when she died and verify her death.

Mr Krausert-O’Connor said the practitioner was the only one at the practice who made home visits, and they were left stranded when they discovered he was hours away in Sydney for the next few days – and the practice said they would not send someone else.

The distraught family tried to call another doctor’s office, but when the receptionist learned Ms O’Kane was not a patient, they were ‘abrupt’, Mr Krausert-O’Connor said, and told him they could not help.

The funeral parlour tasked with putting Ms O’Kane to rest offered to help have her verified, and picked her up in a panel van to take her to the doctor.

While Ms O’Kane’s relatives were not happy with having to move the family matriarch in such an undignified way, they were even more upset at what happened next.

Ms O’Kane was not brought into the practice, and the van was forced to park on the street at a local shopping centre – across the road from a skate park, and in full view of curious rubberneckers.

One doctor walked out of the practice and climbed into the van to begin verifying Ms O’Kane’s death.

The practitioner said he heard a heartbeat, and called out a second doctor to be sure.

‘We were 20 metres from a highway, 13 hours after her death,’ Mr Krausert-O’Connor said. ‘And he thought he heard a heartbeat.’

‘If this is a standard practice, where families are left traumatised watching their loved ones in the back of a van being verified like cattle, something needs to change,’ he said. 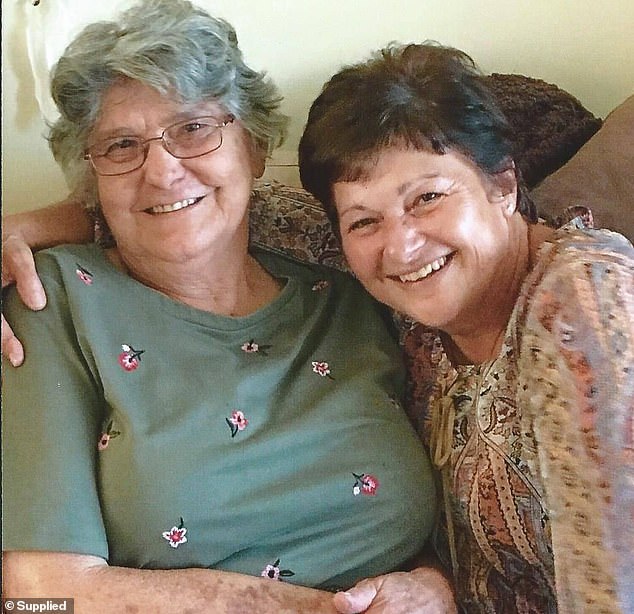 The family matriarch (left), who had terminal lung cancer, died peacefully in her daughter Anne’s (right) home on Tuesday night, but was not declared dead until Wednesday

As the doctor examined his grandmother, Mr Krausert-O’Connor said he was unable to stop himself from sharing his anger at the situation.

Mr Krausert-O’Connor says he is not alone in his experience, and dozens of locals have stepped forward to say they have been in a similar situation.

‘This isn’t an uncommon thing,’ he said. ‘We’ve heard about people waiting days to be verified, doctors refusing to go to funeral parlours to verify people.

‘Is it about money? Have we lost the heart in healthcare?

‘All we asked is she have the final stages between death and being laid to rest be dignified, and this is what we got.’

After Ms O’Kane was legally declared dead, he began to research, and found their ordeal could have been much easier, if only he had known – and if only more medical practitioners had known.

Under NSW Health policy, Ms O’Kane could have been verified by a registered nurse, a midwife or a qualified paramedic – though Mr Krausert-O’Connor acknowledges she would still have to be verified by a medical practitioner within 48 hours. 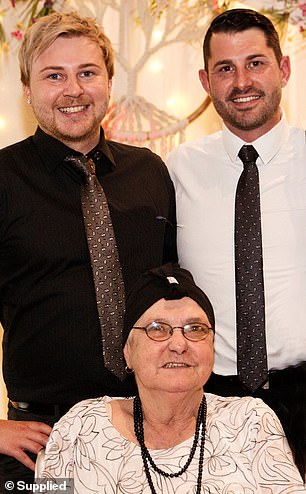 Her grandson, Josef Krausert-O’Connor (top right) is determined to change the NSW health care directive to ensure no other family goes through what his did

He said reception staff were not accommodating of his family’s needs, and ‘were far from sympathetic or empathetic’.

‘They said the only way to get it sorted was to bring her up,’ he said.

‘So the funeral director drove less than 5km, parked, and had a doctor come out to verify nan’s death.

‘There was no thought to empathy, sympathy or professionalism.’

Mr Krausert-O’Connor now wants to see the NSW Health directive for the verification of death overhauled, for there to be clear guidelines as to who can verify a death and in what manner that should occur.

Where a body needs to be transported for verification, he also wants to see proper transportation provided, which would have allowed his grandmother to escape her ordeal in the back of a panel van.

The directive should also be communicated clearly to all parties. Not only was Mr Krausert-O’Connor unaware of any contingent procedure, but the health specialists he spoke with appeared to be equally as naive.

With the support of his local MP, he has launched a petition to see the directive changed so people who want to die at home are not disadvantaged.

‘It’s really important we do everything possible to support families who are providing palliative care for their loved ones,’ Ms Aitchison told Daily Mail Australia.

‘Part of that has to be equipping them to deal with the death of their loved ones –  which means making sure they have access to proper verification procedures, and making sure everyone knows what to do when it comes time to say goodbye.

‘Ms Aitchison said she wants to see more resources directed towards end of life care, particularly in cases where a patient chooses to die at home, not a hospital.

‘The resources are not there,’ she said. ‘We had a palliative care doctor resign last year because she was promised extra resources and never got them.

‘There is only one palliative care nurse after hours.’

The MP said it was a ‘great tragedy’ that Ms O’Kane’s relatives would be forced to remember their ordeal as their last moment with her, and urged anyone who had found themselves in a similar position to get in contact with her.

Daily Mail Australia has contacted the medical centre for comment. 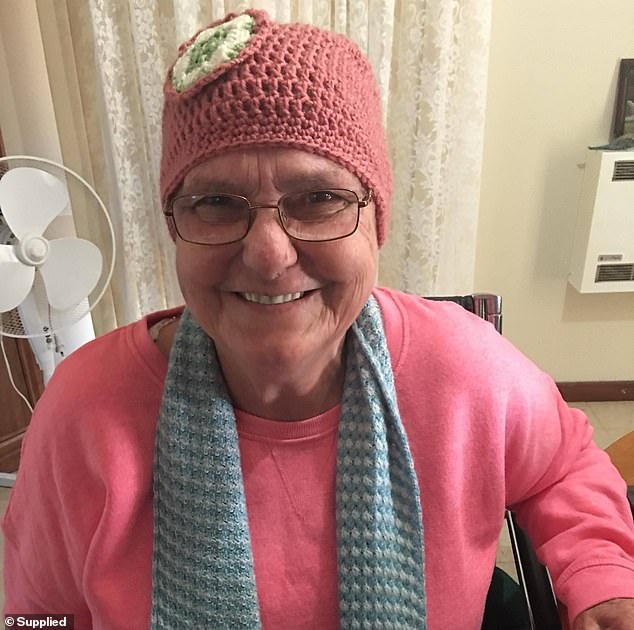 Mr Krausert-O’Connor said his grandmother was at a disadvantage because she chose to die at home. His state MP, Jenny Aitchison,  says the area needs more palliative care resources