The hoaxer whose claims he was the Yorkshire Ripper cost the lives of three more of his victims has died at the age of 63.

John Humble sent three letters and a two-minute voice recording to police probing the Ripper’s murders across Yorkshire, Lancashire and Greater Manchester in the 1970s and early 1980s.

He taunted the policeman leading the inquiry, calling himself Jack and saying: ‘I see you are still having no luck catching me’.

Humble became known as Wearside Jack due to his recognisable accent as police forked out £1million trying to find him.

In that time the real Yorkshire Ripper, Peter Sutcliffe, was free to kill another three women undetected.

It took 30 years to finally bring Humble to justice and he only spent four years behind bars.

But after moving to South Shields on his release, he grew increasingly dependent on alcohol and died alone in his flat last month, reports The Mirror. 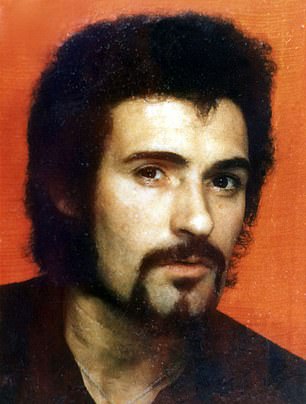 John Humble (right) sent three letters and a two-minute voice recording to police probing the spate of murders committed by the Yorkshire Ripper Peter Sutcliffe (right) across Yorkshire, Lancashire and Greater Manchester in the 1970s

He was originally given eight years after a cold case review saw him jailed for perverting the course of justice in 2005 – but he only served half his sentence.

He lived alone and turned to drink to ‘forget’, according to friends and those who knew him.

One friend told the newspaper: ‘He was destroyed by what he’d done.

‘He spent most days drinking from morning till night in a bar and at home. It was Lambrusco and Carling mainly.  He was on benefits because he was in no state to work.’

Another said he had attempted suicide three times, distraught over the ‘mistake’ he had made by conning the police.

Neighbours claim he died three weeks ago but they never knew he was there.

His death certificate is believed to name a cause of death as heart disease and ‘chronic alcohol misuse’.

Humble was living in Sunderland when he sent a voice recording to West Yorkshire Police’s Assistant Chief Constable George Oldfield, who was leading the inquiry into Sutcliffe’s killings.

The tape, sent to the force in June 1979, was even played at a press conference and prompted a £1million investment into the murder probe.

But while detectives scrambled around interviewing 40,000 people trying to find the man they believed to be ‘Wearside Jack’, Sutcliffe was able to strike again. 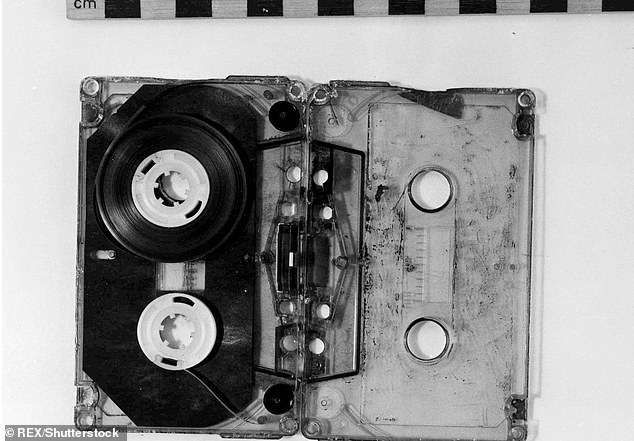 He taunted the policeman leading the inquiry, calling himself Jack and saying on the tape (pictured): ‘I see you are still having no luck catching me’.

In September that year Sutcliffe killed student Barbara Leach, 20, in Bradford by bludgeoning her to death.

The following year the Yorkshire ripper went on to kill civil servant Marguerite Walls, 47, in Leeds.

Despite the fact Humble had told police he had lied about his identity, they still didn’t believe him, leaving Sutcliffe free to kill his 13th and final known victim.

Student Jacqueline Hill, 20, was murdered in Leeds later that month.

Her mother claimed if it wasn’t for Humble’s hoax, her daughter would never have been killed.

The infamous voice recording, made by Humble using an old tape deck in his family’s council house, said: ‘I’m Jack. I see you are still having no luck catching me. 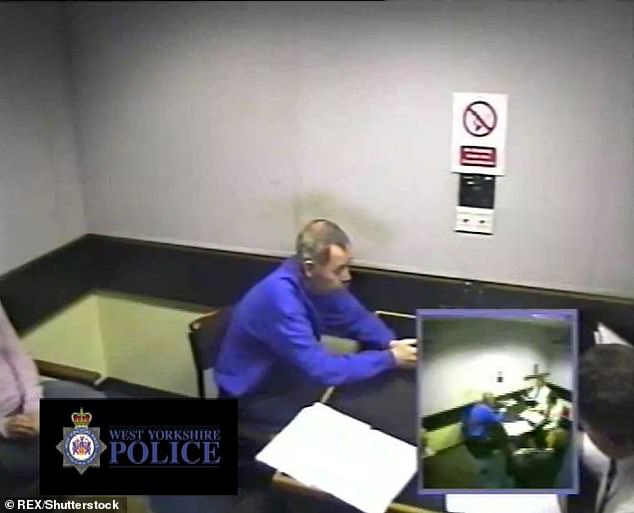 ‘I have the greatest respect for you George, but Lord!, you are no nearer catching me now than four years ago when I started.

‘I reckon your boys are letting you down, George. They can’t be much good can they?’

‘At the rate I’m going I should be in the book of records… I’ll keep on going for quite a while yet. I can’t see meself being nicked just yet…

‘Well, it’s been nice chatting to you, George. Yours, Jack the Ripper.’

It wasn’t until three years later, in January 1981, that Sutcliffe finally admitted he was the killer and he was jailed for life that year.

Sutcliffe wrote to Humble to tell him he had ‘blood on his hands’ for the three murders he committed while police chased after Wearside Jack.

Aged 73 and still behind bars, Sutcliffe is reportedly taking a wide range of drugs to cope as he struggles with breathing difficulties, high blood pressure, diabetes and has almost gone blind.

The killer is serving 20 life sentences in HMP Frankland prison, Durham, after murdering 13 women and being convicted of attempting to murder seven more.

One prison source told the Daily Star recently the murderer has reached the ‘final stages’ of his life.

‘Every time he gets ill he never fully recovers and so is on a steady decline,’ they said.

‘He is in the final stages of his life and his own death is now something he is preoccupied with’.

The former Bradford lorry driver’s health has been deteriorating for years, with reports earlier this year stating that he has lost vision in his left eye after another inmate attacked him in 1997.

An attempt to improve vision in his right eye this year left him without vision in either.

THE YORKSHIRE RIPPER’S REIGN OF TERROR: A TIMELINE OF HIS MURDERS

Sutcliffe, who lived in Bradford, West Yorkshire, believed he was on a ‘mission from God’ to kill prostitutes, although not all his victims were.

His other victims, aged between 16 and 47, included two university students, a civil servant, a bank clerk and a supermarket worker.

Sutcliffe was dubbed the Yorkshire Ripper because he mutilated his victims using a screw driver, hammer and knife.

He was also convicted of seven counts of attempted murder in and around Yorkshire, Lancashire and Greater Manchester.

Summer 1975: Peter Sutcliffe begins attacking women, two in Keighley and one in Halifax. All three survive and police do not link the attacks.

30 October 1975: Sutcliffe carries out his first fatal attack on Wilma McCann, a 28-year-old prostitute from the Chapeltown district of Leeds.

5 February 1977: He kills Irene Richardson, 28, another prostitute from Leeds.

26 June 1977: The case comes to the attention of the national press after Sutcliffe murders Jayne MacDonald, a 16-year-old shop assistant. The murder, and the realisation that a serial killer is on the loose in Yorkshire, shocks the country.

The attacker is dubbed the Yorkshire Ripper by the press, and West Yorkshire Chief Constable Ronald Gregory appoints his most senior detective, Assistant Chief Constable George Oldfield, to investigate the murders.

1 October 1977: Sutcliffe chooses Manchester for his next attack – on Jean Jordan, 20. He dumps her body on an allotment and throws her bag, containing a brand new £5 note he gave her, into nearby shrubs.

Police find the bag and trace the serial number on the note back to the payroll of Yorkshire hauliers T and W H Clark, who employ Peter Sutcliffe.

Sutcliffe is interviewed by police but provides an alibi placing him at a party.

June 1979: A tape is sent to police by a man calling himself Jack the Ripper, who has already sent a series of hand-written letters from Sunderland.

Assistant Chief Constable Oldfield mistakenly decides that these are the work of the Ripper.

Wearside Jack, as he becomes known, is pinpointed to the Castletown district of Sunderland by voice experts. Detectives are told they can discount suspects who do not have a Wearside accent.

July 1979: Police interview Sutcliffe for the fifth time. Detective Constables Andrew Laptew and Graham Greenwood are suspicious but their report is filed because his voice and handwriting do not fit the letters and tape.

2 October 1979: A £1million campaign is launched to catch the Yorkshire Ripper.

20 August 1980: The Ripper claims another victim, Marguerite Walls, 47, from Leeds, followed by Jacqueline Hill, 20, a Leeds University student, on November 17.

3 January 1981: Sutcliffe admits he is the Yorkshire Ripper after police arrest him with a prostitute. Police admit the killer does not have a Wearside accent.

22 May 1981: Sutcliffe is jailed for life at the Old Bailey. The judge recommends a minimum sentence of 30 years. He is transferred to Broadmoor secure hospital in Berkshire in 1984.

21 March 2006: John Humble, a former builder, is sentenced to eight years in prison after he admits to being the Yorkshire Ripper hoaxer known as Wearside Jack.

1 June 2006: A report which has been kept secret for nearly 25 years reveals that Sutcliffe probably committed more crimes than the 13 murders and seven attempted murders for which he was convicted.

April 2017: Sutcliffe is questioned by police officers over 17 unsolved cases that bear similarities to his past crimes. He is not being investigated over any murders and it is unknown which of the incidents police think are linked to the serial killer.