The property portfolio of the multivitamin millionaires: How rich list couple have snapped up some of Australia’s most stunning homes

Rich list vitamin and supplements moguls Jina Chen and her husband Alex Wu have smashed a record for Sydney’s lower north shore with the latest addition to their property portfolio.

The Nature’s Way founders will soon call Lavender Bay home after snapping up a stunning luxury six bedroom home which had been on the market for just three weeks.

The price remains undisclosed by Belle Property Mosman but sources say it was for more than $16.5 million, smashing the $16.28 million suburb record set in 2017, Domain reported.

It’s the fifth double-digit sale for the exclusive suburb in two years.

Jina Chen and Alex Wu reportedly paid more than $16.5million for this Lavender Bay home, a record price for the suburb

The luxury home with spectacular views used to be a 1930s block of units before it was bought by interior architect and start-up investor Christina Wood and her husband Chris Bedingfield in 2008 for $5.3 million.

The couple transformed the property into a single home, now considered one of Sydney’s finest residences.

‘The main residence is nothing short of a masterclass in style and sophistication, with multiple formal/casual living spaces, grand bedrooms and stately grounds, completely enveloped by panoramic views of Sydney Harbour, the property description states. 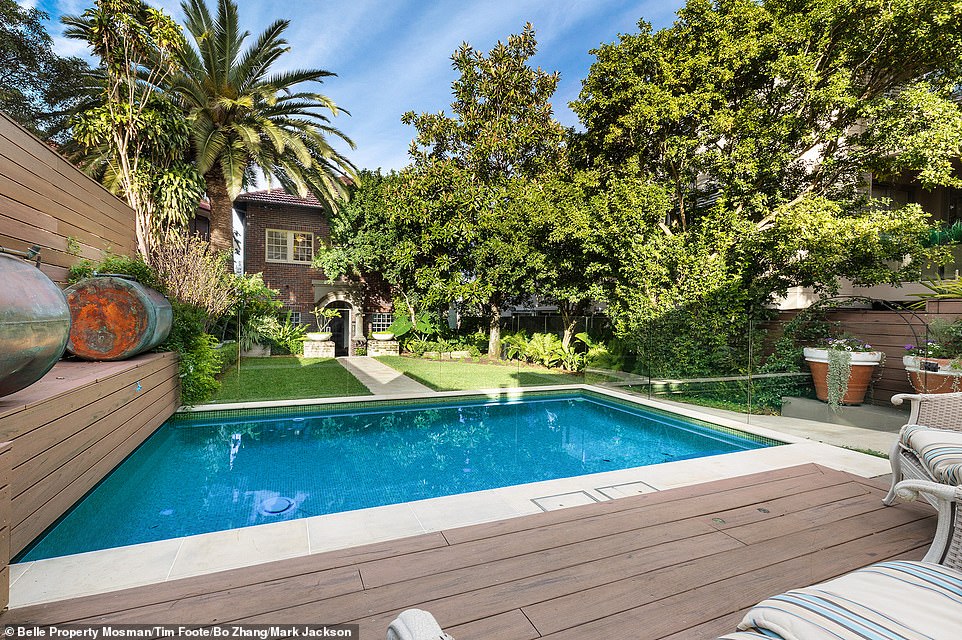 A retreat for adults takes up the entire third top floor complete with a balcony and jaw dropping panoramic views, balcony, while the other five bedrooms are hotel-sized, each with their own dressing room and ensuite.

The home will settle in a company name owned by Ms Chen and Mr Wu later this year. 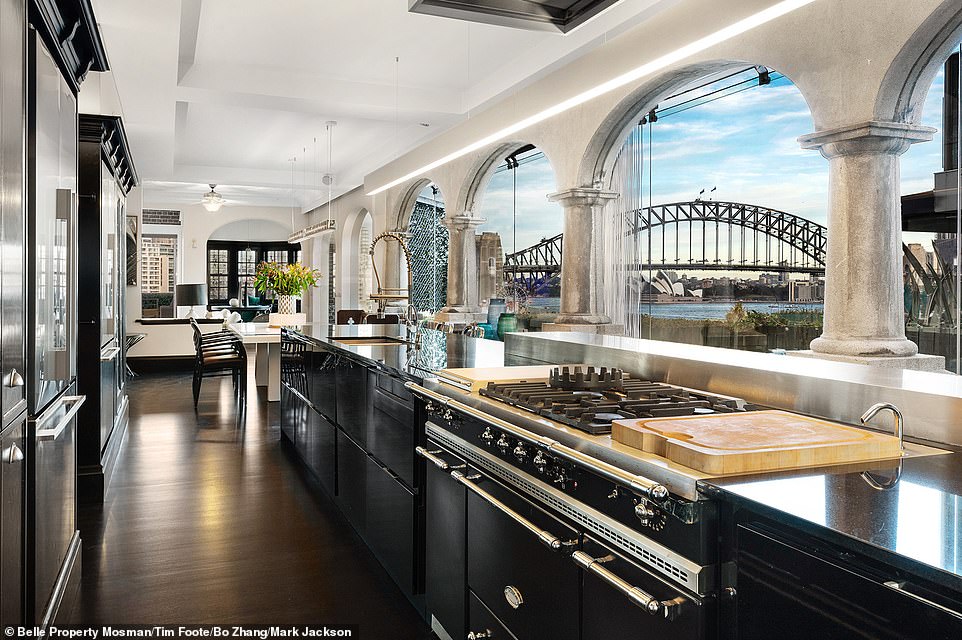 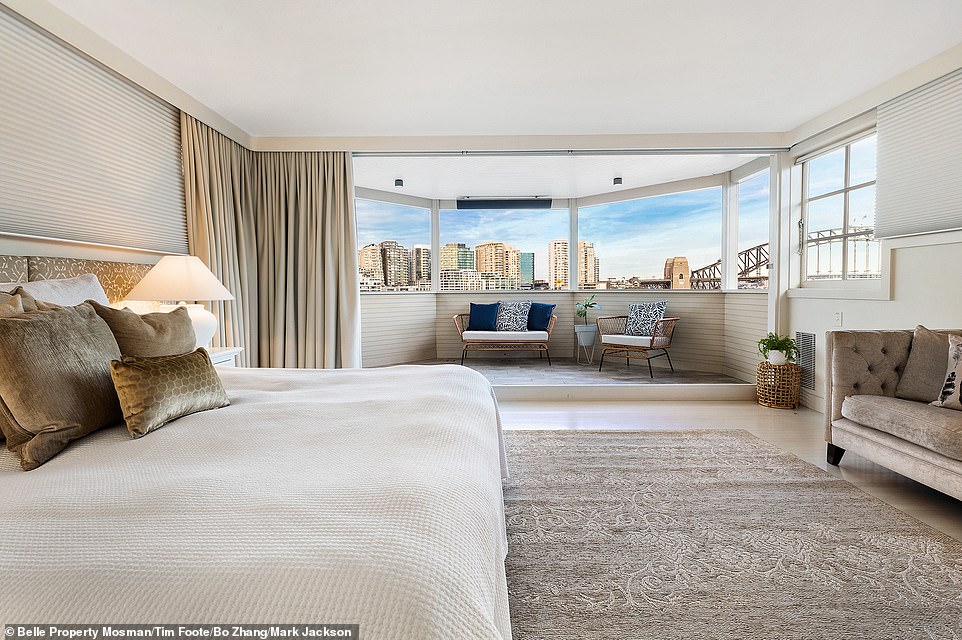 The luxury home has six bedrooms and bathrooms, including a master retreat which takes up the entire top floor

The couple have spent the last four years on Sydney’s northern beaches, after buying an eight-bedroom mansion in Ingleside for $7.7 million in 2015.

Ms Chen and her husband founded Na­­ture’s Care in 1990 after she began researching natural Chinese remedies to help cure her father’s persistent cough.

The deal saw the couple cement their place on this year’s Australian Financial Review’s Rich List, ranked 128th with an estimated $758 million. 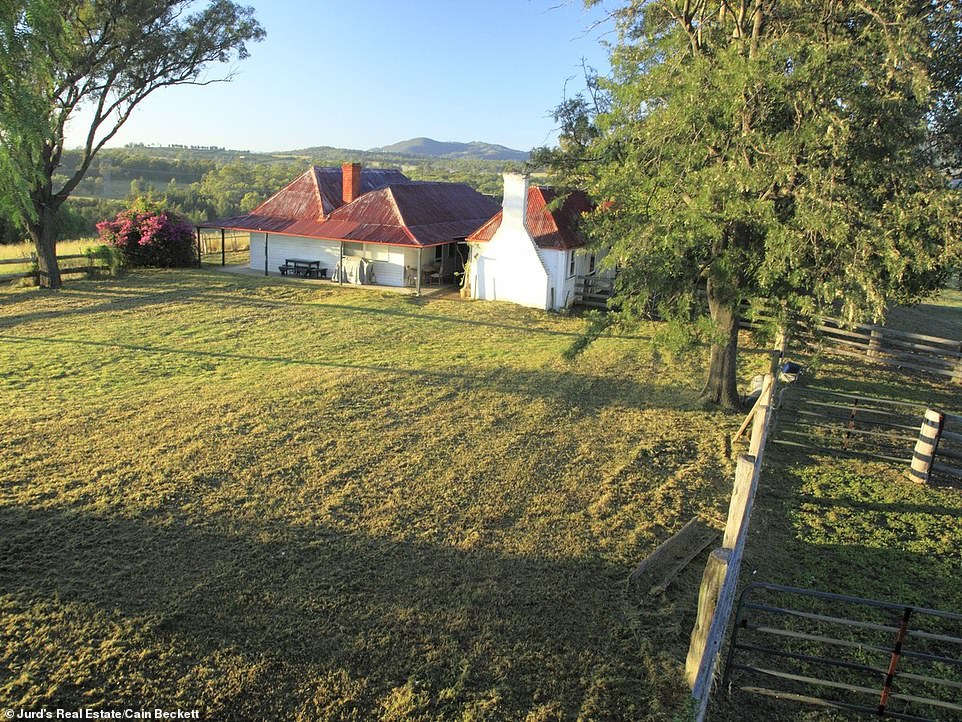