Irish PM Leo Varadkar today warned Boris Johnson that the EU is ‘stronger’ than Britain – as he plots tactics for trade talks.

The Taoiseach made clear he believes the bloc will emerge on top in wrangling over the future relationship, saying the UK will not ‘have its cake and eat it’.

He also insisted Britain will be welcome to rejoin the EU if its Brexit ‘adventure’ does not ‘work out’.

At a joint press conference after the discussions, he said the remaining ‘Team 27’ member states had to stay united in the next phase of negotiations.

‘On Friday, the United Kingdom is leaving the European Union, we’ll say goodbye to an old friend embarking on an adventure,’ he said.

‘We hope it works out for them. But if it does not, there will always be a seat kept for them at the table.’

Mr Barnier said he will be presenting a new negotiating mandate to EU member states next week.

‘It’s time for round two and time will be very short. We will maintain the EU unity, and we want to find an agreement that works in the interest of the whole EU,’ he said. 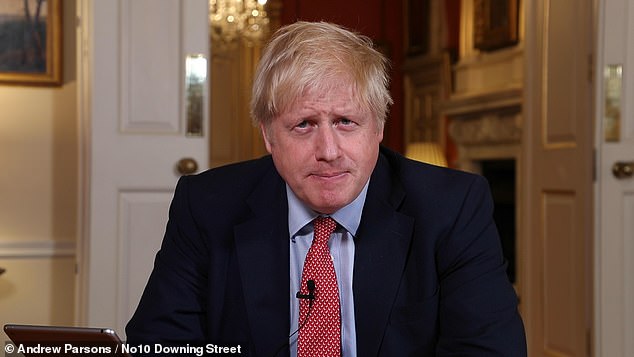 Mr Varadkar suggested that Boris Johnson (pictured signing the Brexit divorce deal last week) might run out of time to get a trade deal signed before the end of the year, when the transition period finishes 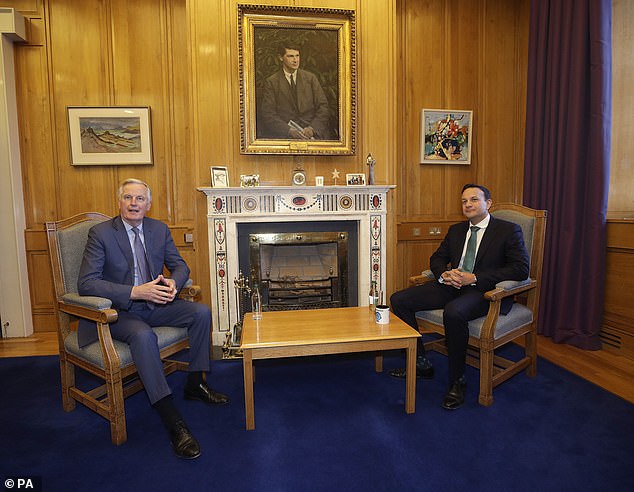 Mr Barnier said if no agreement is reached by the end of the year it ‘cannot be business as usual’.

‘We are to face a risk of a cliff edge, in particular for trade,’ he added. ‘We will use this time maintaining our line, protecting our interests, our principles and always willing to build the strong and ambitious partnership.

‘The UK is there as a friend and an ally for our common security and economic partners.’

In an interview with the BBC earlier, Mr Varadkar deployed a footballing analogy to claim the bloc has a ‘stronger team’ because of its far larger population and market.

Mr Varadkar also suggested that Mr Johnson might run out of time to get a trade deal signed before the end of the year, when the transition period finishes.

The PM has repeatedly ruled out requesting an extension to the implementation phase, during which the UK is still bound by EU rules.

The Taoiseach, who is fighting a general election, said: ‘The European Union is a union of 27 member states. The UK is only one country. And we have a population and a market of 450 million people.

‘The UK, it’s about 60 (million). So if these were two teams up against each other playing football, who do you think has the stronger team?’

Mr Varadkar – whose face-to-face talks with the PM were seen as key in securing a breakthrough on the divorce deal last year – questioned whether it would be possible to negotiate a full trade deal in time, saying ‘it will be difficult to do this’.

And he warned against any attempt by the UK to get a bare bones deal that could then be fleshed out over time.

‘When I hear people talk about piecemeal, it sounds a bit like cake and eat,’ he said.

‘That isn’t something that will fly in Europe.’ 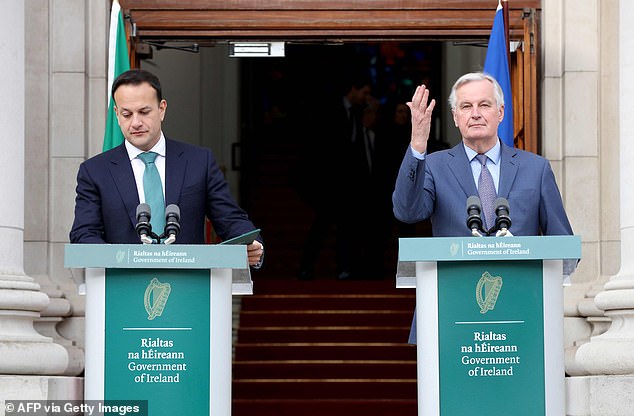