White House adviser Ivanka Trump was all smiles on Saturday afternoon as she prepared to head to Africa to promote a global women’s initiative she’s leading.

President Donald Trump’s daughter was pictured walking through the airport concourse at Dulles airport just outside of Washington D.C.

She is due to visit Ethiopia and Ivory Coast over the next four days and it flying commercial, rather than using a U.S. State Department aircraft.

The White House said her schedule includes a women’s economic empowerment summit in Ivory Coast as well as site visits and meetings with political leaders, executives and female entrepreneurs in both countries. 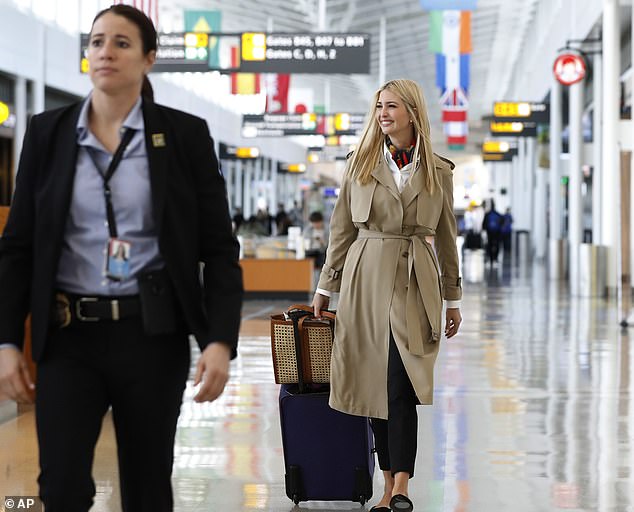 Off to Africa: Ivanka Trump will conduct a four-day tour to Ivory Coast and Ethiopia to push her ‘women’s empowerment’ agenda, which is being funded by USAID 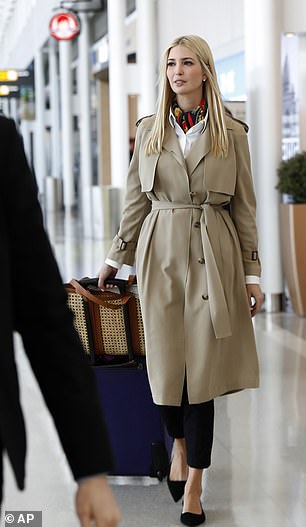 Accompanying her will be Mark Green, administrator of the U.S. Agency for International Development.

For parts of the trip, they will be joined David Bohigian, acting president of the Overseas Private Investment Corporation (OPIC), as well as Kristalina Georgieva, interim president of the World Bank Group, which is hosting the summit.

It is Ivanka Trump’s first visit to Africa since the White House undertook the Women’s Global Development and Prosperity Initiative in February.

She said she was ‘excited to travel to Africa’ to advance the effort.

Gerogieva said in a statement that economic empowerment ‘can help unleash the enormous potential of women entrepreneurs for job creation and economic growth, especially in Africa.’ 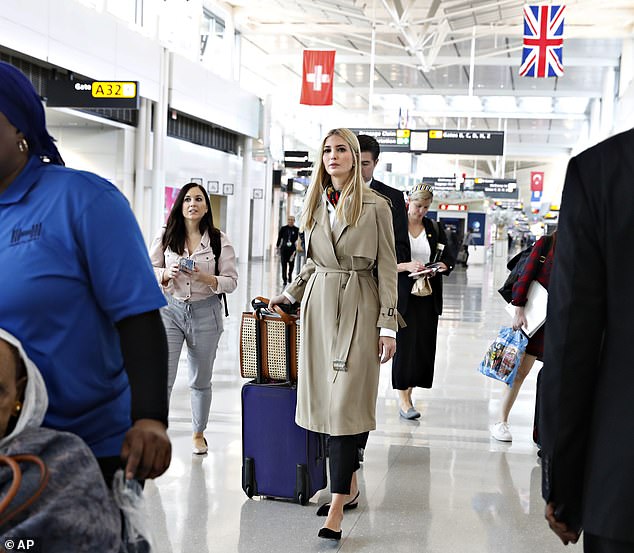 Ivanka’s schedule includes a women’s economic empowerment summit in Ivory Coast as well as site visits and meetings with political leaders, executives and female entrepreneurs in both countries 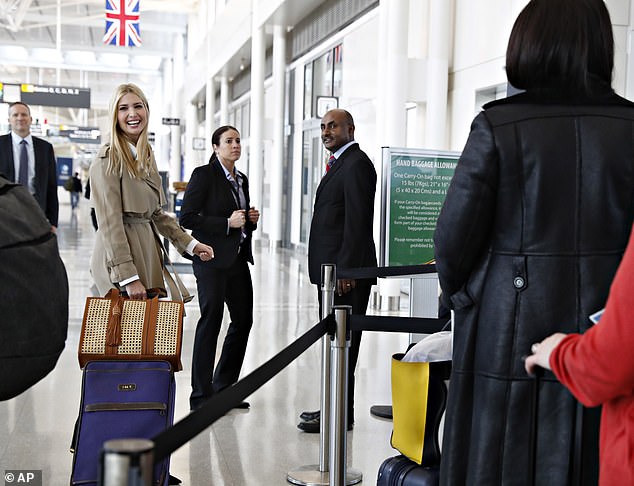 Ivanka has made women’s economic empowerment a centerpiece of her White House portfolio, and has made similar trips to Japan and India

The initiative involves the State Department, the National Security Council and other U.S. agencies. It aims to coordinate current programs and develop new ones to assist women in job training, financial support, legal or regulatory reforms and other areas.

Ivanka Trump says the goal is to economically empower 50 million women in developing countries by 2025.

Money for the effort will come through USAID, which initially set up a $50 million fund using dollars already budgeted.

The president’s 2020 budget proposal requests $100 million for the initiative, which will also be supported by programs across the government as well as private investment.

The White House spending plan would cut overall funding for diplomacy and development. 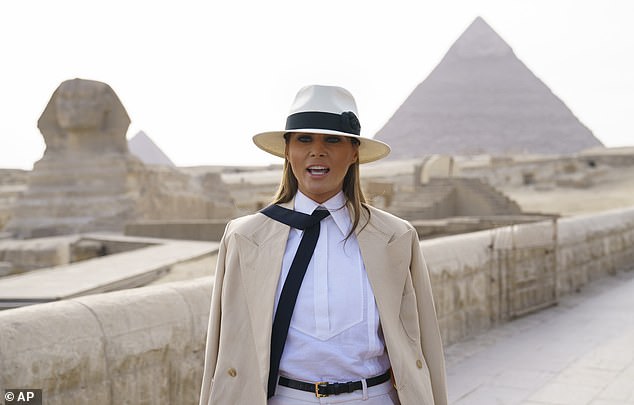 African tour: Melania Trump went to Africa for five days last October, visiting Ghana, Malawi, Kenya, and finally Egypt where she was photographed in front of the Sphinx and the Great Pyramid of Giza

Ivanka Trump has made women’s economic empowerment a centerpiece of her White House portfolio.

She has made a number of international trips, with a focus on these issues, including to Japan and India.

Her travel to Africa follows a five-day tour that First Lady Melania Trump made there last year, with a focus on child welfare.

However, Ivanka Trump’s efforts could be complicated by the President’s own remarks after his private comments about ‘s***hole countries’ in Africa and other regions were leaked to journalists.