Sky Sports confirmed to Sportsmail that the decision was taken to pull Pennant from the programme ‘because his performance on-air failed to meet our production standards.’

Pennant, 37, slurred his words and gave incoherent and rambling answers when discussing Romelu Lukaku’s move to Inter Milan and his time at Liverpool.

There was little interaction with Pennant during the show with questions being directed towards other panellists after he struggled to answer clearly. 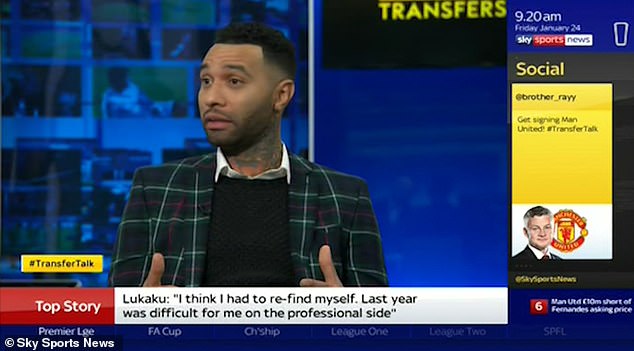 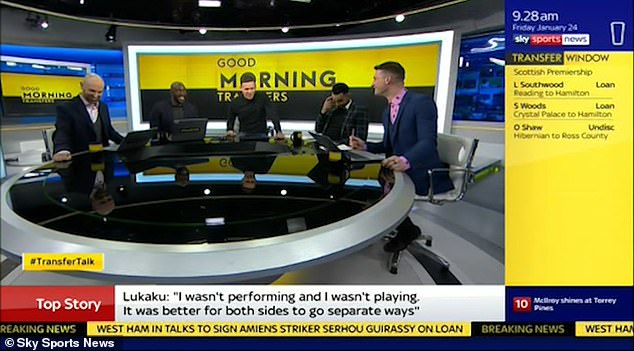 Pennant was not involved in any panel conversations for 15 minutes and was then taken off air during an advertising break with Sky Sports News journalist David Reed replacing him.

A Sky Sports Spokesman told Sportsmail: ‘Jermaine Pennant was a guest on Sky Sports News this morning. A decision by our production team was made to take Jermaine off the programme before its conclusion because his performance on-air failed to meet our production standards.’

Sky Sports refused to comment if Pennant will be used as a panel guest in the future.

When talking about dealing with the pressures of playing for a top club and Lukaku’s move from Manchester United, Pennant appeared to struggle to find the right words and repeated himself.

A handful of Twitter users picked up on Pennant’s slurred speech with one writing: ‘Is Jermaine Pennant drunk on Sky Sports News? Seems a bit off.’ 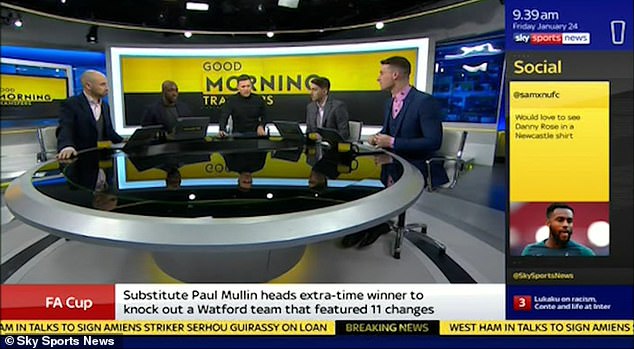 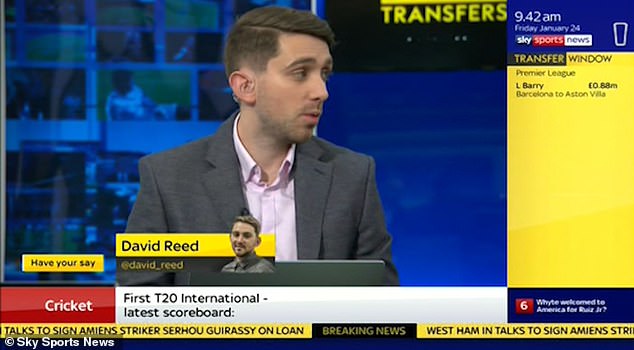 Reed replaced Pennant, who was taken off because he failed to meet Sky’s on-air standards 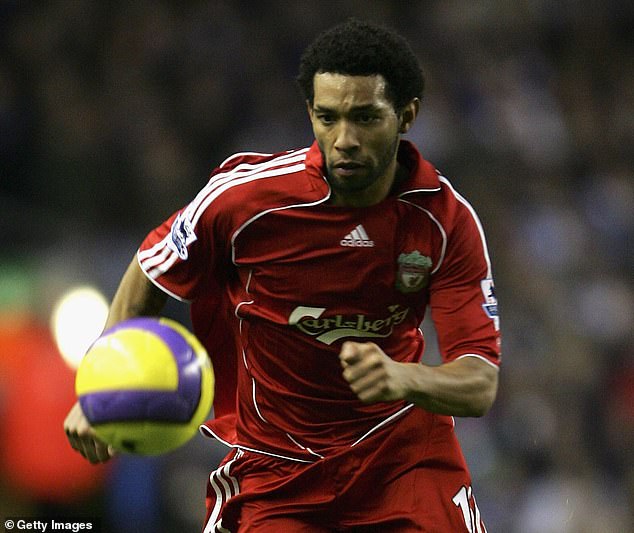 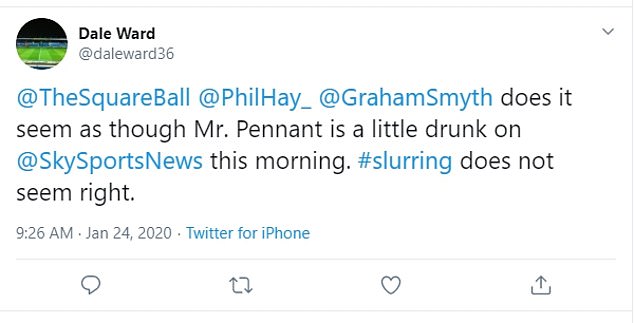 Pennant is not under contract with Sky Sports and Sportsmail understands that they will be not be inviting him back after he was hauled off their Transfer Talk show on Friday.

The 37-year-old has a history of drink abuse, having been convicted three times for driving under the influence of alcohol.

In 2005, Pennant was jailed for three months for drink-driving while banned after crashing into a lamppost while more than twice the legal limit, and driving off with the post dragging underneath his car.

When he was initially questioned by police, he told officers that he was his Arsenal team-mate at the time, Ashley Cole.

While playing for Stoke in 2012, Pennant was given an eight-week jail sentence, suspended for a year, and disqualified from driving for three years after admitting to drink-driving. 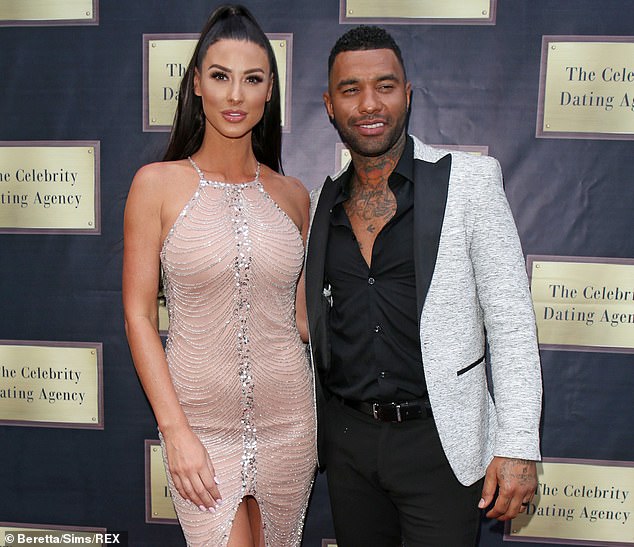 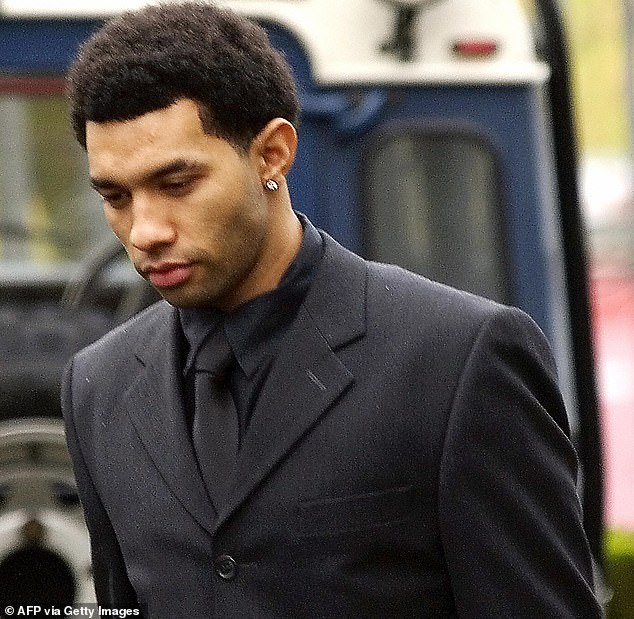 He also revealed in his autobiography, released two years ago, that he could ‘still feel the vodka bouncing in his stomach’ when he scored a hat-trick on his Arsenal debut against Southampton in May 2003, having attended a party hosted by FHM magazine the night before.

‘I knew there were going to be so many girls there. I was determined to go. There was no way that I wasn’t going,’ he said.

‘I promised not to drink, not to have a drop. So I went there, it was a good night – and I ended up getting completely wasted! I woke up with a McDonald’s breakfast.’

When playing for Liverpool in 2007, Pennant collapsed on a flight to Stansted after a 24-hour drinking binge and had to be administered oxygen by flight attendants.

Pennant represented 14 clubs, including Liverpool, Arsenal and Leeds, and made over 400 appearances during his career.

He has not yet officially announced his retirement but has not played since featuring for Billericay Town in 2017.

The former footballer appeared on Celebrity Big Brother in 2018 – the last one to ever air before the long running show was killed off by Channel 5.

He came under scrutiny from the public for keeping his marriage to glamour model Alice Goodwin, who he tied the knot with in 2014, a secret from Chloe Ayling, who he was seen telling ‘I like you’.

Last year he claimed he was a victim of bad editing and hit out at CBB producers, accusing them of trying to cause controversy for ratings after revealing the show almost destroyed his marriage.

‘I had no idea what was going on when I was in Celebrity Big Brother ,’ he told The Sun. 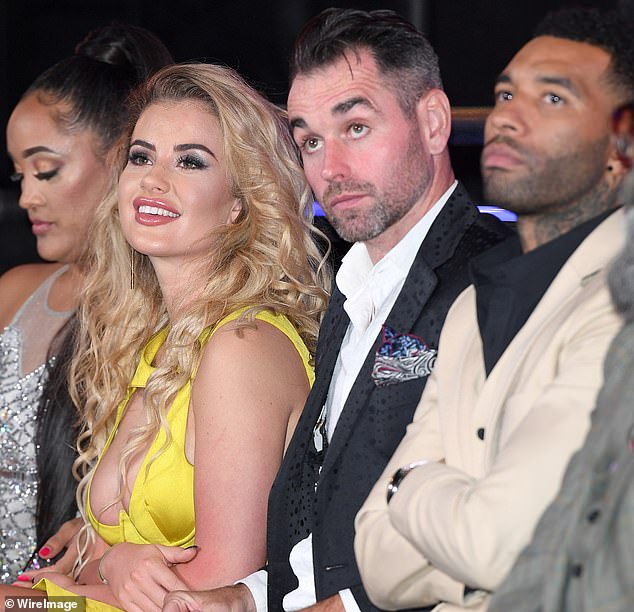 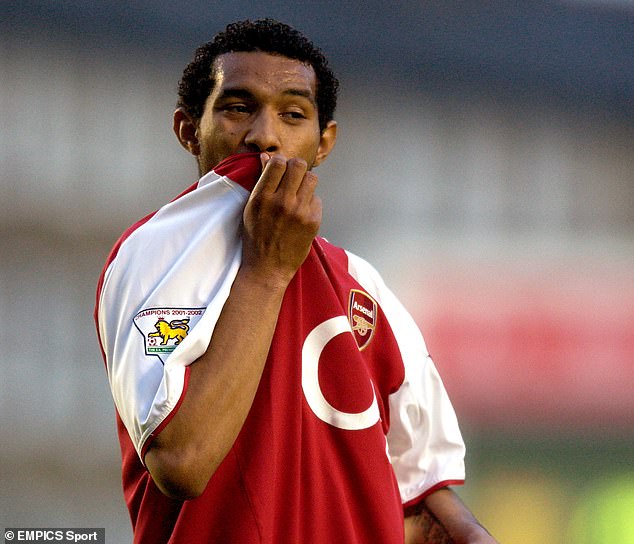 ‘In there I know how it is, but the way they edit it, it looks 100 per cent worse. They are showing five minutes of a 24 hour day. There were times when I never had a conversation with a girl.

‘They don’t care. All they care about is ratings and having a good show. I regret the way things come out. We are working through so much, CBB was the icing on the cake.

‘We have had to do tasks at home and homework. Some of the stuff we did on dates we have carried on. Just through their methods of working together; communication, forgiveness and trust we are working through.’