Australian Jock Palfreeman is a step closer to freedom after Bulgaria’s highest court dismissed an appeal against his release.

After a months-long delay, The Supreme Court of Cassation dismissed the unprecedented appeal against Palfreeman’s parole as invalid and unlawful on Thursday.

‘The request for reopening of the case is procedurally inadmissible and should be left without consideration and the proceedings should be terminated,’ the judges’ ruling said.

The court said its decision cannot be appealed.

An appeal against Australian Jock Palfreeman’s  release from prison has been shot down by Bulgaria’s highest court after he spent 11 years in jail for a streetfight murder. Pictured in October 2019 when he was released

Palfreeman, a 33-year-old former Sydney private schoolboy, was sentenced for 20 years jail after he stabbed two Bulgarians men in 2007, and killed one of them, during a street fight.

He was granted parole in September after serving almost 12 years of his term, on the condition of a good behaviour bond.

However Palfreeman says he has not made any plans to leave the country as the Bulgarian government is still controlling his movements.

‘I don’t have any plans now because I am not in control of my life,’ Palfreeman told AAP.

‘I am out of prison but very much still at the whim of the government.

‘The government has refused to allow me to leave despite it not being legal, and so there is no movement on allowing me to leave or not, and this decision doesn’t change that because my being kept in Bulgaria isn’t based on law.’

Bulgaria Helsinki Committee president Dr Krassimir Kanev, who wrote a letter in support of Palfreeman’s early release, said the court’s decision was a ‘major step’ towards his freedom.

‘Jock’s return back to Australia is a matter of time now,’ Dr Kanev told AAP on Thursday.

‘These past nine months have been a huge stress for Jock and his family.

‘They must feel relieved now, as I do.’ 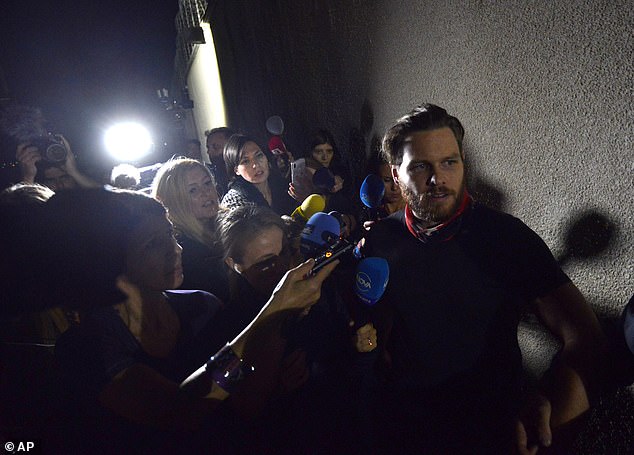 Palfreeman was sentenced for 20 years jail after he stabbed two Bulgarians men, killing one of them, during a street fight. Pictured during his release in 2019

Palfreeman moved to Europe when he was aged 19 and was serving in the British army when the fight broke out in the country’s capital of Sofia.

He has always maintained he acted in self defence and claimed he was protecting minority Roma people who had been set upon by the two Bulgarians.

‘It is clear that he is compromised and did not fulfill his duties as required by the law,’ Palfreeman told AAP.

‘He abused his office and abused the grief of the family of the deceased to deceive the entire country, and that means he is compromised and can no longer credibly head Bulgaria’s anti-corruption body.’ 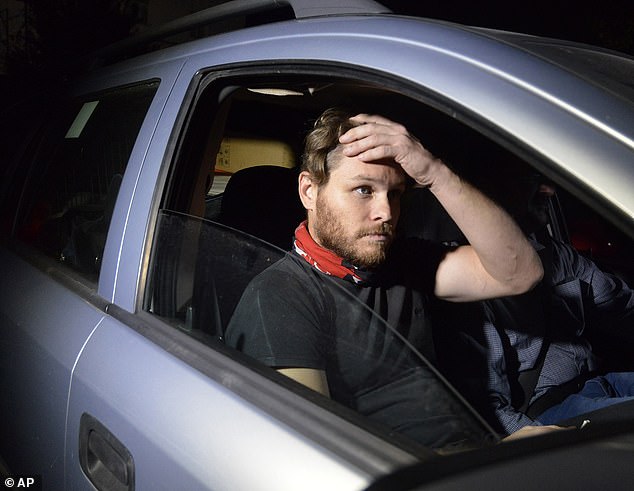 Palfreeman said he is unable to return to Australia due to the Bulgarian government controlling his movements. Pictured during his 2019 release

Meanwhile, the former student of St Ignatius’ College Riverview is waiting for a ruling on his lawsuit against Bulgarian prison authorities for keeping him in ‘inhumane’ conditions.

Palfreeman founded the country’s first advocacy union, the Bulgarian Prisoners’ Association in 2012, and hopes his high profile case will have a knock-on effect.

‘The more people sue over bad conditions, the more we hope to improve them,’ he said.