Neymar will not be part of the Brazil squad that attempts to clinch the Copa America this summer, but the Barcelona forward showed he is not taking any time off with none other than Justin Bieber.

The 24-year-old is being kept fresh for his home Olympic Games in Rio at the start of August, and he enjoyed a spot of down time with the singer-songwriter during the close season.

Bieber showed he could more than match the Barcelona frontman with his keepy-up skills in his back garden in a short clip uploaded on Instagram on Friday that already has 1.5 million views. 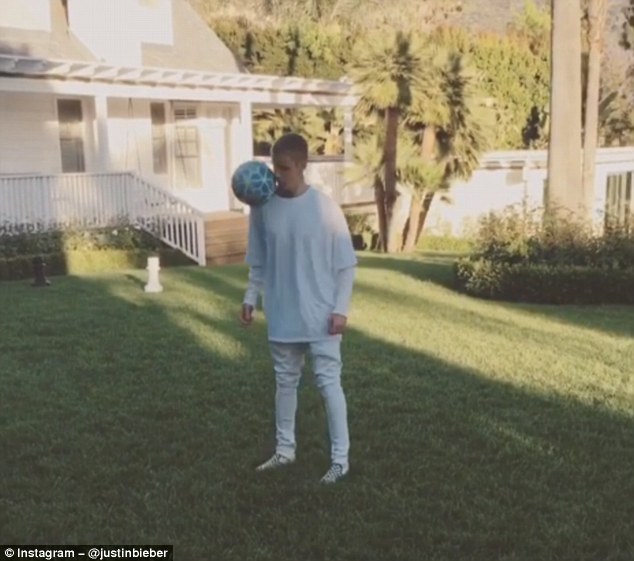 The peroxide blond Sorry artist entertained his 70 million Instagram followers with an array of silky skills in the luscious green space and showed that he was a match for the pro using his feet, head, shoulders and chest to keep the ball off the ground.

Neymar, who is recovering after an arduous season with Barcelona in which he enjoyed La Liga and Cope del Rey success, was in relaxed mood dressed in a black vest holding a beer.

Bieber, 22, has held an interest in football from a young age, and has been pictured wearing the Everton, Barcelona and Chelsea strips in the past.

Neymar can be forgiven for wanting to unwind after a hectic season, but the Brazil international couldn’t resist showing off a few party tricks as he effortlessly managed to keep the ball up for over 30 seconds with his famous friend. 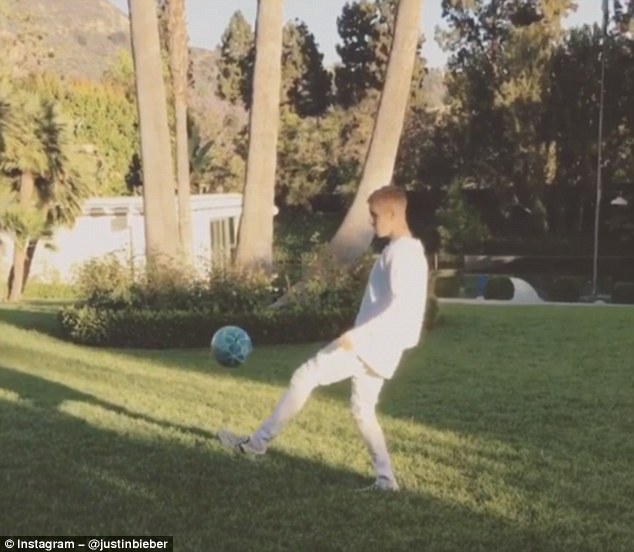 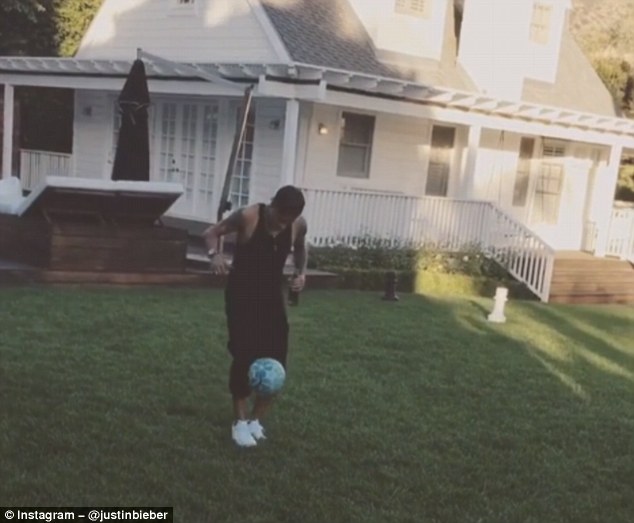 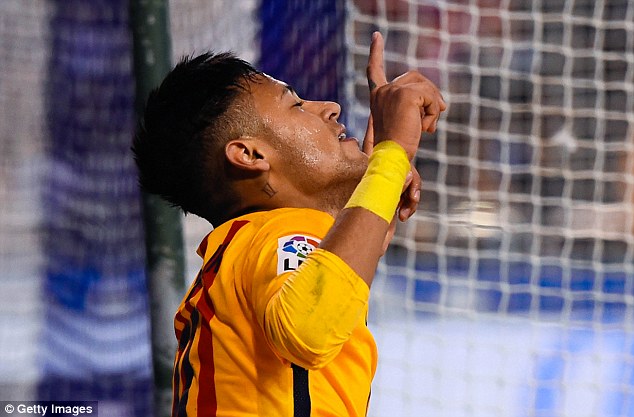 The pair first came into contact in 2011 when Bieber trained with Barcelona aged 17, and the club’s official website reported back then that he showed ‘surprisingly decent skills with his left foot’.

Brazil are preparing for the start of the Copa America, with group stage games against Ecuador, Haiti and Peru, but Neymar ruled himself out of the tournament in April having had to choose between the centenary edition and the Rio Olympics.

Neymar naturally was desperate to play in both and the Brazilian football confederation even asked Barcelona for his release, but his club did not want to lose the striker for so long and feared he would suffer from burnout ahead of next season.