A four-year-old girl died of the flu on Saturday, becoming the third child to succumb to the virus in Massachusetts this season.

Puthiraskmey Sopheak, four, was rushed to Lowell General Hospital by her father last Tuesday as her fever climbed.

Her father, Sopheak Paak, says the doctor they saw there did not administer a blood test for the flu, said his daughter didn’t need to be admitted, and sent the family home with nothing but Tylenol.

Days later she was back at the hospital, transported in an ambulance this time, but she died shortly thereafter, leaving her family heartbroken and perplexed, WCVB reported.

Puthiraskmey Sopheak, four, fell suddenly ill last week and, just when it seemed she would recover, took a turn for the worse and died on Saturday of complications from the flu 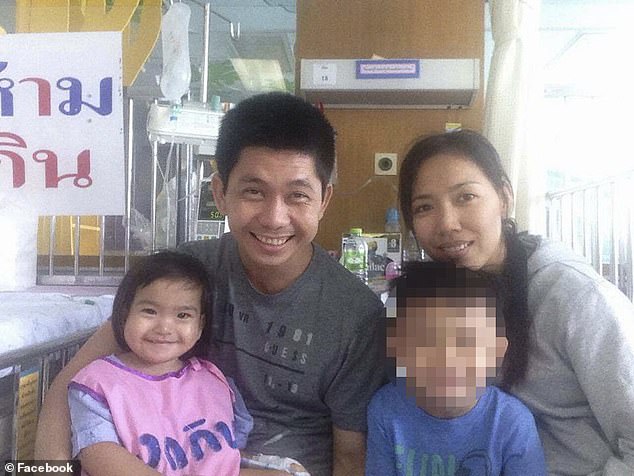 The Sopheak family came to the US from Cambodia in September, in hopes of a better life, especially for Puthiraskmey, who was ‘smart,’ as her proud father told WHDH.

They had settled in Boston, just before the flu season began ramping up, in October.

Puthiraskmey smiles charmingly in photos, and home videos show her keeping time with her feet as she played drums in the family home.

She was a lively, vital child and her decline seemed sudden and unpredictable.

Lowell General Hospital, outside Boston, pronounced her cause of death as flu, but her parents remain unsure, and confused.

Last year, the flu season was one of the worst the US had seen in decades, killing more than 80,000 people.

Currently, the 2018-2109 influenza season is far milder, but that doesn’t mean that it can’t still be a killer. 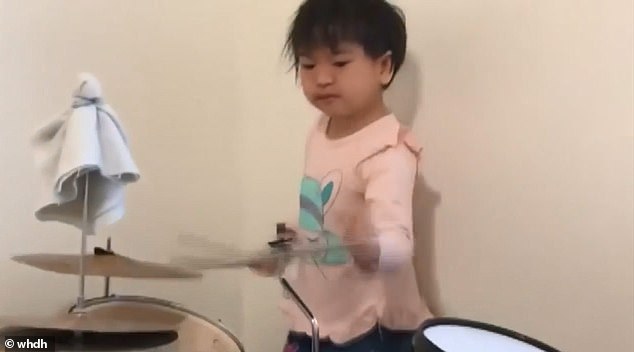 A vivacious child, Puthiraskmey showed a lot of rhythm when she played the drums and tapped her foot along in the Sopheak home prior to her tragic death

Fighting off the virus weakens the lungs and the immune system as it tried to fight off the infection.

That effort can make the body vulnerable to a secondary infection – often pneumonia – which can quickly turn deadly.

Paak recognized that something wasn’t right with his daughter last week, but it was hard to sort out exactly what.

A few days earlier, she’d been sick from a probable allergic reaction to seafood she’d eaten. 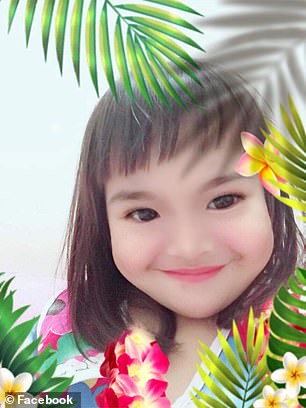 But then her fever just kept climbing, reaching 99 degrees on Tuesday, Fox reported.

The little girl was reportedly coughing up blood by the time her father got her to the hospital.

According to Paak, his little girl wasn’t tested for flu, her symptoms seemed to ebb, and Puthiraskmey was sent home with Tylenol.

Her condition was not deemed dire enough to admit her to the hospital. At home, she seemed to continue to improve, though she need rest.

‘Everything was normal but she [felt] tired and she [slept],’ Paak told WHDH.

But Saturday, everything suddenly changed.

In a blur, an ambulance was at the family’s home, and Puthiraskmey was whisked back to Lowell General.

But it was too late. 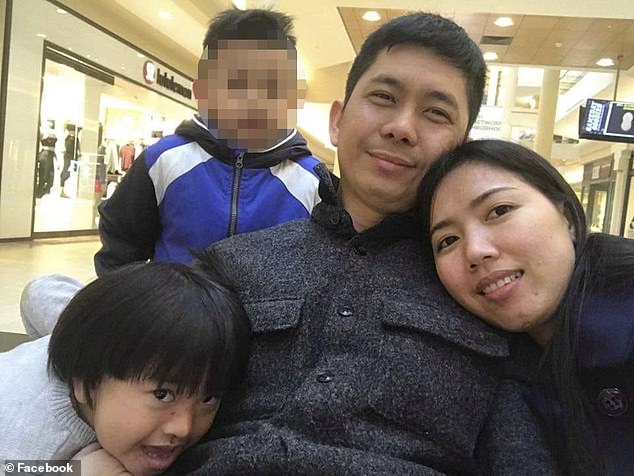 In the wake Puthiraskmey’s (bottom left) untimely death, her father, Paak (center), brother (top left) and mother (right) are still unsure if she had the flu, a food allergy, or something else

She died at the hospital from what the doctors said were complications of the flu.

Paak is not convinced, expressing concern over her previous food poisoning or that she could have gotten something back in Cambodia, before she ever set foot in the US.

The family is holding services for the little girl on Friday and awaiting results from the medical examiner.

‘We offer our deepest sympathies and condolences to the family over the tragic loss of their daughter. Patient privacy rules prohibit us from commenting any further at this time,’ Lowell General said in a statement.

If the flu is confirmed, Puthiraskmey will be the third child to die of flu in Massachusetts this season.

It is unclear if Puthiraskmey had had a flu shot, but the unusual pediatric deaths that have take place – even in this milder flu season – in Massachusetts and the 34 that have been reported nationwide are a somber reminder of the importance of getting vaccinated against the virus to protect children that cannot do so.