Kate Middleton’s children are ‘lively and having fun’ but will never lead a normal life, claims a royal editor who brands the idea ‘a fantasy’

Despite the best efforts of the royal family to give their children a ‘normal’ childhood, the idea has been called impossible.

Ingrid Seward, editor of Majesty magazine, told People magazine  that it was ‘a fantasy’ to suggest royal children could be brought up ‘as normally as possible’.

Both Prince William, 37, and Kate Middleton, 37, have been praised for their approach recently, after several family outings showcased their playful and ‘down-to-earth’ parenting.

An insider also suggested that the couple had their hands full with the children, saying: ‘The Cambridge kids are really lively. Clearly the kids are having fun.’

Ingrid Seward, editor of Majesty  magazine, suggested that the Cambridge children would never have a ‘normal’ childhood. Pictured: Wiliam and Kate with George, Charlotte and Louis at Trooping The Colour 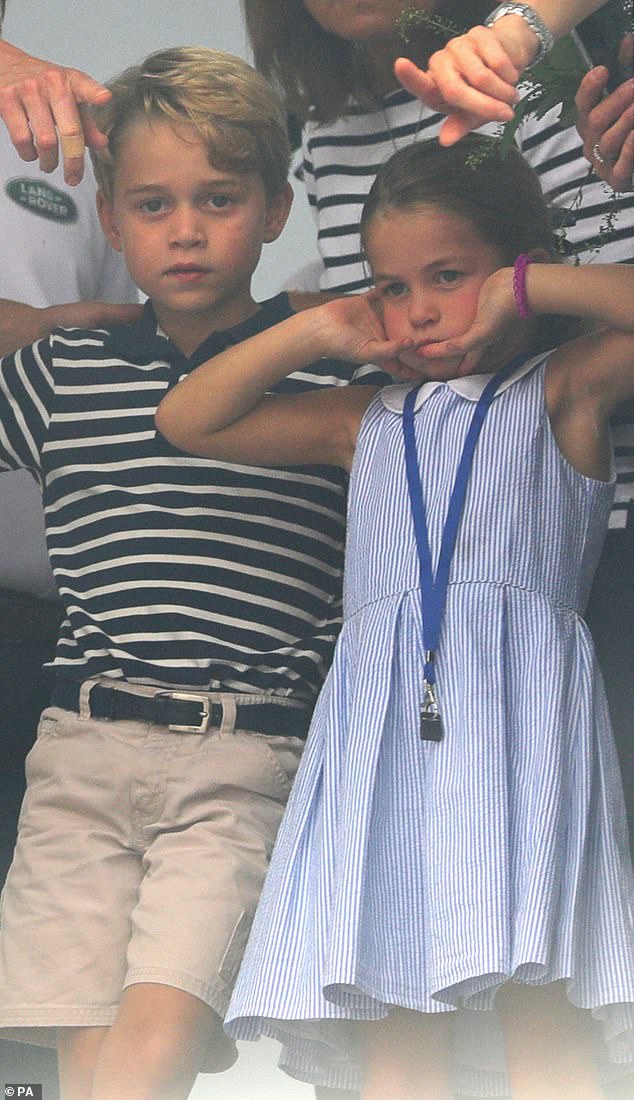 The royal author suggested it’s a ‘fantasy’ to think that George and Charlotte, pictured at the King’s Cup Regatta on the Isle of Wight last week, could ever have a ‘normal’ upbringing

Fans of the Cambridge family have become used to seeing the youngest royals chasing around in both formal and casual settings.

Prince George, 6, and Princess Charlotte, 4, have become known for acting playfully as they grow up in the public eye..

The eldest Cambridge children, who are close in age, have been spotted playing together on recent outings, kicking a football around at a charity polo match in July, and dipping their toes in show stream in May.

But Ingrid suggested that despite Prince William and Kate’s best wishes to give their children normality, it may never happen. 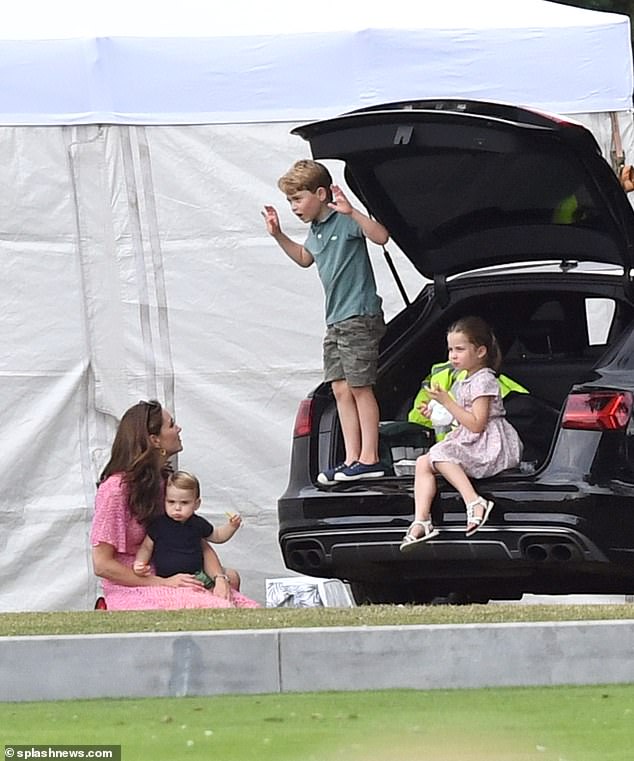 The family have been spotted on several occasions over the summer seemingly enjoying themselves, and were seen in July enjoying a car boot picnic at the Billingbear Polo Club in Berkshire

She said it was something that many royal couples aspired to, but that it was almost impossible to put into place.

The royal biographer said: ‘Even the Queen in the ’50s said she wanted her children brought up as normally as possible. But it’s a fantasy [to say that].’

The news comes days after Kate was praised for her  ‘fantastic’ reaction to Princess Charlotte after she stuck her tongue out to crowds at the star-studded King’s Cup regatta at Cowes, Isle of Wight last week.

And in June, royal fans were stunned when the Cambridges tucked into a ‘car boot’ picnic, enjoying a variety of snacks out of tupperware at a charity polo match.

The source called Prince William ‘a very modern dad’, while adding that Kate Middleton was ‘a great mother.’

They added: ‘The Cambridge kids are really lively. Clearly the kids are having fun.’

This comes days after it emerged Prince George and Princess Charlotte share a ‘unique bond’ and are learning to lean on each other as they grow up.

A source told People magazine that George and Charlotte have grown especially close, because play dates with outsiders can sometimes be ‘tricky.’

Charlotte is also said to be ‘so excited’ to join her big brother at ‘big school’ Thomas Battersea in the autumn, when it’s likely the siblings will grow even closer.