The former Silicon Valley bigwig who is now Meghan and Harry’s new PR guru: Archewell employee – who went to the same university as the Duchess – will now take the reins to boost their image after couple dumped glitzy New York team

Meghan Markle and Prince Harry have turned to a top Silicon Valley PR to boost their image after ditching New York-based Sunshine Sachs.

The Duke and Duchess’s ventures will now be handled ‘in-house’ at their charitable foundation Archewell, with Christine Weil Schirmer at the helm.

Ms Schirmer, 42, was Harry and Meghan’s head of communications from October 2020 until July 2021, when she became a Senior Advisor.

She has lead the Sussexes’ global PR team since 2020 and helped to launch the Archewell foundation.

The married mother-of-one has previously worked for tech giants Pinterest and Apple.

The Duke and Duchess’s ventures will now be handled ‘in-house’ at their charitable foundation Archewell, with Christine Weil Schirmer (pictured) at the helm

Ms Schirmer was raised in Long Island, New York, to parents Christine and Ken, both librarians.

She actually graduated from the same university as Meghan, Northwestern in Illinois.

The top PR attended the university between 1996 and 2000, graduating with a degree in journalism.

The Duchess of Sussex has previously spoken about her time at the university they both attended, where she majored in theatre and international studies.

The Silicon Valley PR guru had moved to San Francisco following her Long Island upbringing where her career blossomed. 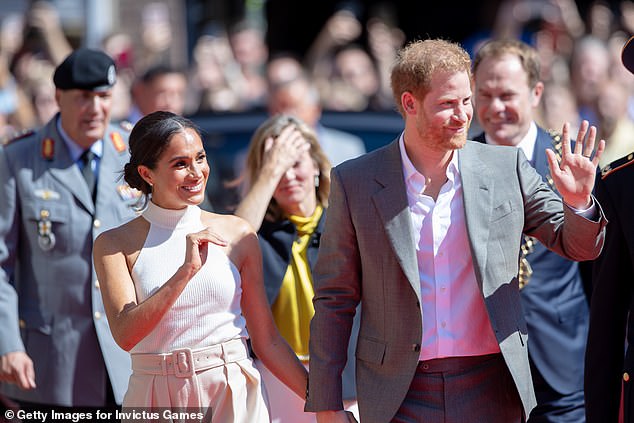 Ms Schirmer, 42, was Harry and Meghan’s head of communications from October 2020 until July 2021, when she became a Senior Advisor

Previously, a publicist who knows Ms Schirmer had called her the ‘real deal’ and said she was widely respected in the industry as ‘one of the best and smartest there is,’ according to The Mail on Sunday.

Toya Holness, who had been appointed ‘global press secretary’ for the Sussexes in March 2021, was reported to have left in March this year.

Ms Schirmer’s diary will be kept full as the couple have big projects coming up such as Harry’s autobiography, Meghan’s Spotify podcasts which resume next week, and a Netflix reality show.

Meghan had been advised by Sunshine Sachs, the New-York based PR company she has dumped, since her days as an actress in the legal drama Suits.

‘This is a really big deal for Meghan,’ a source told Richard Eden of The Daily Mail. ‘She takes the view that she doesn’t need to pay an outside firm a lot of money to do PR for her and Harry any more.’ 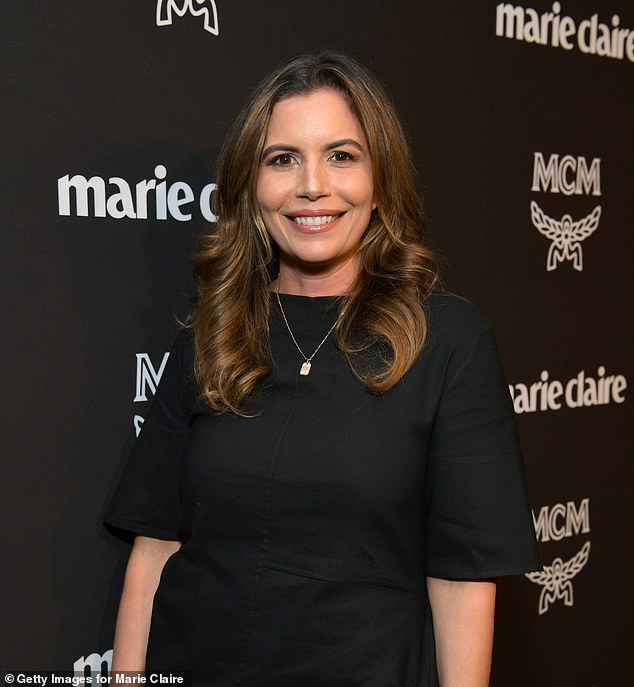 Partner at Sunshine Sachs Keleigh Thomas Morgan (pictured) had helped establish the Sussexes in California, by sharing contacts and her powerful network of famous friends and advisers

Partner at Sunshine Sachs Keleigh Thomas Morgan had helped establish the Sussexes in California, by sharing contacts and her powerful network of famous friends and advisers.

A source with knowledge of the PR company’s relationship with Harry and Meghan, said that when Sunshine Sachs began working with them it had always been planned for it to be temporary until a full-time in-house team was established.

The source also insisted Sunshine Sachs had worked alongside the couple to ensure a smooth transition into having a purely internal team and all parties were on good terms and still collaborate occasionally.