Prince Harry’s bride-to-be Meghan Markle may be a princess after all.

A researcher at the Boston-based New England Historic Genealogical Society, one of the world’s premier genealogical organizations, said Miss Markle is a direct descendant of King Edward III, who ruled from 1327 until 1377.

He is an ancestor of Miss Markle’s father Thomas, an Emmy-winning cinematographer.

A researcher said Miss Markle is a direct descendant of England’s King Edward III, who ruled from 1327 until 1377 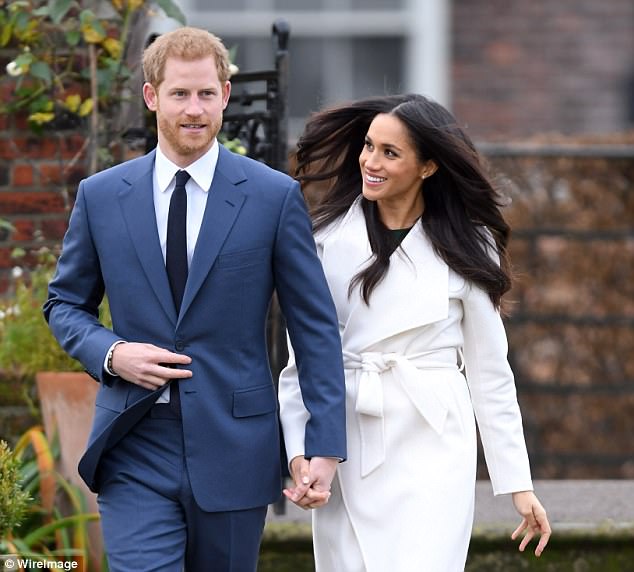 Miss Markle’s royal lineage comes through an early immigrant to Boston, the Reverend William Skipper, who arrived in New England in 1639

Reverend Skipper studied at Cambridge University and was a friend of Oliver Cromwell, another historian has revealed.

He graduated with a bachelor of arts at the same time as Cromwell, whose skull is said to be buried within the college grounds.

The connection, discovered by Australian historian Michael Reed, is all the more significant because Miss Markle could gain the title Duchess of Sussex after she marries Prince Harry.

Mr Reed, from Hallam College in Melbourne, Australia, said: ‘The Rev Skipper was at the college from 1612 and completed a bachelor of arts by 1618.

‘He was the esteemed Church of England rector at Thorpe-in-the Marsh until 1638 and then decided to go to America, to New England, to preach.’

Nicholas Rogers, college archivist at Sidney Sussex, assisted Mr Reed with his research at the college.

Mr Rogers said: ‘William Skipper was admitted in 1612 and graduated in 1618. This means he was at the college at the same time as Cromwell.’

He added: ‘Unlike Cromwell, he stayed the course and finished his degree.’

He emigrated to America after marrying his second wife Sarah Fisher.

‘We don’t know much about his life in New England but he was dead by 1650,’ said Mr Rogers.

‘Meghan Markle is descended from his daughter Jane, by his first wife.’

The couple’s link can be traced all the way back to an Englishman called Ralph Bowes, Meghan’s ancestor from 15 generations ago 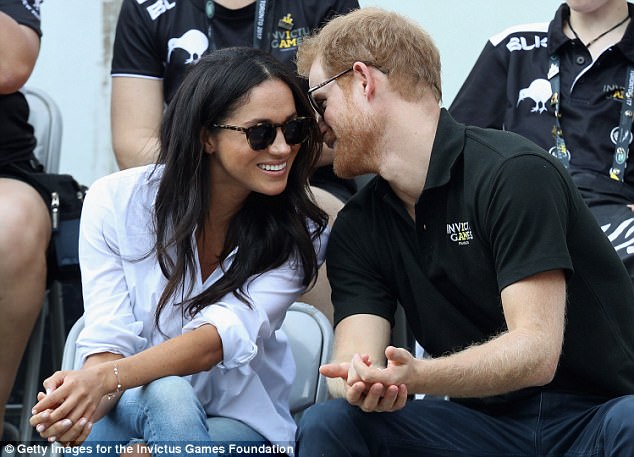 A previous genealogical investigation by The Mail on Sunday revealed how the couple are distant cousins – related from a late 15th Century ancestor of the Queen Mother.

Miss Markle’s connection to the Royal Family comes from the forebears of her father Thomas Markle.

They can be traced all the way back to an Englishman called Ralph Bowes, Meghan’s ancestor from 15 generations ago.

He was a High Sheriff of County Durham, whose family seat was Streatlam Castle with its extensive estates.

His grandson, Christopher Hussey moved to America in 1632, helping to found Nantucket, Massachusetts, and this is the line of the family that would eventually produce Meghan.

Miss Markle is also related to eight American presidents and dozens of other notable Americans, including actors James Dean and Roy Rogers.