One of Melbourne’s most influential football reporters for more than two decades has revealed he knew Dean Laidley has been dressing in women’s clothes for up to 12 years.

But Mike Sheahan said Laidley’s lifestyle choices were not newsworthy.

The former North Melbourne premiership player was arrested in St Kilda on Saturday night wearing a dress and blonde wig amid allegations of stalking and breaching a family violence order.

Mike Sheahan, who worked was chief football writer for more than 20 years at The Herald, Sunday Age and Herald Sun, said he knew Dean Laidley wore women’s clothes for up to 12 years 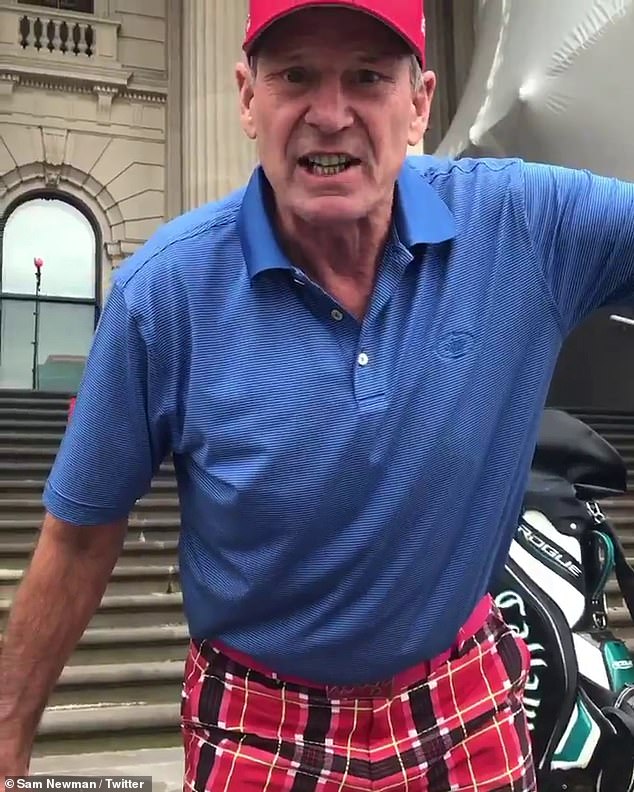 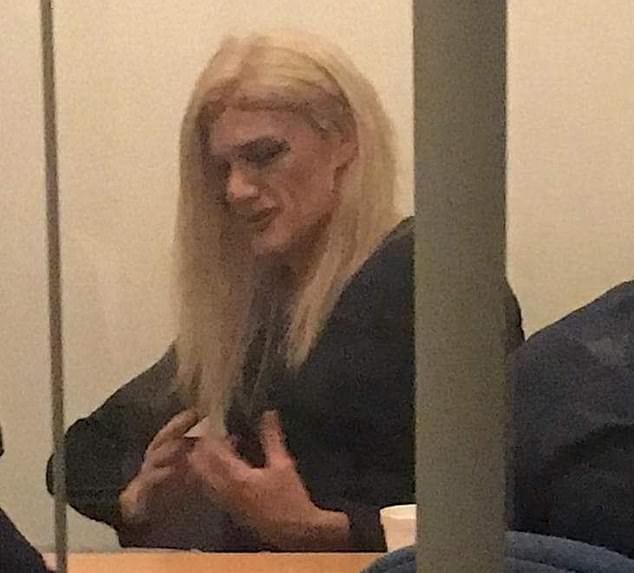 Dean Laidley (right) was arrested on allegations of stalking while dressed as a woman. He remains behind bars

‘Why should I have written something about a bloke who’s got a bent about what clothes he wears in private?’ Sheehan said.

‘Is that in the public interest is it?’

The former footy writer, who was chief football writer for more than 20 years at The Herald, Sunday Age and Herald Sun, was addressing Laidley’s arrest on his podcast ‘You Cannot Be Serious’ alongside former AFL greats John ‘Sam’ Newman and Don Scott.

While Newman condemned the alleged leaking of the Laidley images by a police officer, he defended the publication of them.

‘You’ll find this unusual for me to say this – I’m not too critical of the Herald Sun putting it on the front page because if it’s out there it is in the public interest,’ Newman said.

‘The fact of the matter is it shouldn’t have been out there.’

Newman said if he was an editor when the story broke, he would have likely done the same thing.

‘I would probably have done that. It’s not as if you have bought the photos – they were already out there,’ Newman said.

‘It’s a fine line, but it is definitely in the public interest  … Every member of the pubic was interested in those photos. But they wouldn’t have been interested in the photos of the unfortunate police pictures that Pusey took … because nobody knows who they are. They’re not public figures. ‘

Newman was referring to allegations Richard Pusey took photos of four police officers who were killed on the Eastern Freeway last month after pulling Pusey over. 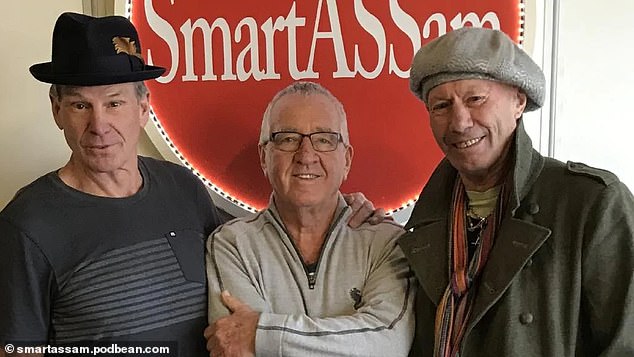 Sam Newman (left), Mike Sheehan (centre) and Don Scott chew the fat in their podcast ‘You Cannot Be Serious’ 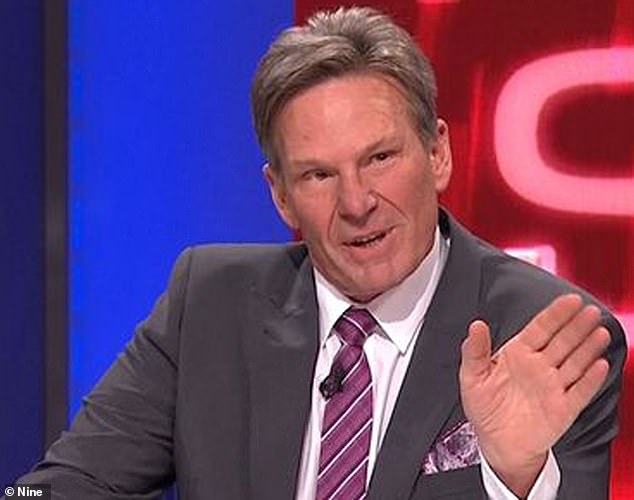 Newman said he would also have sacked the police officer who allegedly took and leaked the images.

Scott, who was the subject of much speculation about his own private life in Adelaide during his footy career, expressed dismay that everyone in the footy world seemed to know about Laidley’s private lifestyle choices but him.

‘I think it’s very sad,’ Scott said. ‘It’s very, very unusual and you’d be sympathetic about his outlook,’ he said.

Sheehan suggested the only thing that was sad was the unfortunate situation Laidley now found himself in.

Laidley faces seven charges all up, including one each of stalking, committing an indictable offence while on bail and persistent breach of a family violence order and four other intervention order breaches.

One photo of the former champ, apparently taken from inside a police interview room, showed Laidley wearing a blonde wig, makeup and a dress as he was questioned by officers.

A leaked image of former North Melbourne champion Dean Laidley, who remains behind bars amid allegations he is a stalker 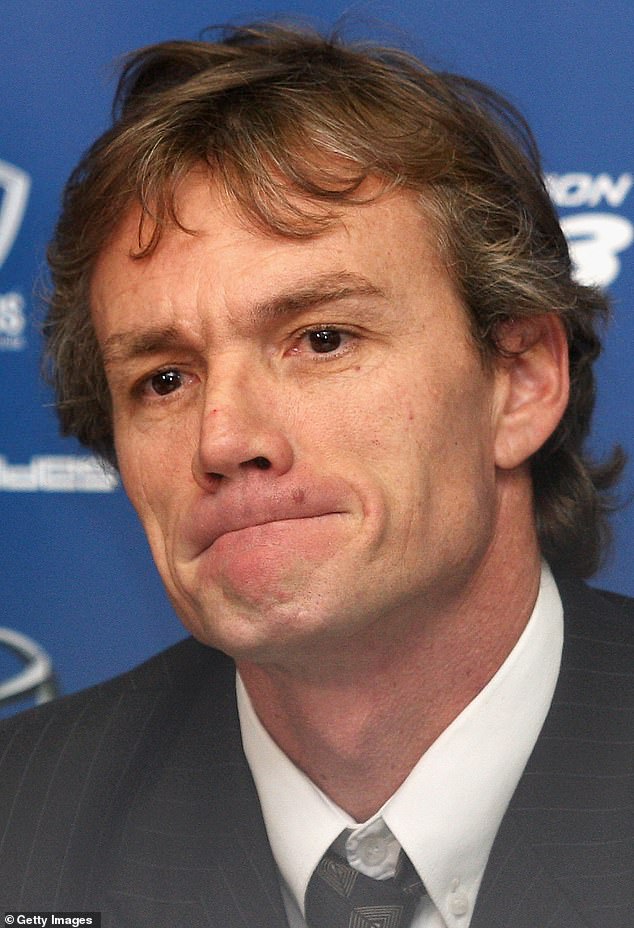 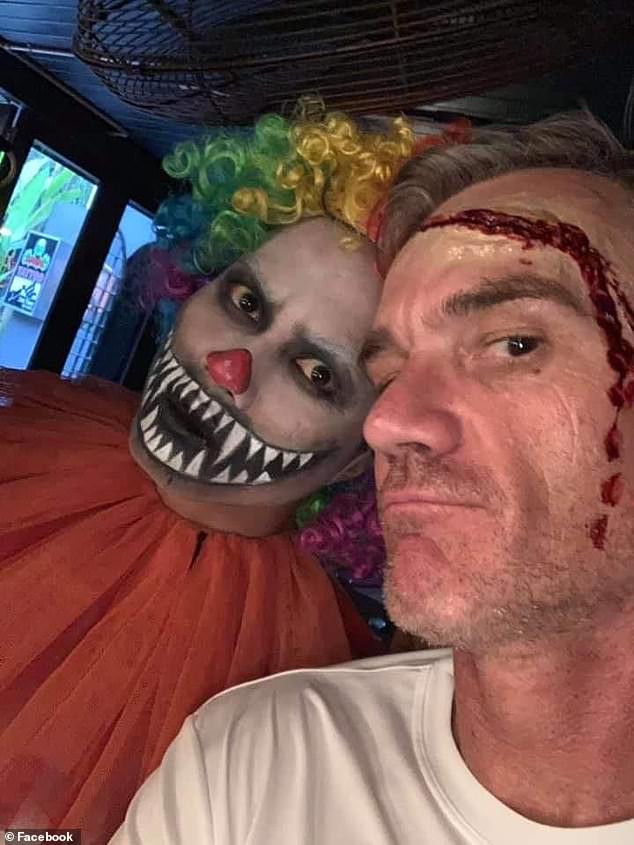 Another photo showed his mugshot as part of a Victoria Police file on a computer.

The 1996 premiership player reportedly demanded to be called ‘Daniella’ during his police interview, according to The West Australian.

A high-profile Melbourne lawyer, who said she was representing Laidley, confirmed one of the photos showed her client.

He appeared before Deputy Magistrate Jelena Popovic on Sunday night.

There Ms Popovic heard he was at risk in jail because it was his first time inside.

His lawyer asked that he be assessed by a mental health nurse and be provided an antidepressant.

Two police officers accused of distributing the images of Laidely have been suspended while an investigation takes place.

Laidley is scheduled to reappear in court on Monday.