The twisted nature of Michael Jackson’s sizable and bizarre pornography collection was revealed in images released to the media in 2016.

The huge cache of videos, books and images found at his Neverland Ranch in 2003 – six years before he died – was noted in a Santa Barbara Sheriff’s Department report.

It featured women and men in scenes of bondage, transgender videos, young male erotica featuring men and teenagers and even scenes of same-sex sadomasochism.

Much of the material was also detailed in court papers from the time, submitted after a young boy came forward claiming that he had been sexually abused and assaulted by the singer on multiple occasions. 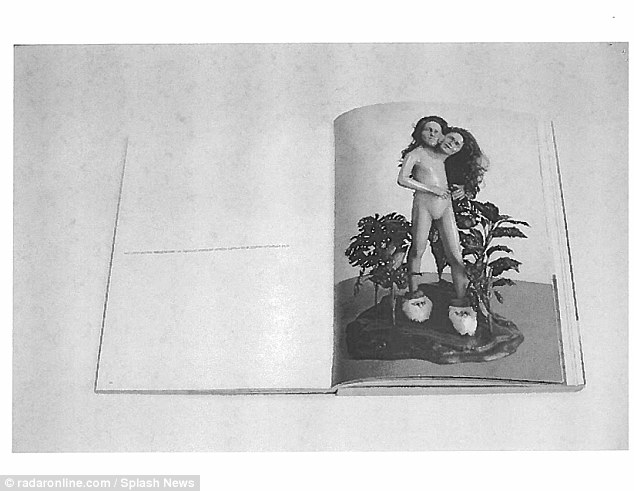 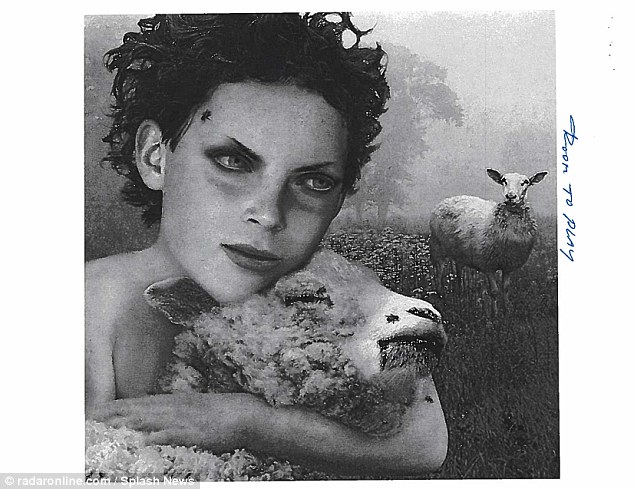 The police report claims that in Jackson’s bedroom and bathroom alone there were at least seven collections of work found by investigators that show boys in their teenage years – and in some cases younger – fully nude or partially clothed.

One of the collections, Taormina Wilhelm Von Gloeden, is described in court papers as: ‘Nude photos of teenage boys from late 1800s.’

Then there were Polaroids of two juvenile males.

‘The picture does not depict the lower half of the children so it cannot be ascertained as to what they were wearing with regard to lower clothing.’

The reported later noted when describing these photos: ‘The phrases ‘Are you scared yet?’ and ‘Ha! Ha!’ were printed on the lower portion of the picture.’

There were more photos of those two boys found in another box of photos, this time alongside Jackson himself.

‘Again, these individuals were posed in provocative manners with bare chests,’ said the report.

Provacitive: There were more photos of the boys as well posing with Jackson

The search of the home occurred in November of that year while Jackson was in Las Vegas, with 70 members of the Santa Barbara County District Attorney’s Office and Sheriff’s Department turning up to the residence.

An arrest warrant had been issued at that time as well, and Jackson later turned himself into police when he returned to California.

Radar Online first obtained the police report and court papers, and an investigator on the case told them: ‘The documents exposed Jackson as a manipulative, drug-and-sex-crazed predator who used blood, gore, sexually explicit images of animal sacrifice and perverse adult sex acts to bend children to his will.’

The source added: ‘He also had disgusting and downright shocking images of child torture, adult and child nudity, female bondage and sadomasochism.’

The report states that many of the materials featuring naked men and women in the home could be used for the purpose of trying to attract young men or boys. 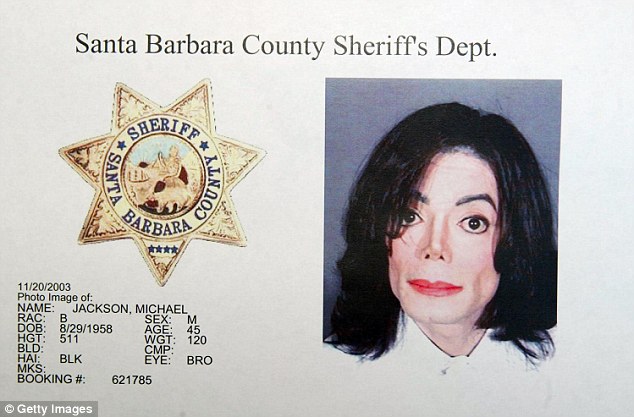 Arrest: Jackson was accused of sexually assaulting Gavin Arvizo, a 13-year-old cancer survivor at the time of the search (mugshot above)

After the descriptions for many of the materials, the investigator notes: ‘Based on my training, this type of material can be used as part of the ‘grooming’ process, by which people (those seeking to molest children) lower the inhibitions of their intended victims and facilitate the molestation of said victims.’

These materials include ‘a book depicting nude children’ found in the singer’s ‘arcade room’; ‘a book which contained nude photographs of men’ in the ‘master bathroom’; and multiple books found in the ‘master bedroom’ that included one with ‘naked and semi-naked gay men’ and another with ‘pre-teen or early teenage individuals’ who in some cases were ‘nude or semi-nude.’

Radar spoke with Santa Barbara Senior Assistant District Attorney Ron Zonen about the case as he was part of the prosecution team that took on Jackson in court.

‘A lot of this stuff was used to desensitize the children, and Michael admitted taking one child after another into bed with him for long periods of time,’ said Zonen.

‘We identified five different boys, who all made allegations of sexual abuse. There’s not much question in my mind that Michael was guilty of child molestation.’ 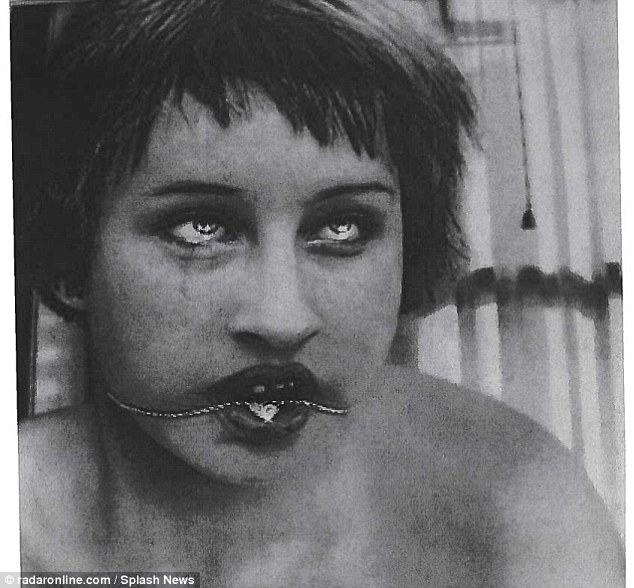 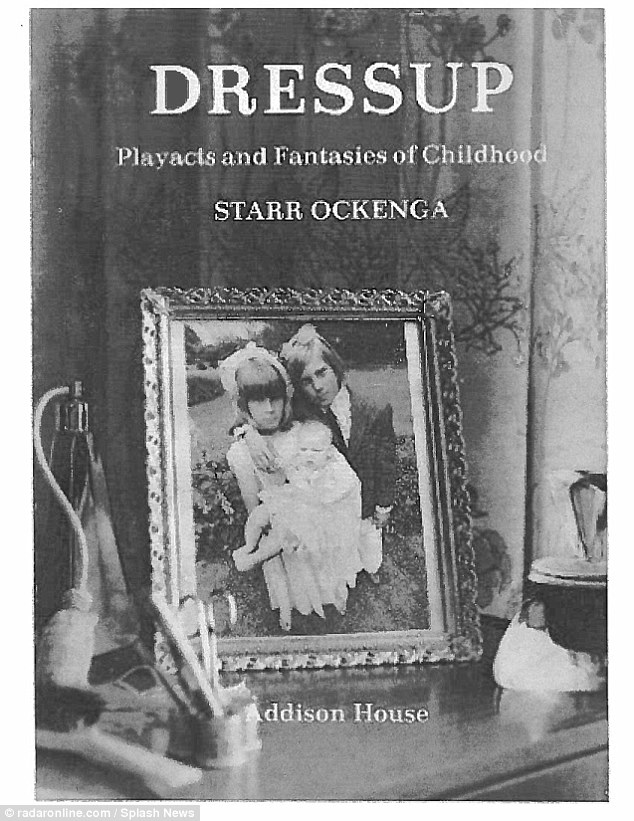 Jackson was ultimately acquitted in 2005 after being charged with seven felony counts of child molestation and two felony counts of providing an intoxicant to a minor under the age of 14 when Gavin Arvizo came forward claiming that he had been sexually assaulted by the singer.

Gavin was a 13-year-old cancer survivor at the time of the alleged incidents.

The claims made by Gavin were similar to the ones made a decade earlier when another 13-year-old boy, Jordan Chandler, came forward to say he had been molested by Jackson.

No charges were ever filed against the singer however after police discovered the Chandler’s father may have been attempting to extort Jackson and the young boy’s mother claimed Jackson never touched her son.

Jordan however was able to perfectly describe Jackson’s buttocks, pubic hair, and distinctive marks on both his testicles and penis.

The mark on the penis could only be seen if it was lifted and was otherwise not visible. 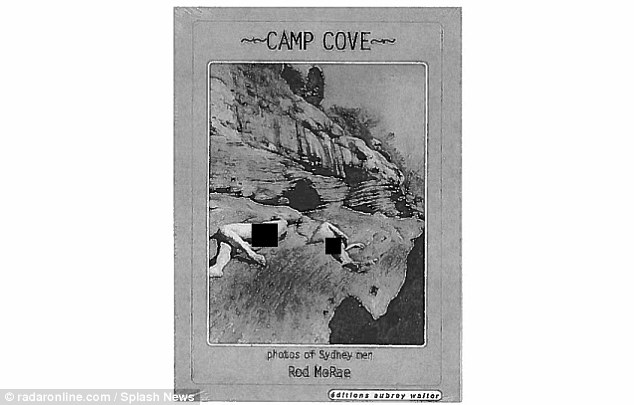 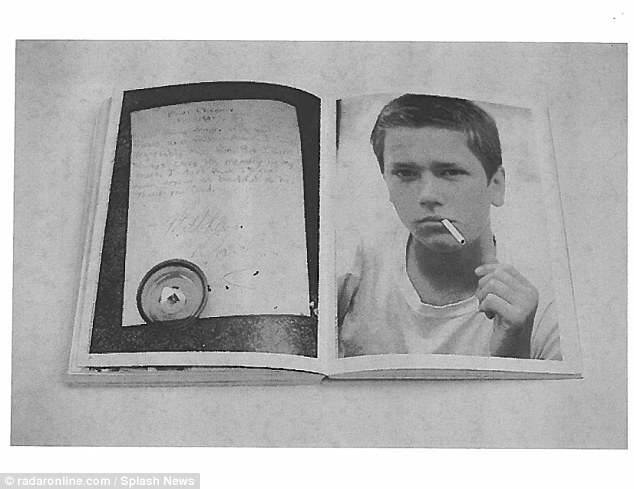 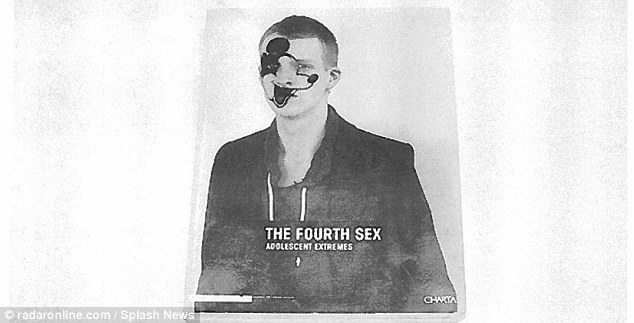 One of the books portrayed only adolescent boys and girls (above). It is an art book still available on Amazon 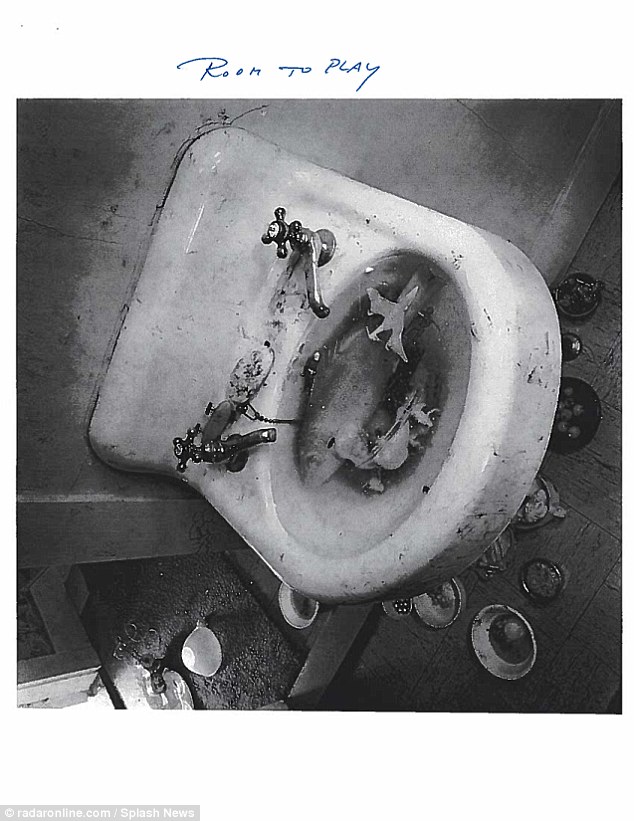 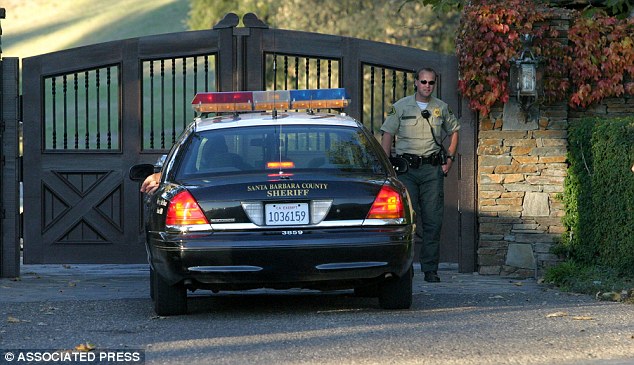 In the end, Jackson settled with the Chandler family for $22million and no charges were ever filed against him in court.

Once the trial was over Jackson – who had been facing up to 20 years in prison if convicted on all charges – left the country, moving to the island nation of Bahrain, located in the Persian Sea.

He eventually returned to the United States and had been preparing for his comeback tour in 2009 when he was found unresponsive inside his Holmby Hills home.

Paramedics arrived on the scene and were unable to revive the singer, who they declared dead at the age of 48 while still at his residence. The cause of death was later ruled to be acute propofol and benzodiazepine intoxication caused by drugs that were being prescribed to him by Dr. Conrad Murray, who was convicted of involuntary manslaughter in 2011 and charged with the singer’s death.

He was released in November 2013 after serving roughly half of his four year sentence.

Now, 10 years on from his death, the HBO documentary ‘Leaving Neverland’ has aired detailed and disturbing stories from two men who say Jackson groomed them for sex and molested them when they were just little boys.

It has cast a spotlight on Jackson’s unsavory history during the #MeToo movement when old allegations against stars have been taking hold, and taking them down.

So far, there has been no evidence of major damage to Jackson’s music or his estate, which has made an estimated $2 billion since his death.

Oprah Winfrey may have heralded a shift in public attitudes just by hosting the special ‘After Neverland,’ in which she interviewed the documentary’s subjects, James Safechuck and Wade Robson.

‘I hope we can get beyond Michael Jackson the icon, stop staring into the sun, and do what is necessary to help our children and ourselves,’ Winfrey said in front of an audience of sexual abuse survivors and their supporters. 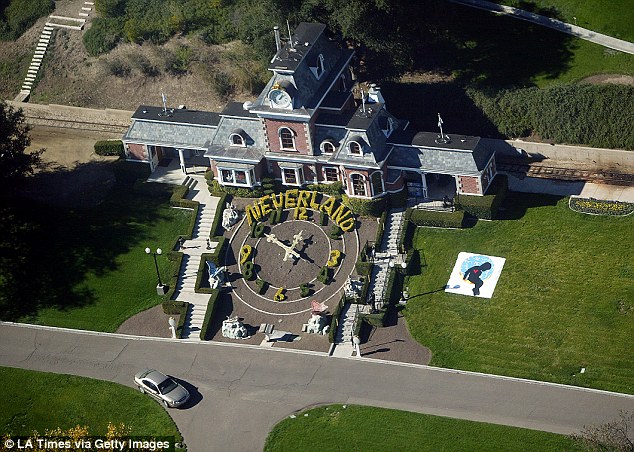 She did not directly condemn Jackson. But she praised the film, treated its assertions as truth, and said that she was expecting an earful from Jackson’s defenders.

Robson and Safechuck’s allegations didn’t emerge until 2013, when they filed lawsuits seeking money from Jackson’s estate that have since been thrown out and are under appeal. Both men had previously denied Jackson sexually abused them and had been among his fiercest defenders when Jackson was alive, but say having their own children and Jackson’s death led them to confront their truth.

Because of the men’s past denials, some Jackson fans have dismissed their testimonies as lies, motivated by money. Some even refused to watch the documentary. Still, after the film began airing, there were casual fans who felt gutted by the revelations, with some saying they could not listen to his music the same way – if at all.