Republicans are expected to unveil their plan to steer the United States out of the coronavirus pandemic – a $1 trillion plan with funds for schools, small businesses and the jobless.

Mitch McConnell, the leader of the Senate, is likely to unveil his proposals in the coming days, ahead of the the House’s scheduled break on July 31, and the Senate recess beginning August 7.

Precise figures for the $1 trillion bill are still being decided, but the plan will have a heavy emphasis on education, Axios reported, giving schools increased funds to help prepare for fall re-openings.

Mitch McConnell, Republican leader, is to set out his $1 trillion proposal this week

Unemployment benefits, currently an additional $600 a week, will be reduced to around $200 a week from July 31 – a significant drop, but better than the total cancellation many expected from Republican figures.

More than 3.7 million Americans have tested positive for COVID-19

A number of Republicans have voiced opposition to the additional $600, given concerns about the deficit and that it would leave some workers gaining more money through benefits than they would through work.

Some Republicans said the benefits would as a result serve as a disincentive to people returning to work.

Democrats assert that more money boosts the amount of spending in the economy.

More than two-thirds of Americans say they need a second stimulus check to help make ends meet, according to recent data from tax preparer Jackson-Hewitt. 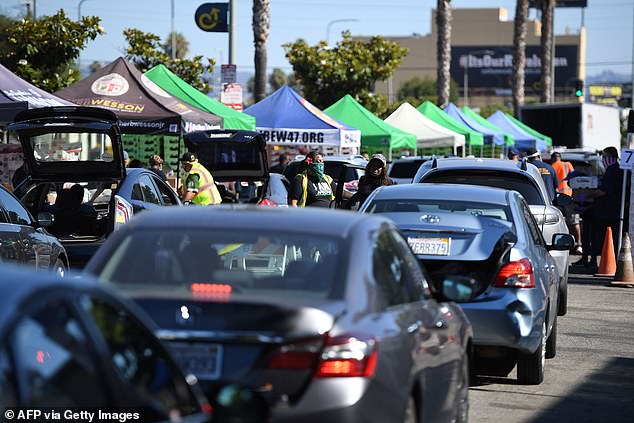 Money will be designated for an increase in testing, plus research into find a vaccine 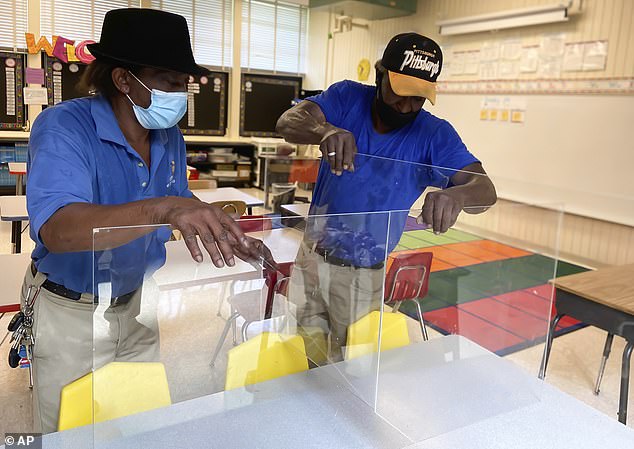 Schools such as this one in Meridian, Mississippi, will be helped with their re-opening plans

Businesses will be aided by widespread liability protection, including for restaurants, hotels, hospitals, universities and school districts.

The Paycheck Protection Program, which dished out almost $670 billion in loans and grants to small businesses, will be extended, with the $134 billion left in the previous program’s coffers being re-appropriated.

Small business’ revenue loss will be a key parameter for eligibility, one source said. 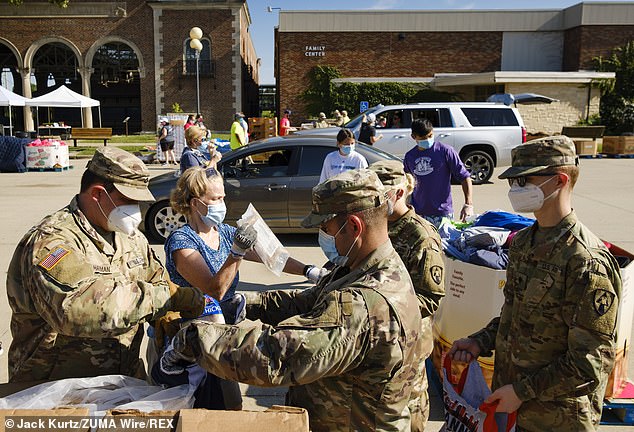 The Iowa national guard is pictured on Friday preparing parcels at a food bank. Unemployment benefits will remain, but be reduced from $600 a week to $200 a week, under the plan 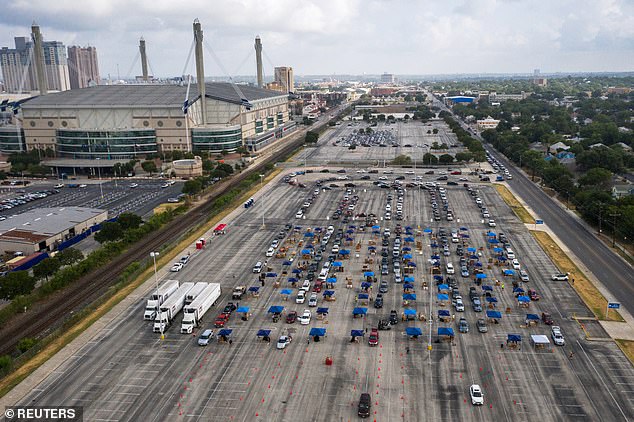 A payroll tax cut ‘is having a renaissance moment,’ another source said, who says to expect something on that given Trump’s insistence it be included.

There will not be additional money for state and local governments.

But Republicans want to ease previous guidelines for how states can spend the leftover money appropriated in the CARES Act to ensure money gets to smaller localities.

Kevin McCarthy, House Minority Leader, sees that as ‘an absolute must-have,’ one of the sources said.

The plan has been given added urgency by the fact that many of the hard-hit states are key battlegrounds for Trump in November’s election.

The bill is in response to the Democrat bill, drawn up by the Democrat-controlled House in May, which was deemed ‘dead on arrival’ at the Republican-held Senate. 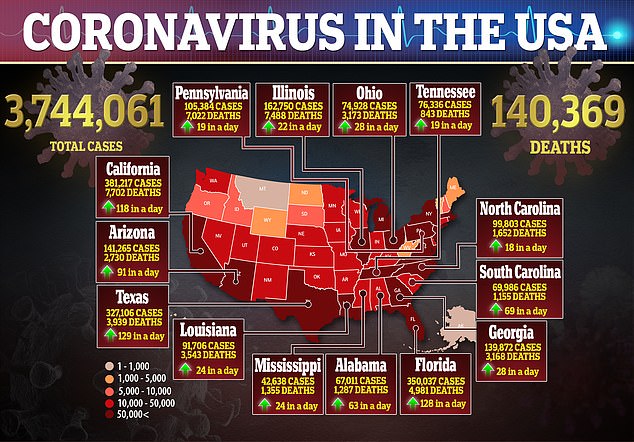 The South and West is seeing a resurgence in COVID cases, with a rise in deaths expected