Mother struck down with mystery illness at troubled Egyptian hotel

A mother has contracted a mystery illness after staying at the same Egyptian hotel as a British couple who died last week.

John and Susan Cooper, from Burnley in Lancashire, died after falling ill at the Steigenberger Aqua Magic Hotel.

The couple had booked the trip through tour operator Thomas Cook.

Now a fellow holidaymaker has come forward to say she is battling a strange illness after staying at the resort at the same time.

Jackie Elliot, 51, told The Sun she was struck down with vomiting and diarrhoea within days of arriving.

Susan Cooper, 63, and her husband John Cooper, 69 (pictured together), were on holiday at the Steigenberger Aqua Magic hotel in the Red Sea resort town of Hurghada when they died within hours of each other

Speaking to the newspaper, the childminder said she went to seek help from the hotel but was disappointed with the medical care.

She said: ‘I went to the hotel reception and the doctor examined me. I was then sent in a taxi to a hospital in Hurghada. The hospital was absolutely filthy and was in this derelict area.

The childminder said: ”I was really tearful and panicky. I was on a saline drip and being pumped full of drugs but I didn’t know what they were.’

To make matters worse, Mrs Elliot said all of her family were taken ill during the trip with her son Jack, 20, still being treated with antibiotics now. 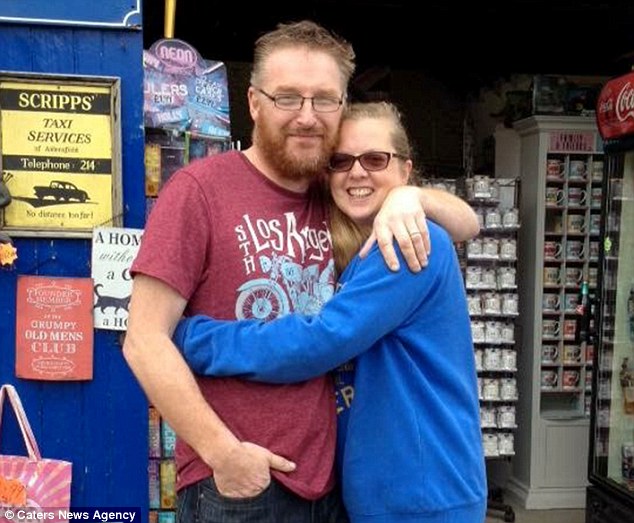 Garry Copeman and his wife, Faye, say they became ill after a stay at the Steigenberger Aqua Magic Hotel in Hurghada in April

A day after being hospitalised, Mrs Elliot was flown to Manchester and she is now at home recovering, though she is not yet able to resume work.

She said no one from Thomas Cook had been in touch with her.

The tour operator told The Sun: ‘Mrs Elliott was hospitalised on Friday evening after reporting sickness on her way to the airport for her return flight.

‘While Mrs Elliott was in hospital, she was visited by our resort team on two different occasions and offered assistance.

‘We arranged for the family to fly home on Saturday as soon as the hospital said she was fit to fly.’

Earlier today,  Garry Copeman and his wife, Faye, who stayed at the five star all-inclusive property in April, announced plans to sue.

The couple told MailOnline their luxury holiday turned into a living nightmare when Mrs Copeman, 45, claims she suffered severe sickness and diarrhoea just one day into their trip.

John Cooper, 69, and wife Susan, 63, fell ill and died at the five-star property last week where they were staying with daughter Kelly Ormerod.

Investigations continue into the cause of death, and Thomas Cook evacuated 300 more guests as a precaution.