MS-13 used girl, 13, to lure latest victim to his death by promising him sex

MS-13 allegedly used a 13-year-old girl to lure a man to a New York City bird sanctuary, where they shot him multiple times.

Sources told the New York Post that the teenage girl messaged Cruz online and encouraged him to meet her to have sex in the woods some time between December 15 and 16.

Instead, a group of four gang members, including the girl, shot him several times in the head using .22 caliber firearms.

Police at the scene of Bayswater Point State Park where Ian Cruz was discovered dead last Friday. He was shot multiple times in the head by four members of MS-13

Cops arrested four people in the gruesome killing, including an unidentified 13-year-old-girl and 15-year-old boy.

Investigators believe that the group used the same girl to entrap and kill 17-year-old Harold Sermeno.

Sermeno, who was also from Far Rockaway, was found fatally shot outside the Five Towns Community Center on Tuesday.

It is believed that both men were mistaken for rival gang members, but it is unclear whether they knew the girl was 13, sources told the New York Post.

Police arrested Yonathan Sanchez, 22; Carlos Guerro, 18; the two teens and another teen on Saturday. They were all charged with murder and weapons possession.

The MS-13 gang was started by Central American immigrants has been responsible for dozens of heinous and brutal killings across the US.

Targeting the group and stopping their crimes was designated a ‘priority’  last year by the Department of Justice’s Organized Crime Drug Enforcement Task Force.

Prosecutors are able to pursue any legal avenue to target MS-13, according to Attorney General Jeff Sessions. 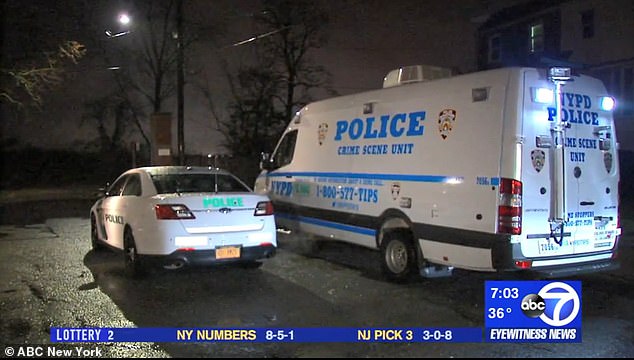 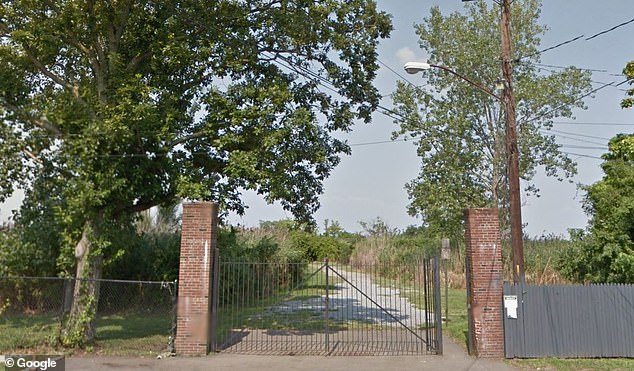 Ian Cruz, 23, from Far Rockaway, was found lying dead and half naked at this site

According to an indictment seen by the New York Post, all five accused of killing Sermeno were together at an apartment in Far Rockaway on Wednesday.

Cops later found 900 rounds of .22-caliber ammunition, according to a criminal complaint.

The girl only started appearing the apartment about three weeks ago while the men had been present for a while, according to neighbor Matthew Woodard.

‘I heard she was heavily involved. You don’t expect a 13-year-old-kid to be caught up in something like that’. 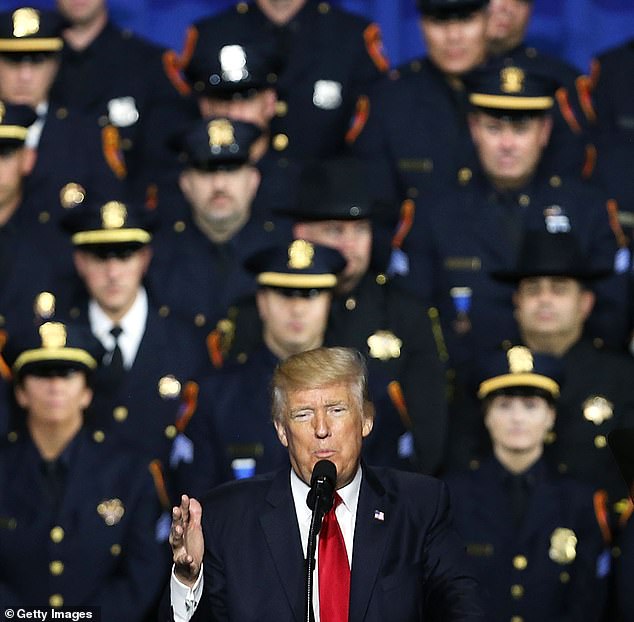 Gang members perpetuate a number of various criminal acts, according to the FBI.

It said most of the crimes are carried out against members of rival gangs, but ‘often’ innocent people are hurt as well.

MS-13 recruits are middle- and high-school students, predominantly in immigrant communities, who are said to risk violent retribution if they leave.

Donald Trump recently announced the need for his border wall to protect America’s borders from gangs like MS-13, which has caused a government shutdown as Democrats say they wont agree to the provide the funding.

In a video Trump said: ‘It’s very dangerous out there, drugs are pouring in, human trafficking. So many different problems including gangs like MS-13. We don’t want them in the United States…We need a great barrier, and if we don’t have it, it’s never going to work,’ he said.