A man suffered horrific burns to 30 per cent of his body after an explosion on his boat in Sydney Harbour.

Emergency services were called to Birkenhead Point Marina in Drummoyne after a vessel burst into flames with the man, 41, on deck at about 8.45am.

Authorities told Daily Mail Australia that the explosion happened when the  man was refueling the boat.

A man, 41, suffered horrific burns after his boat exploded as he attempted to refuel the vessel 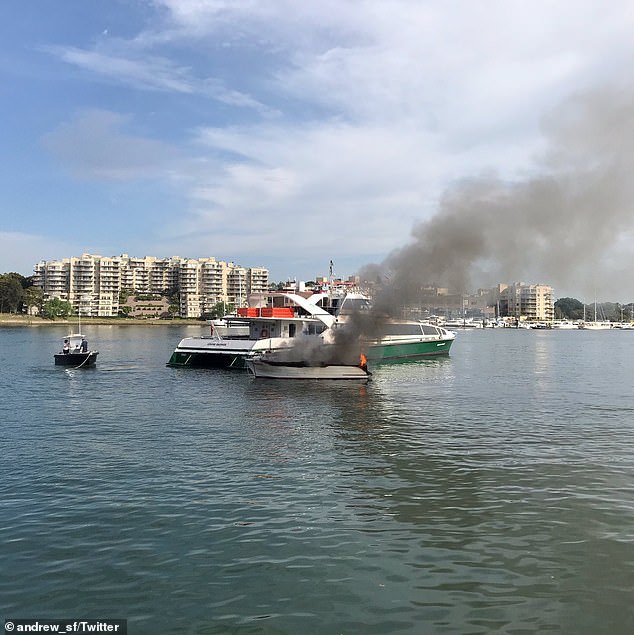 He suffered burns to over a quarter of his body including his legs, face, shoulders and left arm

The man was said to have sustained injuries to his legs, face, shoulders and left arm.

A large wave of black smoke was seen emerging from the boat,and could be seen for miles.

The man was treated at the scene by Careflight, police and paramedics before being taken to the Royal North Shore Hospital in a serious but stable condition.

The man was surrounded by family, who were not on-board during the incident.

A ferry passing by the boat began hosing the blaze.

New South Wales Fire and Rescue crew have placed containment booms around the boat to capture any oil seeping through. 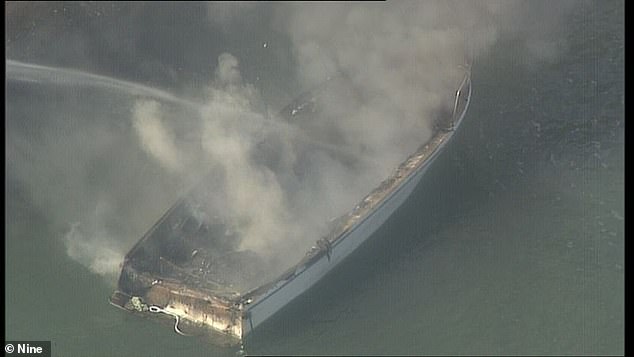 Emergency services managed to extinguish the fire from a safe distance.

The boat has now sunk and emergency services are in the process of removing the debris in the water caused by the blast.