Nine bodies, including two with their heads severed and dumped in a cool box, have been found by police in the suburbs of Tokyo.

Police confirmed on Tuesday they had arrested 27-year-old Takahiro Shiraishi, who lives in the apartment in Zama, south of Tokyo.

According to Japanese broadcaster NHK, Shiraishi told police: ‘I killed them and did some work on the bodies in order to hide the evidence.’ 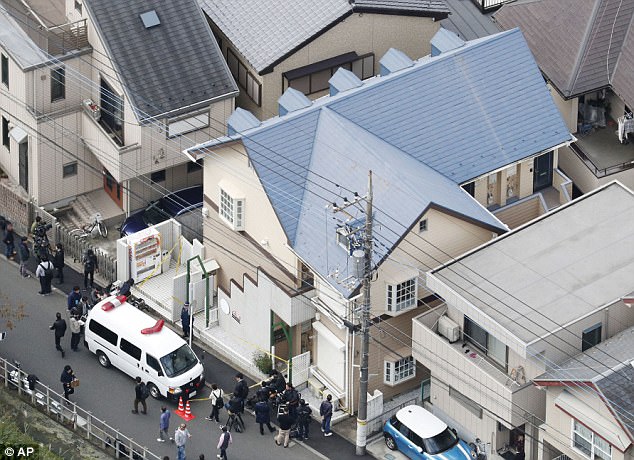 This aerial photo shows the apartment, center, where police found dismembered bodies in coolers in Zama city, southwest of Tokyo, on Tuesday

Jiji Press said Shiraishi had told police that he chopped up the bodies in a bathroom and a saw was found in his room.

The bodies were of eight women and one man, several media reported.

A police spokesman could not immediately confirm these reports.

Police found the two heads inside a cool box at the entrance of the apartment before making the grisly discovery of the other bodies, according to Jiji Press.

Police found the other bodies in a number of large boxes in the apartment, reports said.

Authorities had been investigating the disappearance of a 23-year-old woman and discovered a connection between her and Shiraishi.

This woman had earlier tweeted ‘I’m looking for someone to die with me,’ according to the Sankei Shimbun daily. 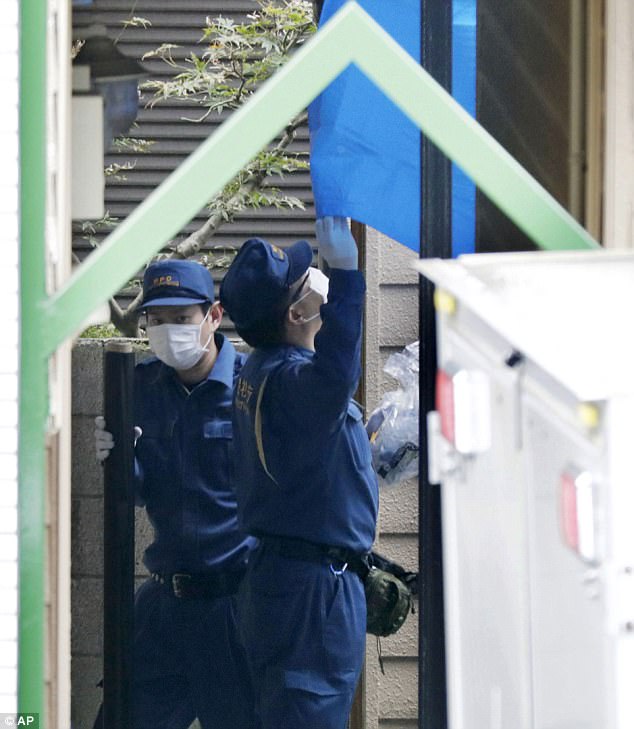 Police inspect the apartment where dismembered bodies were found in coolers in Zama. A police spokesman said Tuesday the 27-year-old suspect confessed to cutting up the bodies and hiding them in cold-storage cases, covered with cat litter

Other media said Shiraishi and the woman had connected via a website featuring information about suicides.

She had been missing since September 21 and her older brother called in her disappearance to police on Tuesday, the Asahi Shimbun reported.