Cristiano Ronaldo was left with a gruesome looking injury after clashing with Fabian Schar during Real Madrid’s win over Deportivo La Coruna on Sunday.

The star was left furious with the challenge and footage revealed by the club shows just why the star was so angry.

Ronaldo can be seen looking unimpressed as medics treated a cut to the side of his head as blood covered his face. 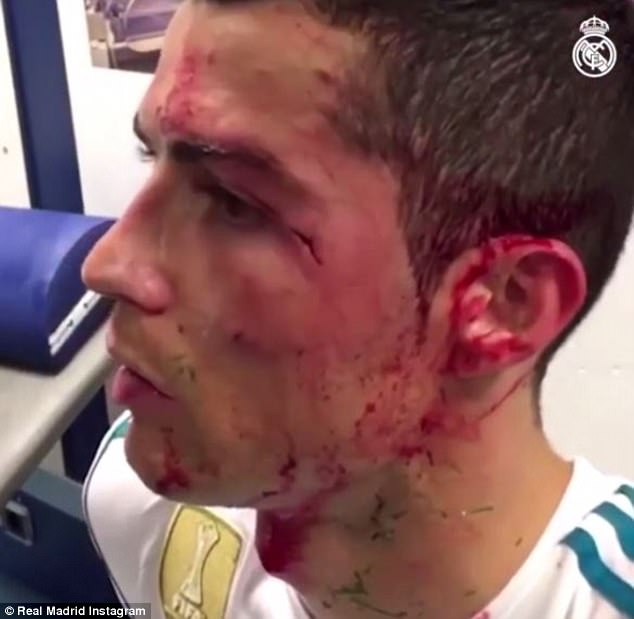 The talisman listened to the club doctors as he sat stone-faced in the dressing room following the clash.

Medics attempted to clean around the wound but the Portuguese man, and his kit, was still left covered in blood.

Despite scoring a goal in the process of picking up his injury, Ronaldo looked in no mood to celebrate his side’s dominant 7-1 win.

Such a mood would not have been improved by those who mocked the forward’s actions as he left the pitch. 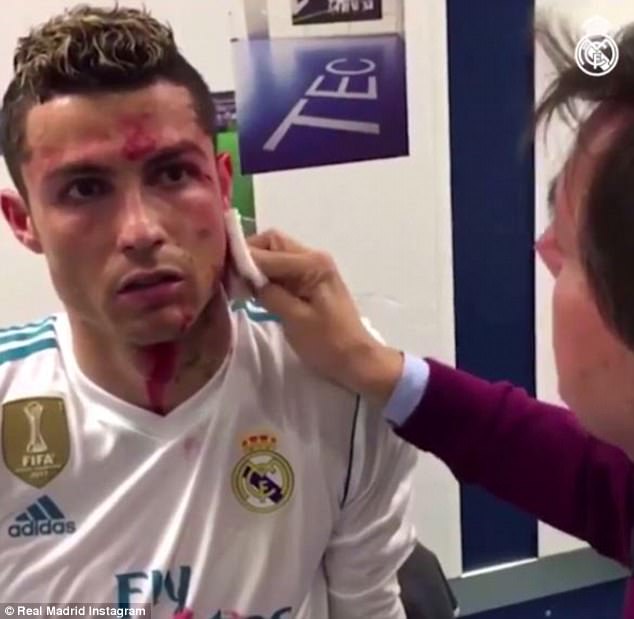 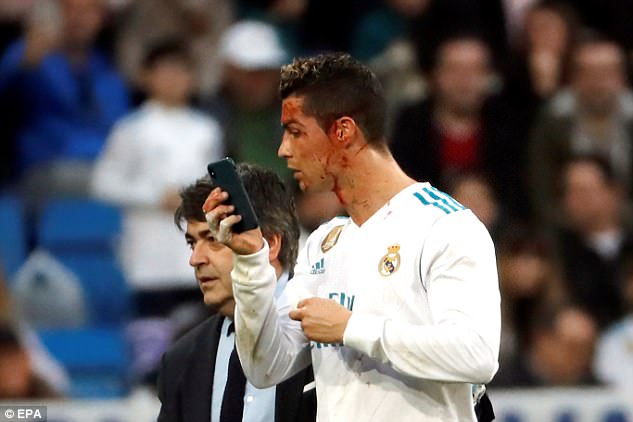 As the physio walked him off the pitch to receive treatment, Ronaldo asked for his smartphone and proceeded to check the damage.

The footage has been shared and subsequently ridiculed online with many suggesting it was the ‘most Ronaldo thing ever’.

Perhaps the strongest evidence yet that the super-star has one eye on a modelling career after his footballing days are behind him?